Major U.S. stock indexes ended slightly higher Tuesday, with the S&P 500 and Nasdaq pushing into record territory, defying concerns about high valuations and the spread of the delta variant of the coronavirus globally. Read More... 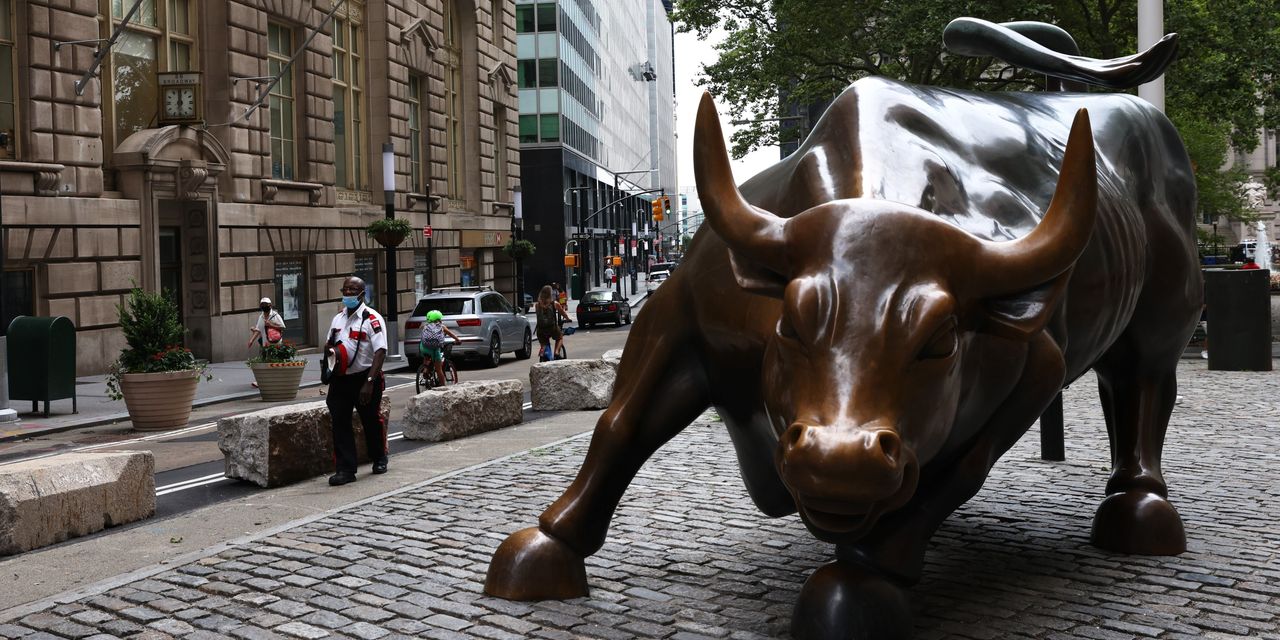 Major U.S. stock indexes were clinging to gains Tuesday afternoon, with the S&P 500 just barely pushing into record territory as shares of some big banks got a lift after announcing dividend hikes, defying concerns about high valuations and the spread of the delta variant of the coronavirus globally.

Stocks remained up in late afternoon trading, with analysts saying investors remain buoyed by optimism about the economic recovery from the COVID pandemic as consumer confidence and house prices surge.

The U.S. Conference Board on Tuesday said its consumer confidence index leapt to 127.3 this month from 120 in May, hitting its highest level since just before the pandemic took hold in March 2020.

That’s “a remarkable shift, given that payrolls are still some 10 million lower than we would have expected if the pandemic hadn’t happened,” said Ian Shepherdson, chief economist at Pantheon Macroeconomics, in a note. “But people are responding to record highs for asset prices and, presumably, to the very low recent COVID case numbers.”

Consumer confidence is also supported by “the tremendous amount of job openings,” said Jeff Mills, chief investment officer of Bryn Mawr Trust, in a phone interview Tuesday. The loss of unemployment benefits may be replaced with “actual wages,” he said.

The march to new stock market highs, however, is creating its own jitters, as investors ponder what’s left to fuel further advances, analysts said.

“Under the surface, we’re starting to see a little bit of weakness,” said Mills. “The market’s becoming a little bit more top-heavy.”

Mills explained that fewer stocks are trading above their 50-day moving average compared to April, meaning the market is being driven higher by a smaller number of companies. “Even though the stock market continues to push higher,” he said that “it’s reasonable to expect some sort of turbulence over the next couple months just given the fact that the leadership is a little bit less broad.”

Meanwhile, Bryn Mawr Trust is tilted toward value stocks as well as mid-cap and small-cap equities, a cyclical positioning that Mills expect will pay off as the economy keeps strengthening. He added that developed-market indexes outside the U.S., which are “more cyclical by design” with more exposure to areas such as financials and industrials, should have “an outsized benefit” from the global recovery from the pandemic.

While “plenty of good news” is priced into markets, and the potential remains for near-term volatility, investors shouldn’t be fearful just because markets have hit a string of new highs, said Mark Haefele, chief investment officer at UBS Global Wealth Management, in a Tuesday note.

Data going back to the 1960s shows that stocks tend to do better than average after hitting all-time highs, while a broadening global economic recovery and prospects for continued earnings growth provide a positive backdrop, he said. And despite a shift in tone by the Federal Reserve at its policy meeting earlier this month, monetary policy remains very supportive, Haefele said.

See: What’s next for the stock market’s ‘great rotation’ as ‘growth vs. value’ battle searches for direction?

Meanwhile, five of the six largest U.S. banks said Monday that they would increase dividends after the Federal Reserve last week lifted previous temporary restrictions on dividends and share buybacks.

In other U.S. economic data, home prices increased 14.6% on an annual basis in April, according to the Case-Shiller Home Price Index. A report from the Conference Board on U.S. consumer sentiment is due at 10 a.m. Eastern.

Among Fed speakers, Richmond Fed President Thomas Barkin said Tuesday that he was pretty optimistic that the U.S. labor market would unclog by the end of summer. Last week, he said that he thinks U.S. inflation pressures are temporary but the central bank needs to be careful and watch prices closely. Barkin is a voting member of the Fed’s rate-setting committee this year.

“The Fed is convinced that it’s transitory,” Matt Brill, senior portfolio manager and head of North America investment grade in Invesco’s fixed-income group, said of inflation in a phone interview Tuesday. “And they’re only focused on employment in the meantime.”

But by September, when kids go back to school and “you got a lot of the extra unemployment benefits wearing off,” and potentially more people are vaccinated, the labor market should start to “really pick up,” said Brill. The Fed at that point will have to start focusing more on whether inflation is transitory, he said, adding that he is less sure that it is. In 2022, “the market’s still going to be pretty hot,” said Brill.

On the public health front, the World Health Organization is recommending that fully vaccinated people continue to wear face masks in public, breaking with the guidance offered by the Centers of Disease Control and Prevention. The WHO is concerned about the rapid spread of the highly infectious delta variant of the virus that is racing across the world.

—Mark DeCambre contributed to this report.

FA Center: As financial advisers join the ranks of work-from-home professionals, some adjust better than others