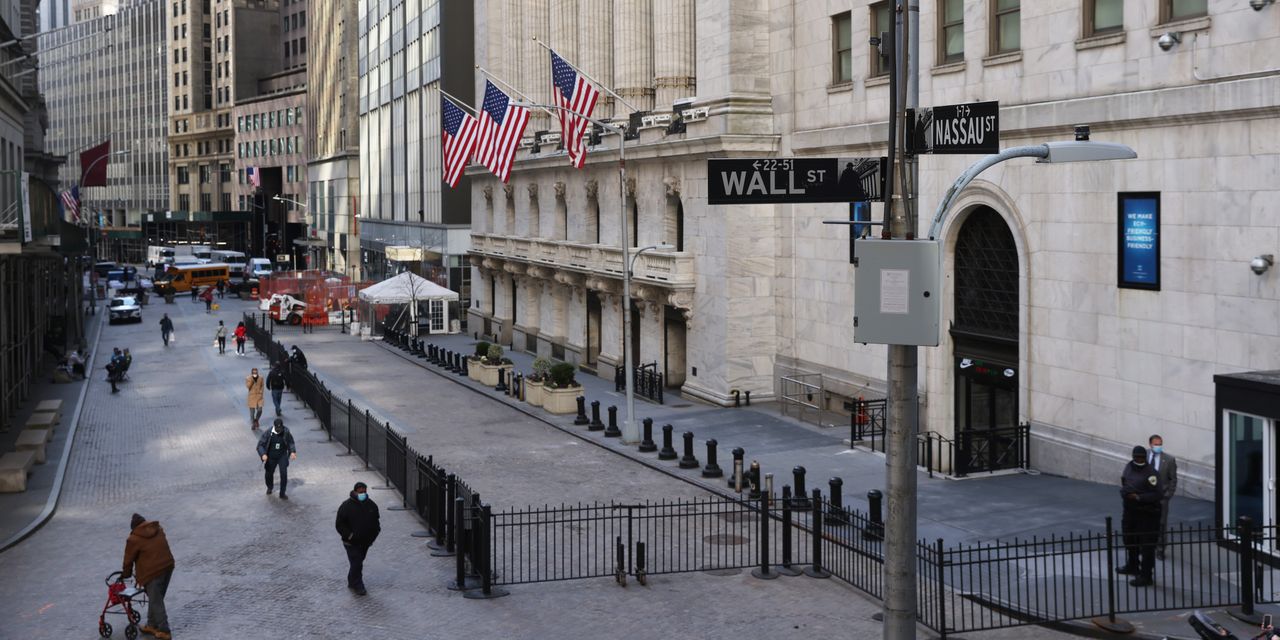 Investors will be attentive to comments from a parade of speakers from the Federal Reserve, including those from Chairman Jerome Powell later in the morning.

Equity markets have been fixated on rates, with a modest pullback of the 10-year Treasury yield TMUBMUSD10Y, 1.679% to start March’s last full week of trading in helping to boost technology-related stocks, which were big winners amid the COVID-19 pandemic but have been under pressure more recently as yields have risen.

Investors have been skittish about the outlook for buying stocks because fiscal stimulus, state reopenings and vaccine rollouts are likely to lead to a major upswing for the economy and higher interest rates, as falling bond prices push yields higher and make speculative and high-growth assets look less compelling.

“Watch out for further gains for US yields, as this could negatively impact the relatively lower-yielding growth stocks and buck-denominated metals in the weeks ahead,” wrote Fawad Razaqzada, market analyst at ThinkMarkets, in a Monday note.

“However, if yields were to reverse then that should provide a positive backdrop for these markets,” the analyst said.

Last week’s slide lower for major benchmarks came after the Federal Reserve appeared to strike a dovish tone at its policy meeting on Wednesday but bond yields rose on expectations for economic recovery and inflation this year.

Markets have also been fretting about the central bank’s decision to sunset  a yearlong reprieve that had eased capital requirements for big banks. That disappointed investors who had hoped for an extension, raising worries that appetite for bond prices may take a leg lower, putting further pressure on yields, if banks aren’t able to exclude assets like Treasurys from their so-called supplementary leverage ratios.

Market participants may get another chance to hear from Fed Chairman Jerome Powell at 9 a.m. Eastern Time when he speaks at an event hosted by the Bank for International Settlements on innovation in the digital age.

On the public health front, AstaZeneca AZN, -0.24% on Monday said that its COVID-19 vaccine was shown to be safe and 79% effective in preventing symptomatic disease in final-stage U.S. clinical trials. The U.S. trial indicated no increased chance of blood-clotting, which had led to the suspension of the vaccine in parts of Europe.

Alphabet drops after reporting a slowdown in ad revenue