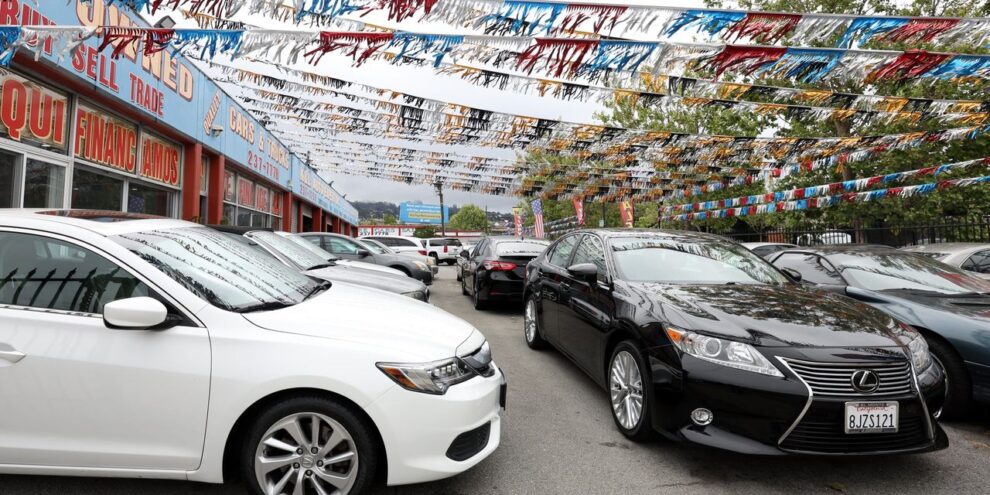 Important inflation data will be released ahead of the U.S. market open. Stock futures are on the fence. Read More...

U.S. stock futures pointed to a choppy start for Wall Street on Friday, with investors in a nervous wait for May inflation data a day after a sharp selloff for equities.

How are stock-index futures trading

The consumer-price index is expected to show a large 0.7% increase when the report is released ahead of the open — more than double the gain in the prior month. In April, the yearly rate fell for the first time in eight months to 8.3%. The prior 8.5% reading in March was the biggest since December of 1981.

See: U.S. didn’t get any relief from high inflation in May – CPI to show another big gain

“Analysts expect the U.S. inflation to stabilize around last month’s 8.3% level, but we could see a bad surprise today, as the positive pressure on food and energy prices and the unexpected uptick in secondhand car prices in May could prevent the index to ease for a second consecutive month,” said Ipek Ozkardeskaya, senior analyst at Swissquote Bank, in a note to clients.

“A stronger-than-expected inflation figure would revive the Federal Reserve hawks, and eventually push the S&P 500 below the 4000 mark before the weekly closing bell. A softer inflation read on the other hand, would resuscitate hope that inflation has peaked two months ago, and the worst is behind,” said the analyst.

U.S. stocks tracked European equities lower on Thursday after the European Central Bank announced that its first interest-rate hike in more than a decade will take place next month, with another likely in September, in a bid to get surging inflation under control.

The central bank also said it would halt its asset buying program next month. European stocks resumed declines on Friday, with the Stoxx Europe 600 index SXXP, -1.05% down 1.3% in early trade.

The U.S. inflation data comes as a Federal Reserve meeting looms for next week. The Bank of England, the Swiss National Bank and the Bank of Japan will also holding meetings next week.

The University of Michigan consumer sentiment index for June will be released at 10 a.m.,