U.S. stocks closed higher Friday, booking weekly gains with support from data confirming an economic recovery from the coronavirus pandemic, despite inflation running at its highest annual rate in about 13 years. Read More... 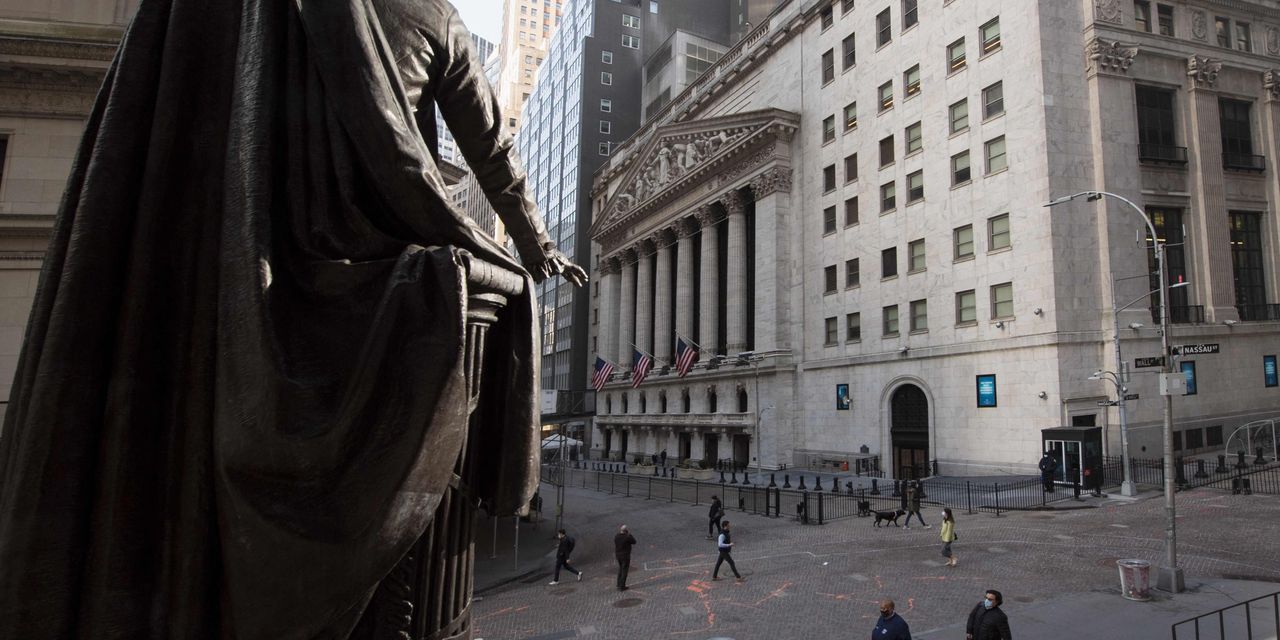 U.S. stocks closed higher Friday, booking weekly gains with support from data confirming an economic recovery from the coronavirus pandemic, despite inflation running at its highest annual rate in about 13 years.

U.S. financial markets will be closed on Monday in observance of the Memorial Day holiday.

The Russell 2000 saw a weekly return of 2.4% and a monthly gain of 0.1%, which marks its eighth straight monthly gain and its longest such winning streak since 1995.

U.S. equity market investors closed out May with major indexes near all-time highs, after Wall Street sorted through the latest consumer spending, income and inflation data, along with news on the fading pandemic.

The U.S.’s PCE inflation rate approached its highest level in nearly 13 years at 3.6%, higher than the 2.9% that economists’ surveyed by Dow Jones had forecast. That marks the highest level since 2008. On a month-over-month basis, PCE inflation rose 0.6% in April, while the core rate up rose 0.7%.

The core price index, which strips out volatile food and fuel prices, rose 3.1% in the year through April — marking the fastest pace since 1992.

In other data, the Chicago Business Barometer, also known as the Chicago PMI, jumped to 75.2 in May from 72.1, which was the highest since December 1983.

“Everyone is watching to see if this inflation is indeed transitory,” said Mona Mahajan, U.S. investment strategist at Allianz Global Investors, in an interview Friday. It “might be stickier than markets think,” she said, citing supply shortages in areas like semiconductors, labor shortages, higher commodity prices, as well as housing and financial markets that have run “pretty hot.”

Mahajan is looking to the Federal Reserve’s meeting in Jackson Hole, Wyoming this summer for potential talk about how it might begin tapering its asset purchases. “If there is a change in stance or policy, I think we might get it then,” she said.

Tapering could prompt a rise in 10-year Treasury yields, potentially putting pressure on “anything that’s considered longer duration,” including technology and discretionary stocks, according to Mahajan. “Similarly, the bond-proxy sectors like utilities tend to underperform in that environment, as well,” she added, saying at some point the Fed will have to remove some of its “crisis-level accommodation.”

The Jackson Hole Economic Symposium will be held in person from August 26-28, according to a report Friday from U.S. economists at Bank of America. Next Friday’s May employment report will be “a critical data point for the Fed in deciding the path of monetary policy, especially given the surge in inflation and inflation expectations,” they said in the BofA Global Research report.

The May employment report, due next Friday, “looms large” after a disappointing nonfarm payrolls print in April, the economists said. Investors will be looking to see whether the April employment report was a “fluke” or “employment activity has stalled due to the mismatch between supply and demand.”

However, inflation worries appear to be creeping into the psyche of American consumers. A final reading of the consumer-sentiment index issued Friday edged up to 82.9 from an initial 82.8, the University of Michigan said Friday, down from a 13-month high of 88.3 in April.

Read: ‘I am worried about day-to-day people,’ when it comes to rising inflation, warns investment manager

That said, economists expect sentiment to improve over the next few months as the recovery from COVID continues to get better.

“Looking ahead, attitudes will improve over the summer as wider vaccine eligibility, lifted activity restrictions, and an accelerating labor market recovery lifts sentiment back towards pre-pandemic levels,” wrote economists Mahir Rasheed and Greg Daco at Oxford Economics in a research note.

Meanwhile, President Joe Biden’s administration unveiled its $6 trillion budget Friday, projecting a deficit of $1.8 trillion for the next fiscal year as the White House pushes for big spending on things like infrastructure and education. While the projected deficit is high by recent historical standards, it’s a sharp drop from the $3.1 trillion recorded last year under former President Donald Trump, MarketWatch reported.

Read: Biden’s budget would run $1.8 trillion deficit next year — and trillion-dollar-plus shortfalls through this decade

“Failing to make these investments at a time of such low interest costs would be a historic missed opportunity that would leave future generations worse off,” acting Office of Management and Budget Director Shalanda Young told reporters.

On the coronavirus front, there is growing optimism in the U.S., where COVID-19 cases, deaths and hospitalizations have fallen fast since the vaccine program kicked into high gear. Daily deaths are at their lowest level since last summer, while cases are down 35% from two weeks ago, according to a New York Times tracker.

“In the near term, I think the path of least resistance is higher for the markets,” said Jeff Schulze, an investment strategist at ClearBridge Investments, in an interview Friday. But “once you get closer to Jackson Hole” and the reality that the Fed may start to tighten its policy, “it’s going to be a good excuse for investors to take some cash off the table after a very strong run.”

Facebook's Sandberg: Political Ads Are Important Part of the Dialogue

Amazon Go Has a Cash Problem It's Trying to Solve

Report: Tilray and Aphria in “Advanced” Merger Talks; Announcement Could Come This Week