U.S. stocks trade modestly higher Wednesday in muted morning trade ahead of the release of minutes from the Federal Reserve’s March policy meeting which may offer clues on the central bank's strategy if the economic rebound from the coronavirus pandemic runs too hot. Read More... 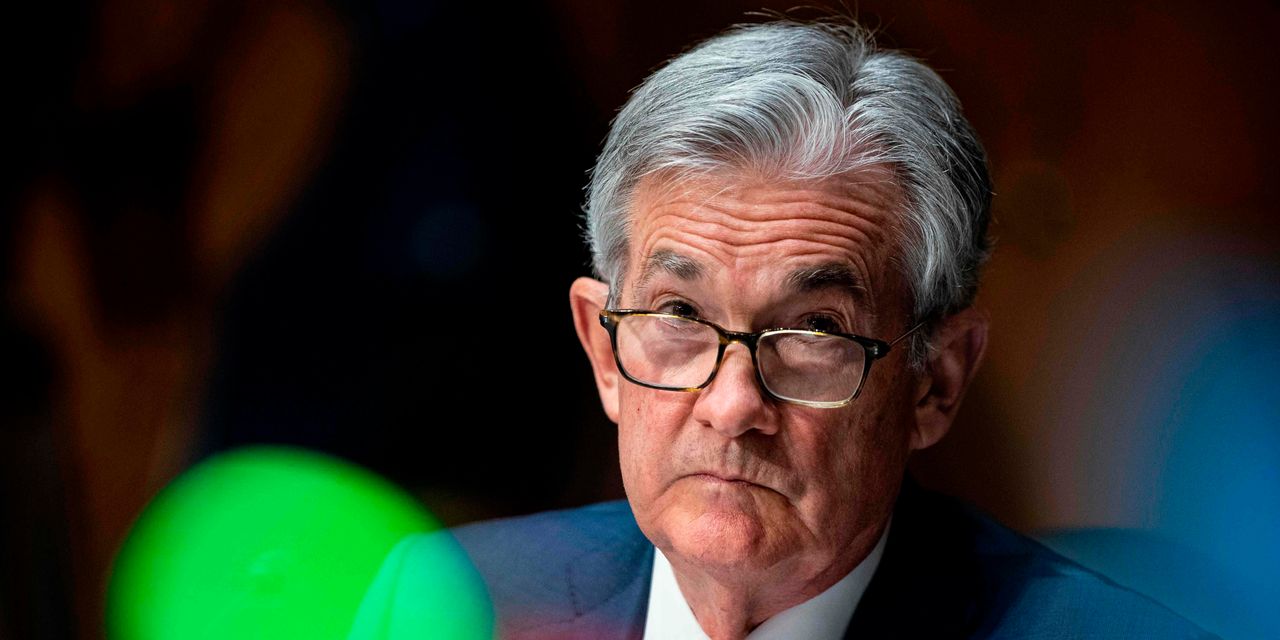 U.S. stocks held minor gains Wednesday midmorning in muted trade ahead of the release of minutes from the Federal Reserve’s March policy meeting which may offer clues on the central bank’s strategy if the economic rebound from the coronavirus pandemic runs too hot.

Optimism about the outlook for the business climate is growing as more Americans get vaccine doses and as Washington aims for more spending measures to help facilitate a fuller recovery from the coronavirus pandemic.

So far this year, investors have favored assets that do better at the start of the economic cycle, marking a so-called value rotation.

“We haven’t seen this kind of value rally since 2016,” said Diane Jaffee, senior portfolio manager at TCW. “Just like there are super growth cycles, I do believe there are super value cycles. It didn’t come to pass in 2016 but I think we are in one now.”

Investors will await an account of the Fed’s two-day meeting on March 16-17, set to be released at 2 p.m. Eastern Time. At that meeting, policymakers raised their forecasts for U.S. economic growth and inflation, but emphasized that accommodative monetary policy would stay in place until 2023.

However, the market has pushed back on those projections, with bond yields rising rapidly this year on expectations that the accelerating economic recovery from the pandemic could spur higher inflation.

Market participants, on average, are expecting four quarter-percentage point rate increases by the end of 2023 from the current range of 0% to 0.25%.

“I think investors are starting to realized that there will be a short-term rise in inflation, but it’s not going to be sustained,” Jaffee told MarketWatch. “Still, if the yield curve turns more positive or the 10-year yield rises but it’s because of economic growth, that’s a good thing. That’s what we’ve been waiting for these past 10 years!”

While most investors are aware that a big boost in infrastructure spending will help sectors like materials XLB, -0.67% and industrials XLI, -0.25%, Jaffee also thinks banks XLI, -0.25% have a lot of things going in their favor, including some technical factors that will boost earnings, and some regulatory relief.

“We expect the minutes to confirm that the Fed is not considering to start normalization sooner than it pledged to do so, which could allow stock indexes to continue trending north,” wrote Charalambos Pissouros, senior market analyst at JFD Group.

“Even though officials upgraded their economic and inflation forecasts—inflation is seen at 2.4% this year, Fed Chair Powell clearly said that this will be temporary and would not meet their standards,” wrote Pissouros.

“He also stuck to his guns that it is too early to discuss tapering [quantitative easing],” but some skeptics are expecting that the Fed could indicate plans to taper its bond-buying program as early as the end of this year.

A rise in bond yields has abated somewhat, with the 10-year Treasury note yield TMUBMUSD10Y, 1.650% at around 1.65% Wednesday morning from 1.72% on Friday. The retreat in benchmarks bond yields has helped to foster some appetite for technology stocks which benefit from a low interest rate regime.

Meanwhile, JPMorgan Chase & Co. JPM Chairman and CEO Jamie Dimon published his annual letter to shareholders on Wednesday, and offered an upbeat view of the economy.

“I have little doubt that with excess savings, new stimulus savings, huge deficit spending, more QE, a new potential infrastructure bill, a successful vaccine and euphoria around the end of the pandemic, the U.S. economy will likely boom,” the executive wrote. “This boom could easily run into 2023 because all the spending could extend well into 2023.”

Read next: Here are the ETFs to help you invest in the Biden infrastructure plan

Putin opponent fighting for his life after suspected poisoning. A bad moodsetter for Moscow’s Belarus talks with EU leaders

Mark Hulbert: Insiders are now unloading stocks — here’s why you shouldn’t see this as a sell signal for this market

Market Extra: Here’s how the stock market tends to perform after the Fed cuts interest rates 3 times in a row