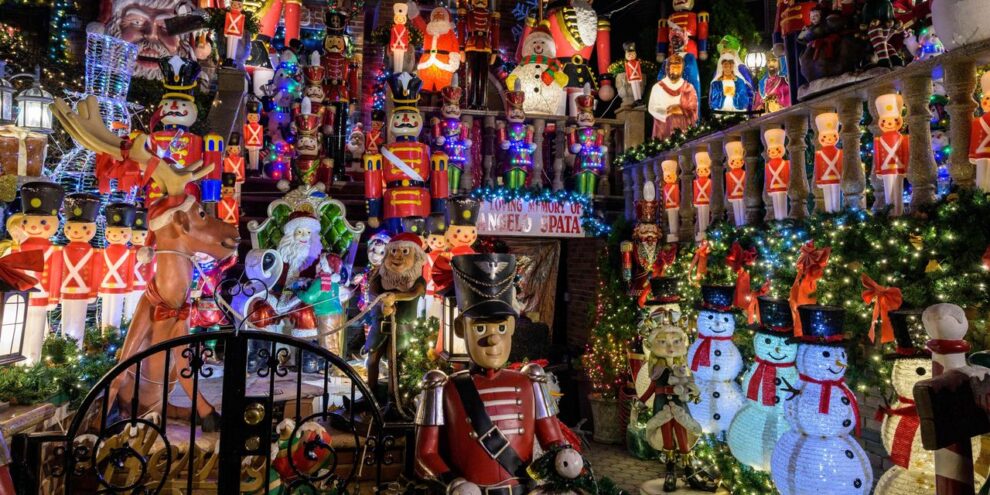 This Christmas, investors might want to bet on a lump of coal instead of Santa Claus delivering tangible stock-market gains to Wall Street. Read More... 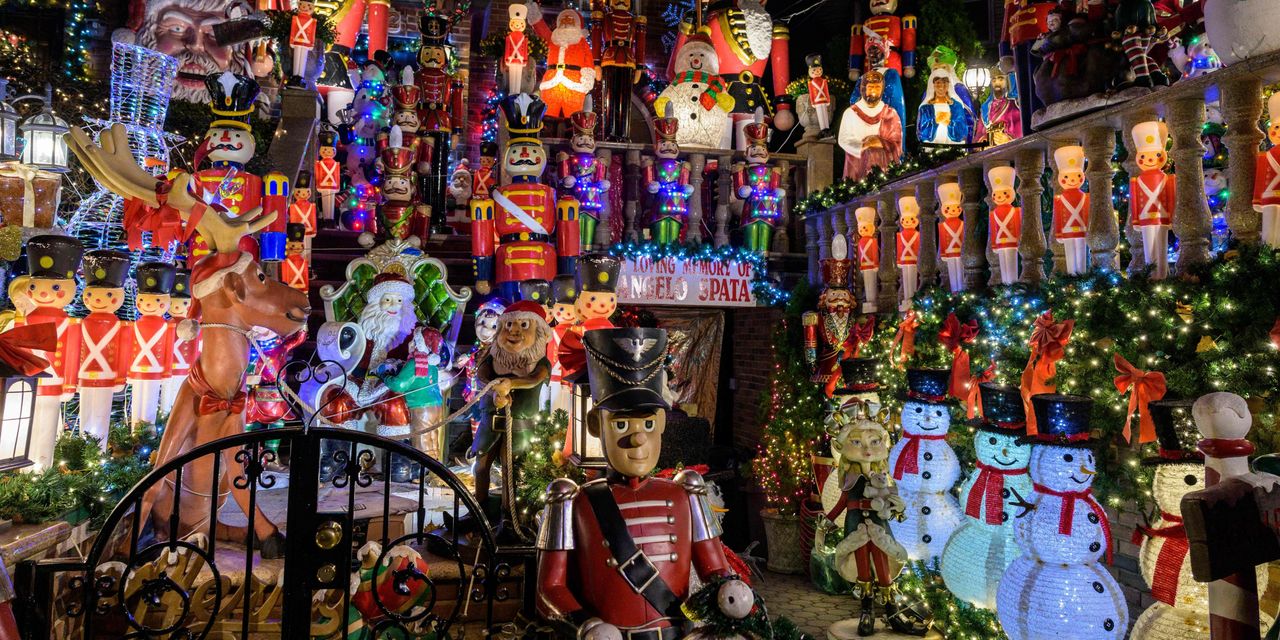 Investors, like kids on Christmas Eve, have come to expect Santa Claus will get down the chimney, march over to Wall Street and deliver the rewarding gift of a stock-market rally.

This year, however, investors might be better off betting on a lump of coal, rather than waiting for tangible stock-market gains to emerge in this holiday season, market analysts said.

U.S. stock indexes tumbled last week, with the S&P 500 SPX, +0.23% and the Dow Jones Industrial Average DJIA, +0.32% both booking their sharpest weekly declines in nearly three months, according to Dow Jones Market Data. The drop occurred as stronger-than-expected economic data added to concerns that the Federal Reserve might need to be more aggressive in its inflation battle than earlier anticipated, even with alarms flashing about a potential economic recession.

Santa Claus tends to come to Wall Street almost every year, bringing a short rally in the last five trading days of December, and the first two days of January. Since 1969, the Santa Rally has boosted the S&P 500 by an average of 1.3%, according to data from Stock Trader’s Almanac.

“December is the seasonally strongest month of the year, particularly in a midterm election year. So, December has been positive most of the time,” said David Keller, chief market strategist at StockCharts.com. “It would actually be very unusual for stocks to sell off dramatically in December.”

Will Wall Street get a Santa Claus Rally?

A rotten year for financial assets has begun drawing to a close under a cloud of uncertainty. Given the Federal Reserve’s tough stance on bringing inflation down to its 2% target and already volatile financial markets, many analysts think investors shouldn’t focus too much on whether Santa Claus ends up being naughty or nice.

“Next (this) week is going to be a huge week for the markets as they attempt to find some footing heading into year end,” said Cliff Hodge, chief investment officer at Cornerstone Wealth, in emailed comments Friday.

That makes the Fed’s rate decisions this week and fresh inflation data even more crucial to equity markets. Friday’s wholesale prices rose more than expected in November, dampening hopes that inflation might be cooling off. The core producer-price index, which excludes volatile food, energy and trade prices, also rose 0.3% in November, up from a 0.2% gain in the prior month, the Labor Department said.

The corresponding November consumer-price index report, due at 8:30 a.m. Eastern on Tuesday, will further show if inflation is subsiding. The CPI increased 0.4% in October and 7.7% from a year ago. The core reading increased 0.3% for the month and 6.3% on an annual basis.

“If the CPI print comes in at 5% on core, then you’d get a real selloff in bonds and in equities. If inflation is still running hotter and you have a recession, can the Fed cut rates? Maybe not. Then you start getting into the stagflation scenarios,” said Ron Temple, head of U.S. equities at Lazard Asset Management.

Traders are pricing in a 77% probability that the Fed will raise its policy interest rate by 50 basis points to a range of 4.25% to 4.50% on Wednesday, the last day of its Dec. 13-14 meeting, according to the CME FedWatch tool. That would be a slower pace than its four consecutive 0.75 point rate hikes since June.

See: 5 things to watch when the Fed makes its interest-rate decision

John Porter, chief investment officer and head of equity at Newton Investment Management, expects no surprises this week in terms of how much the Fed will raise interest rates. He does, however, anticipate stock-market investors will closely watch Fed Chair Powell’s press conference for insights into the decision and “hang on every single word.”

“Investors are contorting themselves almost into a pretzel and trying to over-interpret the language,” Porter told MarketWatch via phone. “Listen to what they say, not listen to what you want them to say. They [Fed officials] are going to continue to be vigilant, and they have to watch inflation.”

Does the ‘Santa’ rally really exist?

For years, market analysts have examined potential reasons for the typical seasonal Santa Claus pattern. But with this year still awash in red, some think a rally in late December could become a self-fulfilling prophecy, simply because investors might search for any reason to be slightly merry.

“If everyone’s focused on the positive seasonals, it could become more of this narrative that drives things rather than anything more fundamental,” David Lefkowitz, head of equities Americas of UBS Global Wealth Management, told MarketWatch via phone.

“Markets tend to like the holly-jolly spending season so much, so there’s a name for the rally that tends to happen at the end of the year,” said Liz Young, head of investment strategy at SoFi. “For what it’s worth, I think ‘Santa Claus Rally’ holds as much predictive power as ‘Sell in May and Walk Away,’ which is minimal and coincidental at best.”

While the three main U.S. stock indexes booked sharply weekly losses, equities have rallied off the October lows. The S&P 500 has rallied 9.9% from its October low through Friday, while the Dow Jones Industrial Average DJIA, +0.32% gained 16.5% and the Nasdaq Composite COMP, +0.23% advanced 6.6%, according to Dow Jones Market Data.

However, many top Wall Street analysts also see reasons for alarm, specifically that the stock market’s bounce off the recent lows is likely running out of room.

So, are investors ignoring warnings? Despite talk of the seeming inevitability of a year-end rally, several recent rally attempts failed, while Wall Street’s CBOE Volatility Index VIX, +6.92%, or “fear gauge,” was at 22.86 at Friday’s close. A drop below 20 on the VIX can signify that investor fears about potential market ructions are easing.

Later this week, not long after the CPI and the Fed decision, investors will also receive November retail sales data and industrial production index on Thursday, followed by the S&P Global’s flash PMI readings on Friday.

See: BNP Paribas studied 100 years of market crashes — here’s what it says is coming next