Federal Reserve Chairman Jerome Powell is putting a spotlight on the growing tent city near his Washington, D.C. office and the people hardest-hit by the pandemic. Here's why the pain felt on Main Street could matter a lot for Wall Street. Read More... 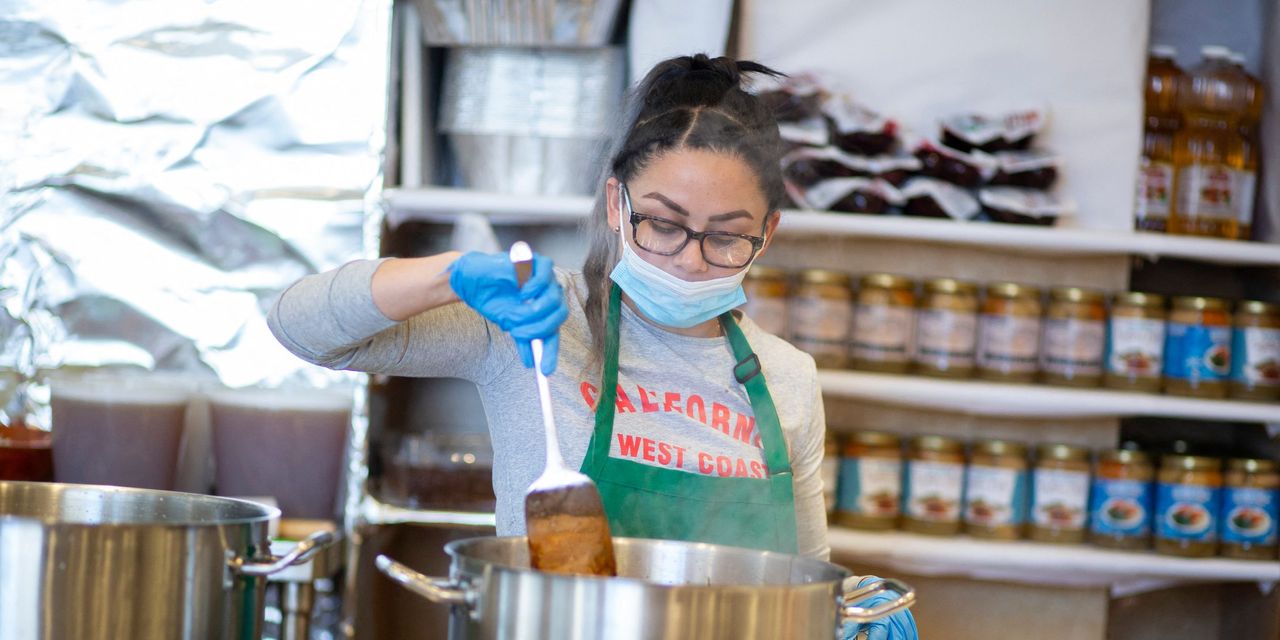 Hoovervilles, the shantytowns built in New York City’s Central Park and other open spaces during the Great Depression, became a lasting image of a decade scarred by soaring unemployment and hunger.

When Federal Reserve Chairman Jerome Powell meets with officials next Wednesday to provide an update on the economy, there’s little expectation for any policy changes, but investors no doubt will be listening to his remarks for hints about what the recovery in employment or rise in inflation after the pandemic might mean for financial markets.

Investors also may want to pay close attention to what else Powell might say about the homeless encampment two blocks from his Washington, D.C. office, a topic the central bank chief recently mentioned three times in the span of seven days as noted by the Washington Post.

“He’s using his profile to call attention to it,” said Sheila Bair, former head of the U.S. Federal Deposit Insurance Corporation, of Powell’s recent emphasis on the D.C. tent city, as well as his frequent mention of the nation’s vast income inequality in the past year and the worsening poverty rate during the pandemic.

“But what the Fed really hasn’t talked about,” Bair said, is how “inequality has been made worse by monetary policy,” particularly since most assets, including soaring stocks benefit from his COVID-era policies, but are owned mostly by the wealthy.

Bair, a key architect of post-2008 financial crisis banking reforms, wants to hear Powell speak more about the “limits of monetary policy, that may be doing more harm than good,” particularly when it comes to households and retirees looking to grow savings without taking on too much risk.

“No one questions his motives, or his best of intentions,” Bair said. “But is it really helping more than it’s hurting?”

Karen Petrou, a banking policy expert who recently finished writing a book called “Engine of Inequality,” about the pitfalls of Fed policy, wants the Fed to stop relying on “bad data” to inform its decisions, while ignoring the fact that the U.S. no longer has a “large and vibrant middle class.”

She also wants the Fed to promptly say it is opposed to keeping interest rates low as economic activity picks up, and to stop providing an “ironclad” safety net for sectors like the U.S. high-yield bond market.

“You take a risk, you pay the price,” Petrou, the co-founder Federal Financial Analytics, Inc. told MarketWatch, while warning that Fed backstops, including its slate of emergency lending facilities rolled out last year, create an “acute moral hazard” that could be “potentially terminal, with markets expecting the Fed always to rescue them.”

U.S. corporations borrowed record amounts of debt in the bond market during the recent years of ultra low interest rates. The central bank’s near $120 billion a month asset-purchase program of Treasurys BX:TMUBMUSD10Y and mortgage bonds MBB, -0.10% not only have kept credit flowing on Wall Street, but also contributed to accelerating asset values as investors hunted for yield.

Earlier in April, yields on the “junkiest” bracket of CCC-rated and lower-rated U.S. high-yield bonds tumbled to a new low of about 7.1%, which compares with a record high of almost 40% in 2008.

For a brief stretch last year, the Fed was buying up corporate debt for the first time in history. That program ended in late December, in part because borrowing conditions for big corporations rarely had been better, even for businesses considered fairly risky. But many market participants still view the program as idling in the background, waiting to be revived, if needed.

About the Roaring ’20s

About a week ago, the new Federal Reserve Board Governor Christopher Waller said the economy was “ready to rip” and forecast that U.S. gross domestic product could expand at a 6.5% rate for the year.

Waller also suggested it was too early for the central bank to pull back its support, given the need to make up for the more than 8 million jobs still lost to the pandemic.

The promise of continued monetary support until the economy fully heals along with the milestones hit in the U.S. vaccination rollout, helped the blue-chip Dow Jones Industrial Average DJIA, +0.67% shrug off concerns around a potential capital-gains tax hike proposed by President Joe Biden this week and the S&P 500 index SPX, +1.09% finished Friday near a record high.

Read: Capital gains tax hike? Why the stock market bounced back so fast

It’s probably as good a time as any to reflect on what followed past periods of vast U.S. wealth disparity.

A decade of crisis followed the Roaring 1920s, a “period of optimism and prosperity — for some Americans,” per the Herbert Hoover Presidential Library and Museum, which ended in the 1929 stock market crash and was followed by the 1933 banking crisis.

While history also points to the pitfalls of unbridled speculation, the Fed has repeatedly vowed to do whatever it takes to keep credit flowing during the pandemic of the past year. The hope has been that it can keep businesses afloat until the COVID-19 threat recedes, while also preventing 1930s levels of economic distress.

“He’s trying to come up with this narrative, that they are going to keep the foot on the pedal because of issues he’s worried about with all of these people on the sidelines,” said Peter Duffy, chief investment officer of credit at Penn Capital, about Powell’s recent remarks on homeless encampments.

“But if you look at the JOLTS number, which tracks job openings, the evidence might suggest that some small businesses are having trouble finding workers, and that workers might need to be coaxed off the sidelines, because they have been receiving nice stimulus checks.”

But Duffy also expects the mismatch between job openings and those still out of work to ease this spring, as the weather warms in the northeast at least and more of the U.S. population gets fully vaccinated.

“A month or two matters, here, a lot,” he said, in a telephone interview.

“What I worry about,” Bair told MarketWatch, is that Powell’s focus on tent cities could end up translating to even more aggressive Fed interventions into markets, which won’t benefit lower-income workers who are most vulnerable to losing a job or a home, but instead ratchets up financial risks in the system.

“I do assume that they stay the course,” Bair said of Powell’s frequent reassurances that benchmark interest rates will stay steady, near zero, through 2023, even if the economy seems to be at an inflection point. “But at least be more willing to use financial oversight powers to address some of the instabilities this is creating,” she said.

Despite what others may think, Bair also sees places where the Fed still has ammunition to use, even if it might look different.

“I would first and foremost make sure we have a stable financial system,” Bair said. “If we have another financial crisis, African American households are going to be hit the hardest, along with other lower-income families.”

“I do think there is a lot of embedded bias in risk weight [measures and bank capital] requirements,” she said, adding that they “disproportionately impact minority families.” “Causation isn’t correlation, but at the end of the day, they make it a lot more profitable to lend to rich people.”

In terms of economic data in the week ahead, the highlight will probably be the release of the first estimate of first quarter economic growth or GDP on Thursday, a day after the Fed policy meeting statement and Powell’s press conference on Wednesday.

But investors will also digest U.S. durable and core capital goods orders for March on Monday, followed Tuesday by the latest Case-Shiller home price index, a consumer confidence index and the homeownership rate for the first quarter and Friday will bring data on personal income and spending.

Snowflake Stock Is Really, Really Expensive After Its IPO