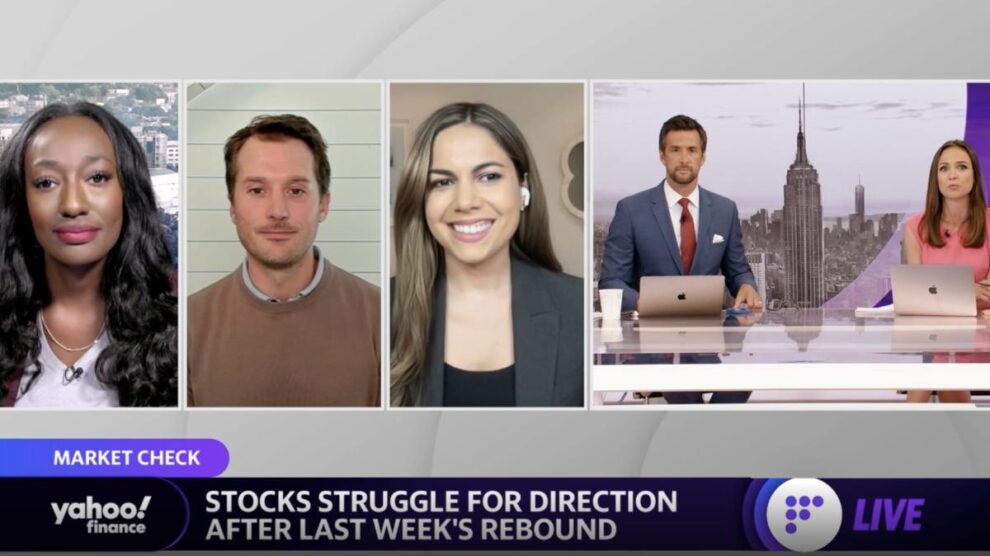 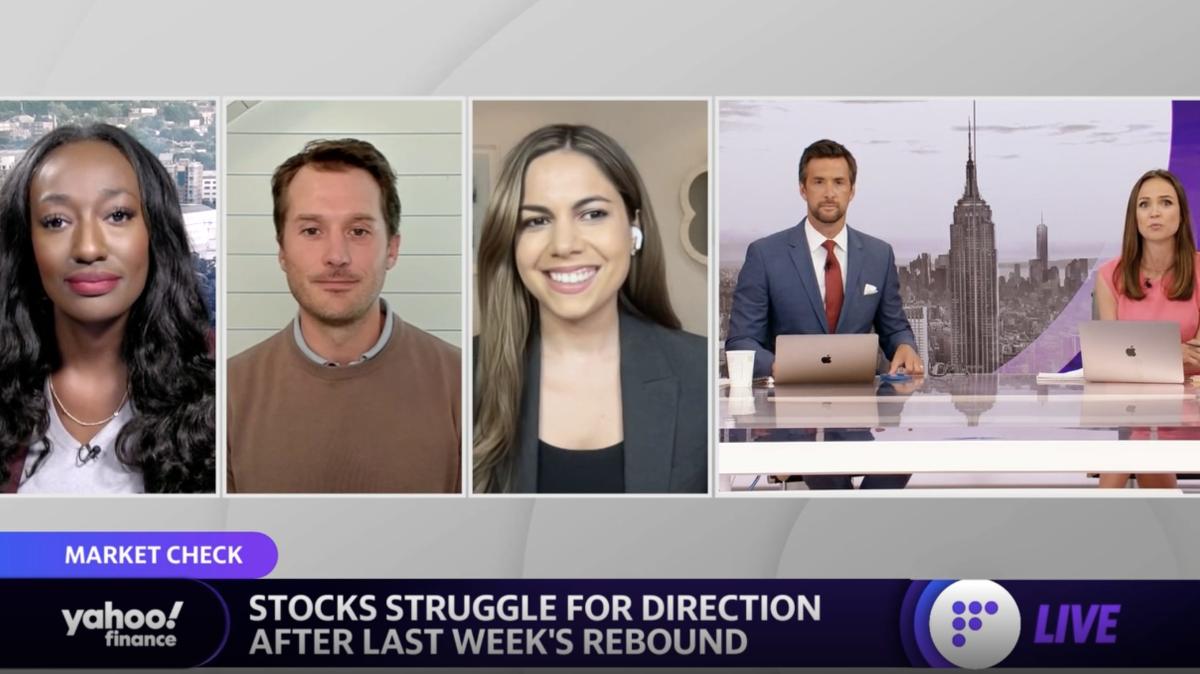 – That was the closing bell on Wall Street, sponsored by tastyworks. Taking a look at where things ended the day, all three of the major averages in the red, although off the lows of the day. The Dow off just about 61 points. Biggest decliners inside the Dow today Salesforce, Nike, and Boeing. You can see the S&P closing off about 3/10 of percent. The NASDAQ was the biggest decliner of the major averages, off nearly 1%.

The sector action today energy, utilities, health care outperforming, but technology and consumer names dragging the major averages lower. Well, for more on today’s action, let’s bring in Robert Cantwell, Upholdings his portfolio manager, and Jacqueline Remmen, Morgan Stanley Private Wealth Management advisor. It’s great to see both of you. Jacqueline, let me start with you. We’re trying to make sense of the market’s latest moves. It looks like for most of the day we were struggling for a sense of direction. What do you make, I guess, of the recent sell-off and how we’re set up here heading into the new week?

JACQUELINE REMMEN: Thanks so much. It’s great to be here. Yeah, the volatility that we’ve seen today is really what we’ve been expecting and expect to see as we digest information, a lot of the economic data that’s coming out over the next couple of days. And what we’re talking to clients about is the importance of diversification, of rebalancing, and of really positioning portfolios in an all-weather way to really endure the volatility that we’re seeing. And that means defensive value, companies that are increasing their dividends, have operational efficiency, and are really focused on cash flow.

– And Robert, for your clients that are coming to you, what are their key questions at this stage of they sort of deciding whether or not we will have a recession this year versus next year and how they should be positioning themselves?

ROBERT CANTWELL: Sure. Yeah. Investors have had to deal with an incredible amount of volatility these past couple of years. This second quarter the S&P 500 is on track to have its worst quarter since the first quarter of 2020 when COVID first struck. So folks are confused, because that last time we were able to print money to get out of it. But this time around, the problem is inflation, and the last thing that you can do is print money.

And so, folks are settling in for what is potentially a longer recovery time horizon. Now, that said, we are actually a bit more aggressive in market environments like this, because we think it’s pretty rare to get these types of prices for some incredible assets. And certainly within the cloud software universe specifically, AWS and Datadog, these are areas where we’ve actually been putting a lot more investment in our fund and also recommending to our clients that if there were a time to get more aggressive, this is it.

– Jacqueline, is this time to get aggressive? And there’s been a lot of discussion in recent months about the 60-40 model, given the volatility we are seeing. You say it is still the right formula. Why?

JACQUELINE REMMEN: Yeah, great question. You know, we think that there’s a lot of great opportunity in the market right now. The S&P overall is trading at a P of 16.3 times, which is way below, historically, where it’s been in the past couple of years. So definitely opportunity.

And to answer your question about this 60-40, we know that just looking both stocks and bonds have had a rough start to the year. But overall, you minimize the overall downside return by about 33% year-to-date by being in that 60-40, and we think that it endures, especially given the volatility that we’re seeing just like a day like today.

– Robert, what would you say is the catalyst that’s needed in order for the markets to march higher and get back to those all-time highs that we were not too long ago?

ROBERT CANTWELL: Yeah, it’s tricky. There’s a few things at play here that we’re on the lookout for. So as Jacqueline mentioned, yes, the S&P is at a 16 times earnings number, which sounds good. However, that earnings number that you’re multiplying it against is potentially at serious risk. And so, where we see opportunities for investment is take the e-commerce space for example.

Amazon has been very public about how much they over grew during COVID. They over expanded warehouses. The first half of 2021 was some of the fastest growth rates you’ve ever seen for Amazon. Fast-forward to the first half of 2022, their earnings have been crushed, their growth rates have slowed down, and so, getting to your question about catalysts, interestingly, e-commerce still is in fact penetrating traditional offline retail.

– So then, Jacqueline, if you have to have a formula for which stocks look the most appealing– because, obviously, not all cheap stocks are good stocks or the value buys right now– what formula are you using?

JACQUELINE REMMEN: Yeah, great question. We’re really focused on active stock picking, both within sectors that we think are going to benefit– right now, we’re looking value and defensive too, as we see inflation start to peak. We’re also looking at companies that are going to be able to endure, have pricing power, are increasing dividends, looking to do share buybacks and mergers and acquisitions going forward. So really looking at individual merits of companies and also those with really strong balance sheets that can endure the volatility that we’re seeing in the market.

ROBERT CANTWELL: I’m on the long time horizon. I’m on invested in stocks that are going to survive four or five recessions and put our kids through college one day. So we probably are. My guess is we’ve already experienced a recession. And so, I think the question is how long and lasting is this recession. As I mentioned, comparables to last year, things are going to start looking and feeling better as the year wears on and on. And whether or not we hit a technical recession from the way that it’s calculated, perhaps we do. But I don’t think that’s the thing that’s going to change investor’s outlooks for the rest of this year.

– Jacqueline, what do you think about that?

JACQUELINE REMMEN: Yeah. Morgan Stanley right now is putting the likelihood about 30%. I know we’re talking to clients about extending time horizon and to think about cyclical trends within a secular bull market. This is definitely– we hit the bear market number, and what we’re looking at right now is looking beyond that and knowing that the economy is strong. We know that the labor market is really strong right now– 5% labor growth. We know that unemployment is at historic lows. We know that we’ve seen the PPI number begin to come down. So if there is to be a recession we do think that it’s shallow. The economic conditions are just too strong right now.