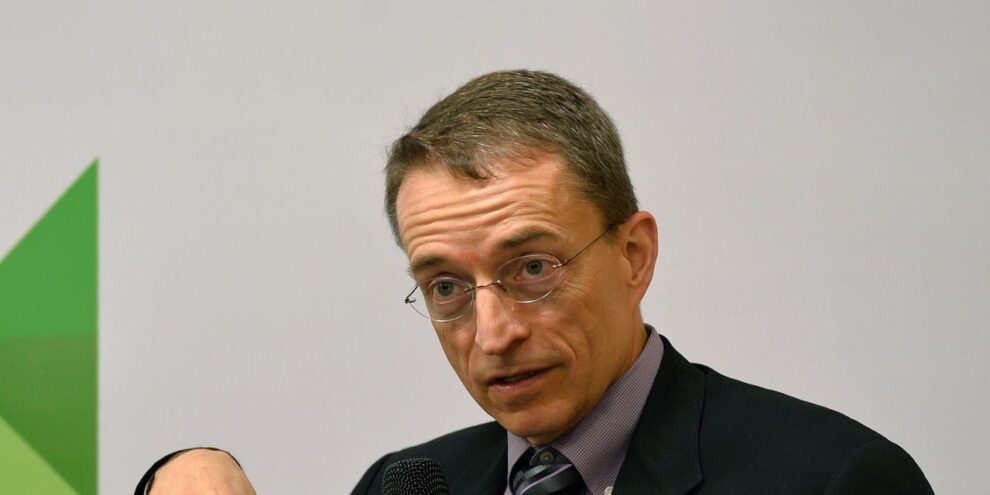 Pat Gelsinger, a 30-year veteran of Intel Corp. who left the company in 2009 after it was clear he would not become CEO, finally got the job. Read More... 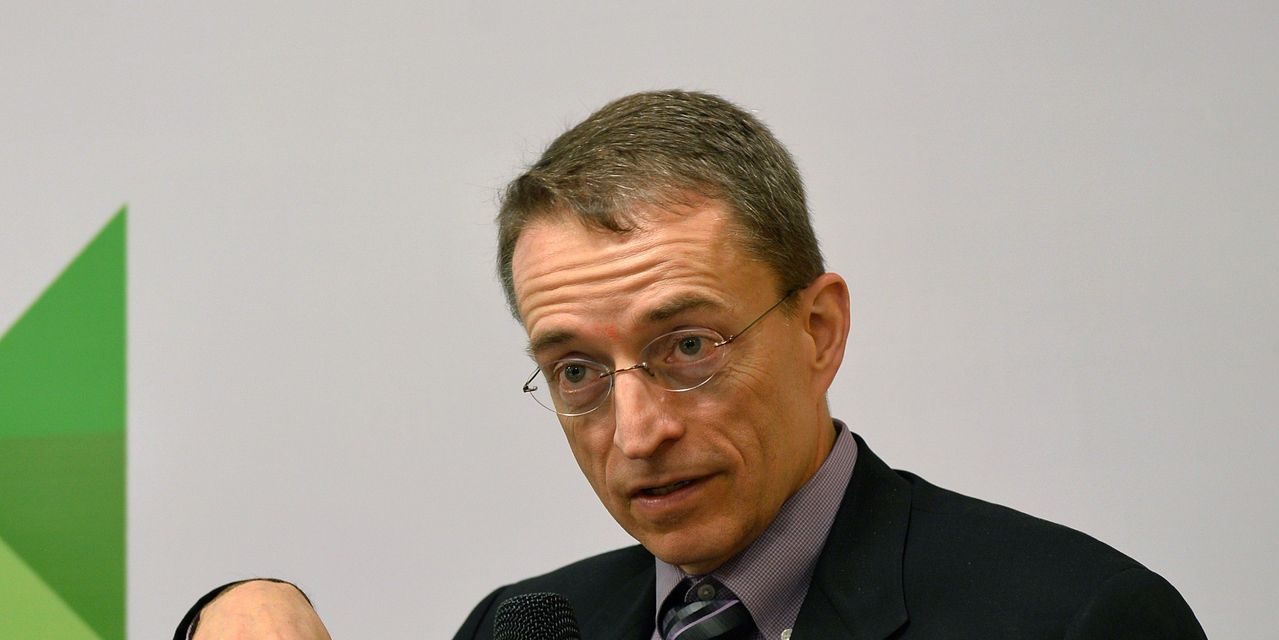 Pat Gelsinger left Intel Corp. more than a decade ago, when it was clear he would not become CEO after 30 years at the company.

On Wednesday, he finally got his dream job, but faces quite a task in returning the chip giant to the glory days of which he was a part.

Gelsinger is leaving his post as chief executive of VMWare Inc. VMW, -6.79% to take over his former employer at perhaps the most critical juncture in Intel’s INTC long and storied history. Its once industry-leading manufacturing has fallen behind, an activist investor is demanding change, and it is the target of numerous shareholder lawsuits.

More from Therese: How did Intel lose its Silicon Valley crown?

Gelsinger started his career at Intel at age 18, and during his 30-year tenure, he said in a note to employees, he “had the honor to be mentored at the feet of” Intel co-founders Bob Noyce, Gordon Moore and Andy Grove. He eventually became the company’s first chief technology officer in 2000, and held other executive positions, only to leave in 2009 to go to EMC Corp., now part of Dell Technologies Inc. DELL, -7.19%

“It’s the biggest return of a prodigal son since Steve Jobs went back to Apple AAPL, +1.62%, ” Nathan Brookwood, an analyst at Insight64, told MarketWatch.

He was also the architect of the company’s 80486 processor, also known as the 486, for PCs. He has both the engineering credentials and more recently, experience leading an enterprise software company in the cloud computing market. That market — more so than the PC market of Gelsinger’s past — is Intel’s biggest growth area right now, and where its next big battles will begin, as graphics chip maker Nvidia Corp. NVDA, +0.35% has made clear with its plans to purchase of the processor designer, ARM Holdings from Softbank Group Corp. 9984, +3.50%.

“He is a ‘perfect storm’ CEO for Intel,” Robert Enderle, principal analyst at the Enderle Group, told MarketWatch. “He has enough knowledge of Intel and of what makes it successful and what Intel needs right now, because of his experience at EMC/VMware.”

As Intel has fallen behind in its manufacturing-process technology, the company has been debating whether or not to outsource some of its manufacturing to the leading contract manufacturer, Taiwan Semiconductor Manufacturing Corp. TSM, -3.07%. Change is expected to be slow, but in general, Gelsinger is seen as a strong hope to return the company to its leadership position.

“We couldn’t think of a better candidate to be Intel’s CEO,” Raymond James analyst Chris Caso said in a note to clients.

That sentiment was widespread, fueling a surge of nearly 8% for Intel shares on Wednesday.

When Gelsinger left Intel in 2009 for EMC Corp., Intel had made a succession of executive changes as part of its well-planned CEO succession moves, and analysts said at the time that it was clear that Gelsinger was not in the running to eventually be named CEO.

Brian Krzanich was named CEO in 2013, but his tenure, though, was far from stellar, and it was under his rein that the company began to have major manufacturing delays. He left in a storm of controversy about a past relationship with another Intel employee, and was ultimately replaced by then-Chief Financial Officer Bob Swan.

From 2019: By choosing Bob Swan, Intel has put the bean counters in charge of Silicon Valley’s most storied tech company

At the time, Gelsinger’s name surfaced as the perfect candidate to return to Intel, having been outside the company for awhile, one who would also combine past insider knowledge, but he said then he was not interested in the job.

Gelsinger is now arriving at the right time. Intel needed Swan to clean up the mess created by Krzanich, and now it needs Gelsinger to establish a new path.

“[Krzanich] broke so much stuff, Intel went from having a two-year tech lead to being behind three years,” Enderle said. He said the situation is similar to what the U.S. is going through right now, transitioning to President-elect Biden, a previous vice president and senator “who understands the plumbing of the country.”

“Gelsinger is like a top race car driver, and Bob Swan was like the mechanic,” he said. “They needed Swan to fix the plumbing, get the company operating again, and get a top driver to fix the rest.“

See also: Biden inherits a tech Cold War with China after Trump ratcheted up the battle

He added that Krzanich also killed Intel’s Developer Forum, (IDF), a developer conference created by Gelsinger in his time there that was valuable for both getting input and creating a relationship with industry developers, a concept Nvidia has used to create support around its CUDA platform.

When he was at Intel, Gelsinger was often referred to as “the boy wonder,” because of his rise up in the ranks at a young age, where he impressed the tough and famously paranoid former Intel CEO Andy Grove. Gelsinger’s ties to Grove and earnest appreciation for his leadership should help improve morale at Intel, which has struggled under Swan, its first CEO who did not come from the Intel family.

Now the big question is what will Gelsinger do about Intel’s manufacturing situation. It is likely that, having been an old-school Intel executive, Gelsinger may lean toward expanding its current hybrid approach, keeping most of Intel’s manufacturing in-house, but perhaps outsourcing more. But he will also have new ideas for changes, after being gone from the behemoth for so many years.

Caso put it bluntly. “Gelsinger will not bring a magic bullet to work with him on Feb. 15,” he wrote. “We consider Intel to be on a ‘burning platform,’ analogous to Nokia’s position a decade ago. If Intel decides to fully outsource, they will never again possess transistor dominance, which will make it difficult to maintain their dominant share and margin structure. ”

Read: Regulating Big Tech will be hard, and California is proving it

Brookwood of Insight64 said that another one of Gelsginer’s important tasks will be to stop the drain of engineering talent from the company. “If Gelsinger can stop the loss of tech talent and restore people’s confidence that Intel can be a tech leader again, I think that’s all for the good,” he said.

No matter what Gelsinger does, it is likely he will have greater support from the board and Intel employees than Swan.

“To come back ‘home’ to Intel in the role of CEO during what is such a critical time for innovation, as we see the digitization of everything accelerating, will be the greatest honor of my career,” Gelsinger said in his email.

With his long history at Intel and his engineering credentials, employees will know that Gelsinger means it. After his own previous love-hate relationship with the chip giant, Gelsinger appears to be the leader who can guide Intel out of the mess in which it currently resides.

Snap says it is permanently terminating Trump’s account
Affirm CFO: We won’t deal with retailers not ‘aligned to our values’
Comment

Facebook hardens digital defense for misinformation ahead of elections