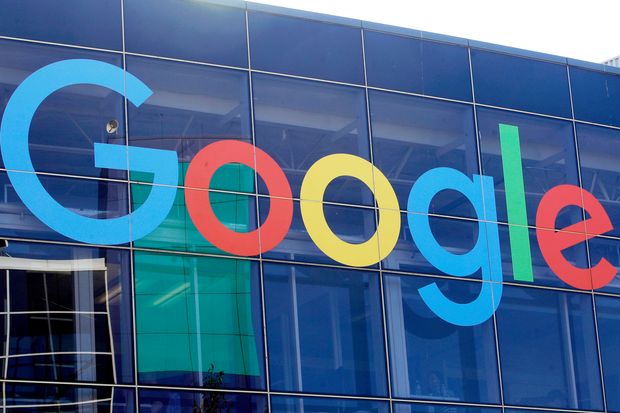 Alphabet Inc. investors have been through government investigations before and not suffered too much damage, but now they are entering a new realm and the end of that path is not clear. Read More...

Alphabet Inc. investors have been through government investigations before and not suffered too much damage, but now they are entering a new realm and the end of that path is not clear.

Whether or not the Justice Department’s case unveiled Tuesday against Alphabet’s GOOG, +1.38% GOOGL, +1.38% GOOGL, +1.38% Google will have a big impact on its business is far too early to say. The possibilities range from some kind of punishing payments to some form of separation of Google’s Android operating system from Google’s app business. If investors look to the case against Microsoft Corp. MSFT, +0.20% in the late 1990s, they can expect this to play out over the next two to three years.

“The Microsoft antitrust suit took around 2.5 years from filing through initial ruling, appeal process and final settlement,” said Mark Shmulik, a Bernstein Research analyst, in a note to clients. “Expect more of the same.”

Richard Smith,  chairman and chief executive of a nonprofit called the Foundation for the Study of Cycles, said investors need to be able to calculate how much of their money they can risk in a downswing during this long process.

“If I am invested and I have $10,000 in Google, how much volatility do I need to be wiling to endure?” Smith asked. “With Google, if you are in this, if you want to be in this for the next couple of years, you need to be OK with shares of Alphabet falling 25% to 30% and that not being a problem for you.”

Smith, who is also sometimes referred to as the “father of uncertainty,” noted that the EU antitrust action against Google did not ultimately have a big effect on its shares, although they took a temporary hit. The EU case, though, lasted much longer than the DOJ’s case against Microsoft, beginning in November 2010 and ultimately resulting in Google being fined $2.7 billion in 2017. Over that time period, Google became even more dominant.

“If you go back to the very beginning of antitrust law and you look at Standard Oil, John Rockefeller did very well, even after his companies were broken up,” Smith said.

Another example is Microsoft, which was trading at around $16 a share in 1998 when the DOJ first filed its antitrust suit against the software behemoth. In early November 1999, when Judge Thomas Penfield Jackson ruled that Microsoft was a monopoly, its shares were trading around $45. Yet its shares continued to club through the end of that year, thanks to the dot-com boom, and closed the 1999 around $58 .

Microsoft appealed, and after it won in district court, the DOJ said it would not seek to break up the company. The two adversaries ultimately reached a settlement in 2001, requiring the software giant to share its app-programming interfaces with third-party app developers. In early November 2001, when it reached the settlement with the DOJ, Microsoft’s shares were back to around $32.38, a drop of around 44% from 1999.

Other, larger market factors could play a role in how Alphabet’s shares perform in the future, from the U.S. election to other issues that may affect tech companies, such as consumer privacy and data protection. With so many balls in the air right now, investors need to be prepared for serious volatility, especially with Google’s biggest business — search advertising — under a microscope.

Buy This, Not That: This is one of the safest and most effective sunscreens — and it’s under $10 a bottle

SportsWatch: What is NBA Top Shot? Everything you need to know about the digital asset with over $260 million in transactions