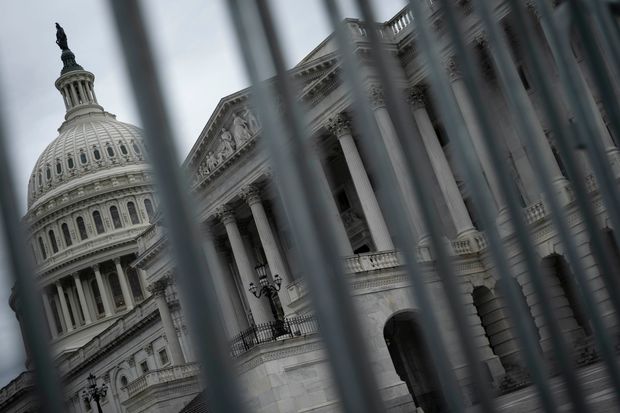 McConnell's stance reflects an increased likelihood that even if House Speaker Nancy Pelosi and the White House were to come to an understanding - which is in doubt - it may only get a House vote prior to the election and its fate would be determined by what the Senate would do in a lame duck session. Read More...

Senate Majority Leader Mitch McConnell again Thursday declined to say he would try to force a vote on any possible coronavirus aid deal between House Democrats and President Donald Trump before the Nov. 3 election.

McConnell’s stance reflects an increased likelihood that even if House Speaker Nancy Pelosi and the White House were to come to an understanding it may only get a House vote prior to the election and its fate would be determined by what the Senate would do in a lame duck session of Congress.

Read more: ‘It’s daunting to think about what the consequences will be.’ With no stimulus deal, much of America’s temporary financial safety net will expire Dec. 31

The Senate is expected to vote Monday on the nomination of Amy Coney Barrett to become an associate justice on the U.S. Supreme Court. That could be chamber’s final vote before the election and members could scatter back to their home states for the final week of campaigning before the Nov. 3 election.

Earlier in the day, Pelosi acknowledged the possibility of only one chamber of Congress voting on a deal, even as she expressed optimism about how the talks with Treasury Secretary Steven Mnuchin were going.

“I think we’re just about there” in terms of an agreement on coronavirus testing and tracing, Pelosi told reporters at her weekly press conference on Capitol Hill, ticking off one of the more contentious issues in the talks.

However, she said the amount of money for direct aid to state and local governments as well as coronavirus-related legal liability protections for businesses and non-profits were two issue that remained unresolved.

It is a very open question whether a big deal – in the neighborhood of $2 trillion as Pelosi and Mnuchin are discussing – would pass the Senate, before or after the election. The political incentives for Republicans to pass a package if Trump loses or they lose control of the Senate would be reversed. Also, Democrats could be content to wait until they took control in January to pass a bigger package, if they win both the White House and the Senate.

Asked in an MSNBC appearance if there would be a deal before the Nov. 3 election, Pelosi said, “That would be my hope. We could do it in the House, you hear what the Leader in the Senate is saying. Then it’s really up to president.”

Pelosi and Mnuchin were set to talk again Thursday on a deal.

“We’re about – pretty soon – ready to put pen to paper. We actually already are making certain proposals in that regard,” she said.

The talks continue despite President Donald Trump’s tweet late Wednesday expressing doubt Democrats want a deal. “Just don’t see any way Nancy Pelosi and Cryin’ Chuck Schumer will be willing to do what is right for our great American workers, or our wonderful USA itself, on Stimulus,” Trump tweeted, referring to Pelosi and Senate Democratic Leader Chuck Schumer.

Even if Pelosi and Mnuchin were able to get to a deal, and get it put into agreed-upon legislative language quickly, time is running out for action prior to the elections. House members are out of Washington and will have a 24-hour notice to return if a vote is planned. The Senate is set to vote Monday on Amy Coney Barrett to join the U.S. Supreme Court.