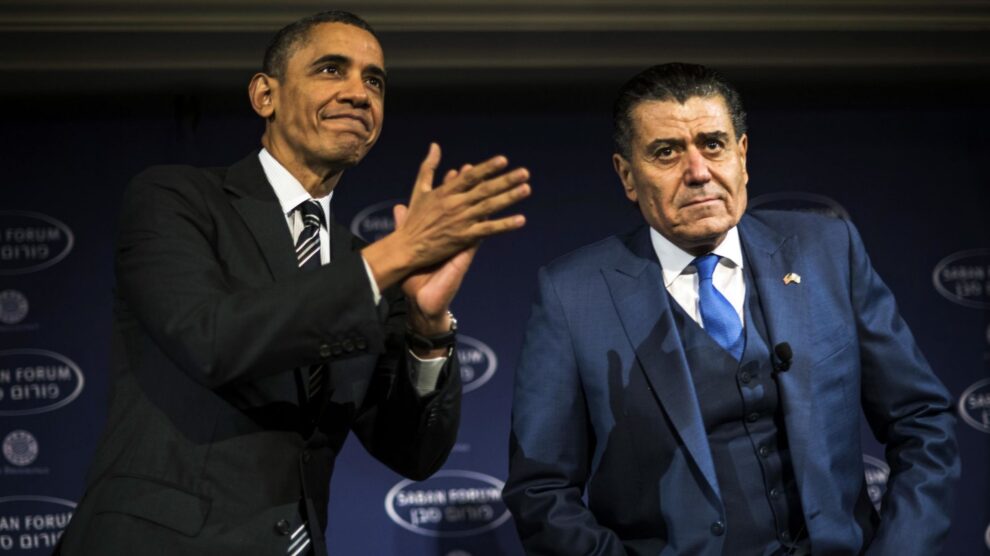 ANDY SERWER: Do you think that Donald Trump is going to continue to play a dominant role in the Republican Party after this, Haim?

HAIM SABAN: It depends on the media. If the media gives him the platform they gave him before the elections worth billions of dollars of exposure, and if they cut him off like all the online entities cut him off, Facebook and Twitter, outside of Fox News, Fox News is a special animal within itself, but if all the other media, television media, simply don’t give him a platform.

HAIM SABAN: That’s– I thought that everybody knows what meshuggener is, including in Georgia and Mississippi. Maybe I’m wrong. I don’t know.

ANDY SERWER: Probably the case. Let me ask you about President-elect Biden, because I know you’ve been a supporter of his, Haim. And he’s talking about unifying the country. Is that still possible when a significant portion of the opposition party questions the legitimacy of the Democratic system?

HAIM SABAN: Well, it questions the legitimacy because they believe Trump. If Trump stood up and said, OK, we had a fair election, it is a legitimate election, he is the next president, we wouldn’t see any of that. They are just following Trump. Yes, the 74 million people who voted for him, yes, 70% of those 74 million people believe the election was stolen because he says so, because he says so.

So if he has no platform to continue spewing all these lies, then, you know, we’re not going to have this kind of– and there will always be division. There’s always– always have been divisions, but not at that level and not divisions that manifest itself– a division that manifests itself with violence the way we saw last Wednesday. So if Trump is cut off from the media, we’re going to see that division, you know, really calm down, and there will be no one to fan those flames.

ANDY SERWER: There’s a lot of talk now, Haim, about how companies are complicit, how the private sector is complicit. First of all, we talked about Facebook and Twitter and about they’ve banned him now, so that’s number one. But then there’s also the cable companies that run Newsmax and OAN and the telcos as well.

Then there are companies that contribute to candidates– or I should say Congress people who supported blocking the certification. You’ve seen some companies now say they’re not going to support them anymore. And then there’s companies, say, using Trump hotels and golf courses and saying they’re not going to do that anymore. How far should this go, in your opinion?

HAIM SABAN: You’re asking my opinion? My opinion, you should go all the way. But my opinion is secondary. I go back to the point of Trump being given a platform and his followers following what he says. No platform, you know, we’re going to see a huge difference.

So I hope very much that outside of, as I call them, the meshuggeners, meaning the crazy people on the extreme right, outside of them and there may be a website here and a website there, you cannot block everything on the internet, but the main media should stop giving Trump a platform, because that will make Biden’s job of uniting the country very difficult. Possible, very difficult.

Is Facebook’s digital currency worth the hype?

What could possibly go wrong with Facebook’s Libra?

Key Words: A ‘powerful force’ will determine what happens next in the stock market, Wharton professor predicts

Google announces company holiday on May 22 to stem virus burnout

The Moneyist: I’m worth $1.8 million — and want my girlfriend to waive her community-property rights before we marry