The AMC Entertainment Holdings Inc. CEO loves popcorn very much, and so far, popcorn is loving him back. Read More... 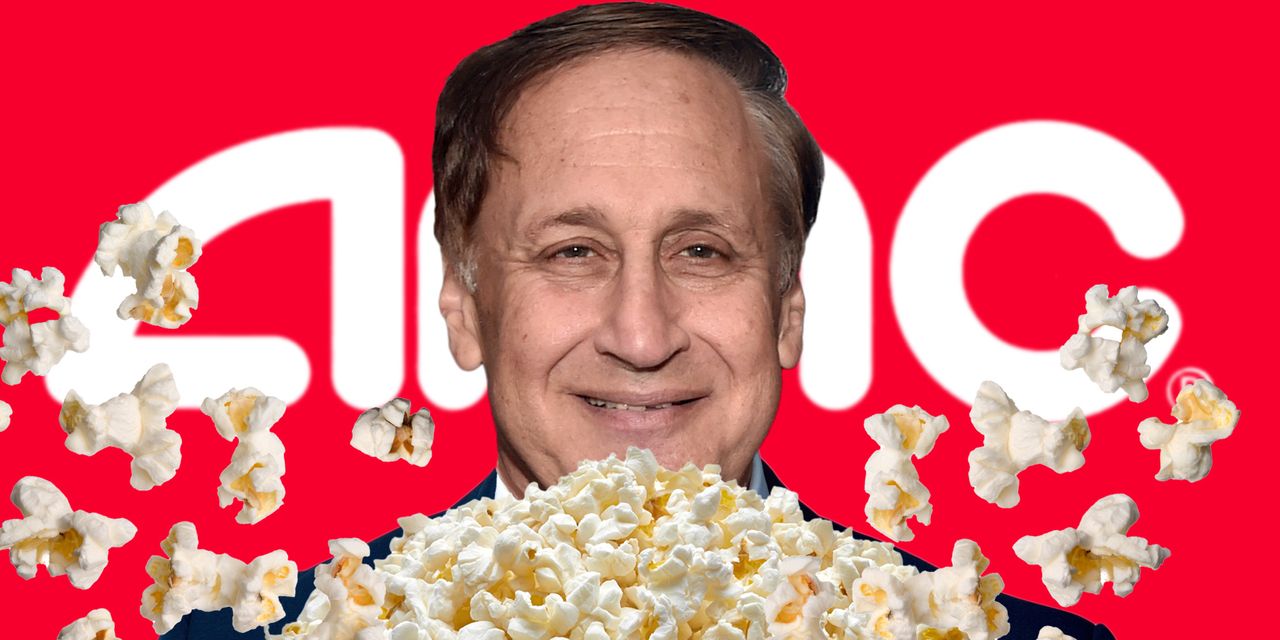 When a stock goes up more than 900% in a matter of days, that’s an unprecedented short squeeze fueled by retail investors bent on forcing Wall Street to bend to their will and recognize the value of a pandemic-slammed movie theatre chain.

When the same stock goes up another 700% just a few months later and just won’t come back to Earth?

But the 67-year-old likely has painted his career masterpiece at AMC, since taking the helm of the massive global movie theatre company at the beginning of 2016. The rise of streaming was threatening the future of theatres as a business, but then came the global pandemic, making theatres temporarily obsolete.

Somehow, AMC’s stock still rose almost 90% under Aron’s watch. Some of that performance can be chalked up to the boss harnessing the power of cinema’s shift to tentpole blockbusters and live events, to help offset the threat of streaming. It might also be tied to Aron’s newfound powers as a legitimate sexagenarian memelord to leverage the buying power of retail investors, by engaging with them directly on Twitter. But nothing really can hold a candle to his belief in the accretive potency of a big ol’ bowl of popped corn.

Adam Aron loves popcorn with the same passion that he dislikes pants.

Popcorn, to Adam Aron, is power.

AMC’s super twin meme stock GameStop GME, -2.11% is up more than 1,100% in 2021 thanks in large part to Reddit “Apes” who deeply believe the company’s activist investor, now board chairman, Ryan Cohen has a master plan to turn the brick and mortar videogame retailer into an online commerce giant.

But Cohen’s plan remains shrouded in mystery. He has sparingly used his own Twitter account to tantalize his investors/fans with obtuse posts that create spikes in the company’s stock price, but also GME social media mentions, including sparking theories that the company is getting into NFTs or cryptocurrencies. Aron, on the other hand, has been much more explicit in his engagement with the retail base and more often than not, it involves the golden glow of popcorn.

After AMC stock spiked more than 200% in May, Aron rewarded his faithful on June 2 by announcing a new program called AMC Investor Connect designed to put the company in direct communication with its new base of retail shareholders.

At the center of that program was, well, you probably guessed it already…

“We intend to communicate often with these investors, and from time to time provide them with special benefits at our theatres,” Aron said in a statement announcing the initiative. “We start with a free large popcorn on us, when they attend their first movie at an AMC theatre this summer.”

But like the hangover from January’s rocket upward, AMC stock came back to Earth a bit in the heat of summer, as trading on other memes became more chaotic and crypto crept back to center stage.

Seeing yet another moment, Aron — who spent the dog days of summer using some of his suddenly super-deep liquidity pool to acquire and reopen iconic Los Angeles theatres — opened the virtual floor at the end of September to his retail shareholders/bosses gauging their interest in AMC accepting crypto at its theatres for tickets and, of course, popcorn.

AMC will now accept a litany of cryptos from Bitcoin BTCUSD, -0.54% to Dogecoin DOGEUSD, +1.79% by the end of 2021 for any social-media mavens hungry for entertainment, and popcorn.

Support for Aron’s cryptocuriosity was narrow but fierce. Although, it appears he wasn’t content to let the followers of Satoshi Nakamoto rule the day when he can still worship at the altar of his patron saint, Orville Redenbacher.

Late Thursday, Aron jumped on Twitter to release himself from the shackles of being a mere multinational conglomerate CEO and embraced the side hustle he was born to pursue…

After promising for months that AMC had exciting things to come, Aron is delivering in the way he loves best; putting AMC’s popcorn in every home, supermarket and mall kiosk in America, because when you love something this much it only makes sense to share it.

But it’s not just Adam Aron who loves popcorn.

AMC stock closed up 4.1% on Friday, one day after Aron unveiled himself as a popcorn entrepreneur, capping off a week that saw the company’s stock rise 16%. The company’s stock is up almost 1,867% on the year.

Adam Aron loves popcorn, and it’s loving him right back.

‘Fortnite’ launches Marvel’s ‘Nexus War,’ but not on Apple devices