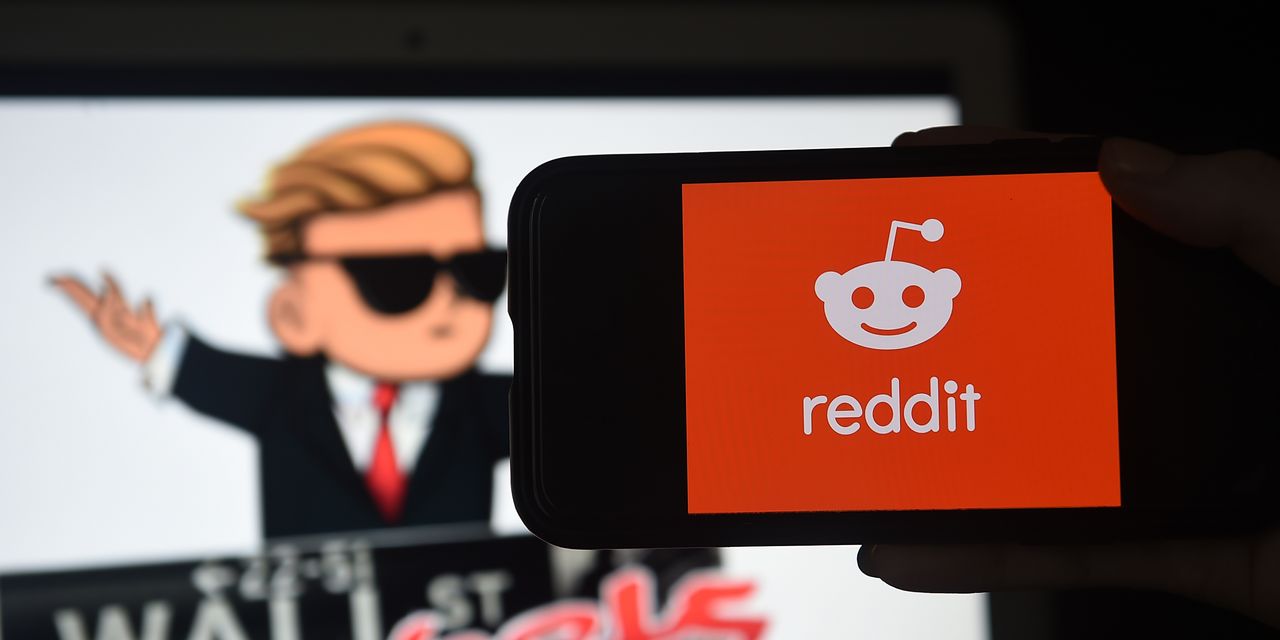 Both GameStop GME, +9.03% and AMC Entertainment AMC, +4.81% soared to start the week as retail investors once again proved that the mother and father memes might move in similar ways, but can often do so for very different reasons.

In the case of GameStop, many outside the “Ape” army that powers the stock expected the videogame retailer to have a real case of “The Mondays,” thanks to late-breaking news on Friday that the company’s newly-minted Chief Operating Officer Jenna Owens had abruptly left the company on Oct. 25, less than a year after joining the company from Amazon.

Owens’ arrival was cheered by GameStop bulls who saw her hiring as another coup by activist investor-turned-company chairman Ryan Cohen, who has made himself a folk hero to the Reddit crowd by leveraging social-media charisma to promise a bold but vague plan to turn the brick-and-mortar retailer into the Amazon of videogames.

To some, the unexplained and sudden departure of Owens — who oversaw business intelligence, fulfillment, supply chain and store operations (ie, the kind of stuff that actually powers GameStop’s turnaround plan) — was seen as a big hit to Cohen’s still promised yet undelivered strategy to resuscitate the company’s bottom line.

But two key things happened to offset the reality for retail investors who love GameStop no matter what.

Firstly, GameStop disclosed the Owens news late Friday, giving Apes the whole weekend to process the development in a way that could be interpreted as bullish for the stock.

Secondly, and most importantly when it comes to GameStop, Cohen tweeted:

In a midday Halloween tweet, Cohen cryptically posted “MGGA,” which the majority of users interpreted as “Make GameStop Great Again,” but was open to the kind of interpretation that prompted more than 1,200 comments by Monday afternoon.

Many of those comments took Cohen’s tweet as a missive from the top to get GameStop stock pumping again, with a few inside that set even letting Cohen know that they had direct-registered their shares to keep the shorts at bay, and using faux military meme-iness to communicate their pride.

GameStop stock came roaring out the gate Monday, climbing as high as almost 12% before closing up just under 9%.

For AMC, it was all about box-office numbers and the actions of their own (borderline septuagenarian) memelord, CEO Adam Aron.

The theater chain kicked off the week publicly bragging that its October admissions revenue looked like pre-pandemic numbers, and while AMC was still holding off on offering actual hard numbers, it disclosed that domestic and international revenue was the highest since its theaters were closed early in 2020.

And Aron didn’t stop there, releasing a statement later in the day touting the upcoming releases of likely blockbusters “The Eternals” and “Ghostbusters: Afterlife” will generate even bigger returns for the chain.

So, Aron asked the Apes he proudly calls his bosses: Why not go to the movies?

Aron announced that he is expanding his AMC Investor Connect to give his retail shareholders free popcorn for liking his stock, doubling down on the blatantly pro-retail stance he adopted in June.

“Membership in the new program far exceeded our original expectations, with some 365,000 people signing up for AMC Investor Connect in just a few months,” read Aron’s Monday statement. “So, we are repeating that free large-popcorn offer, to reward our existing AMC Investor Connect participants and to encourage more of our shareholders to join.”

AMC stock closed up almost 5% on Monday, even if it is down about 40% since Aron first announced AMC Investor Connect.

But the two stocks’ trading days do tell a story on their own, and it’s that the magic of GameStop’s untapped — and perhaps utterly ephemeral — promise remains more potent to some retail investors than the actual magic of the movies.

Mark Hulbert: Just because market-timing pros say stocks are going up doesn’t mean they will