Merck & Co. Inc. predicts it will make between $5 billion and $7 billion in sales of its potentially game-changing new oral COVID-19 drug in 2022, assuming it's granted regulatory authorization this year. Read More... 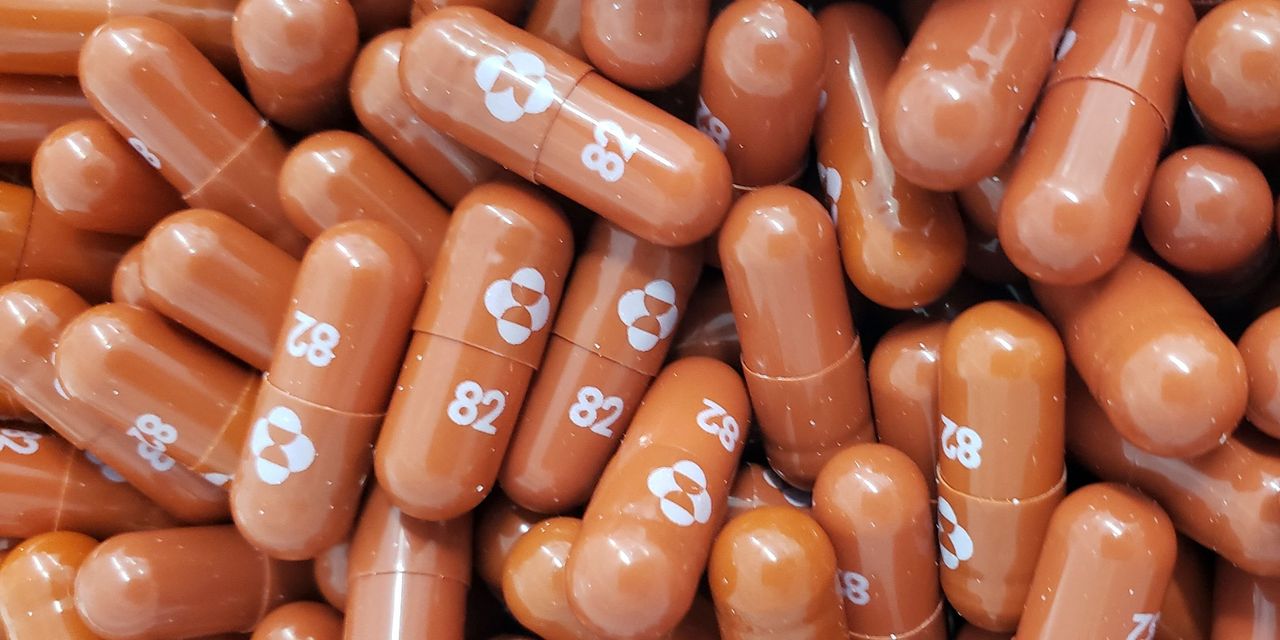 Merck & Co. Inc. predicts it will make between $5 billion and $7 billion in sales of its potentially game-changing new oral COVID-19 drug in 2022, assuming it’s granted regulatory authorization this year.

Merck’s MRK, +1.73% stock closed Thursday at $86.55, its highest price over the last year, after the company shared details about its plans for the antiviral during a third-quarter earnings call in which Wall Street analysts peppered executives with questions about the drug.

The Food and Drug Administration is currently reviewing Merck’s emergency-use authorization application for molnupiravir and is expected to make a decision by the end of this year.

If molnupiravir is authorized, it will be the first oral pill that people can take at home to keep them from getting sick enough to end up in the hospital or die. The clinical trial showed that the drug can reduce the risk of getting hospitalized or dying from a COVID-19 infection by 50%.

At this time, all of the medications that are proven to work against COVID-19 have to be administered by intravenous or subcutaneous infusion or are reserved for the sickest patients in the hospital.

“We see our therapy as something that is an important addition to the armamentarium,” Franklin Clyburn, president of Merck’s commercial and marketing business, told investors, according to a FactSet transcript of the earnings call. “And obviously there are places where people cannot get the vaccine or unfortunately if people get vaccinated and have breakthrough virus.”

Merck announced the promising clinical data for the drug earlier this month.

Since then, molnupiravir has been viewed as the newest life jacket in a pandemic that has left people in the U.S. exhausted by its longevity and the complicated politics, economics, and social challenges of living in this new normal.

“Coronavirus disease is going to be with us for the foreseeable future, even if it goes endemic,” Dr. Carl Dieffenbach, director of the AIDS division at NIAID and the official running the government’s $3.2 billion COVID-19 antiviral program, told MarketWatch this month. “These pills could be incredibly valuable [in] keeping the brushfire beaten down.”

Merck said Thursday that it expects molnupiravir to bring in between $500 million and $1 billion in global sales in 2021 based on supply agreements it’s signing with governments around the world. (The U.S. already said in June that it will pay the company $1.2 billion for 1.7 million five-day courses of treatment, meaning it has access to 17% of the total production of molnupiravir this year.)

If the drug ends up bringing in $5 billion in sales in 2022, that will likely make it one of Merck’s five bestselling drugs, though the drug maker plans to split its profits equally with its development partner, the privately held Ridgeback Biotherapeutics.

There is another clinical trial under way evaluating molnupiravir for post-exposure prophylaxis that is expected to read out next spring. If that study is successful and the authorization is amended to include this use, company executives said they expect a further boost to sales of molnupiravir.

That said, Merck told investors that one reason its operating expenses in the third quarter of 2021 were 11% higher, at $4.7 billion, had to do with molnupiravir.

Will Pinterest Be Worth More Than Snap by 2025?
Huge Silver Linings Underneath Amazon and Apple Earnings “Disappointments”
Comment

Tax Guy: How to handle tricky tax rules when you convert your house into a rental property