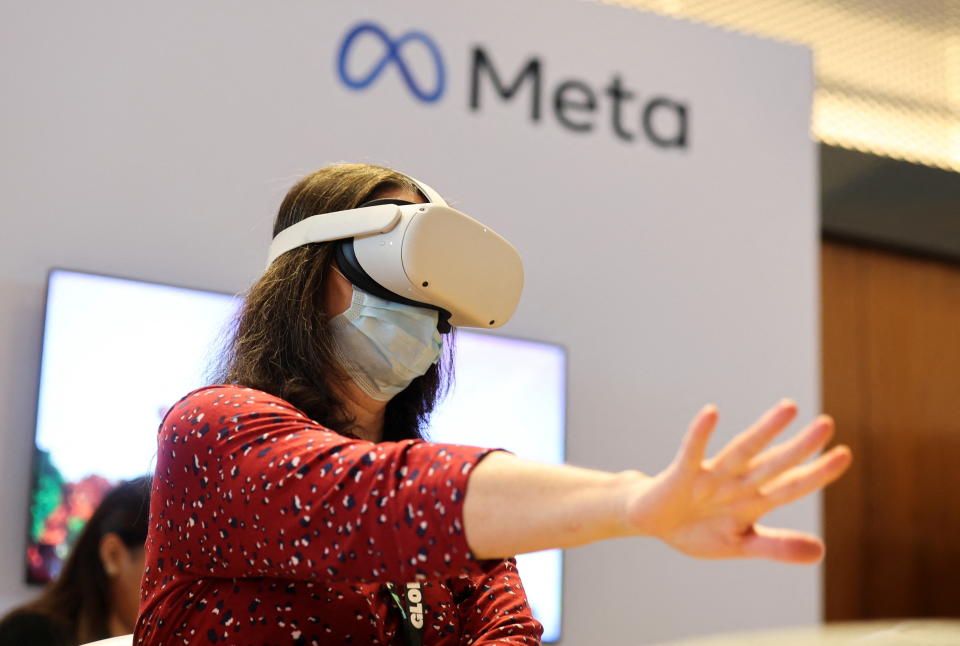 Despite a turbulent year for the company, Meta is the fastest-growing brand among all adults in the U.S., according to a new report from Morning Consult. Read More...

Despite a turbulent year for the company, Meta (META) is the fastest-growing brand among all adults in the U.S., according to a new report from Morning Consult.

Meta, the parent company of social media platforms like Facebook and Instagram, is particularly popular among Gen Xers and Baby Boomers and saw its purchasing consideration (i.e. the share of consumers who stated they’d consider purchasing from the brand) rise by 6.5% from January to October 2022.

“What’s interesting about Meta is it’s really fighting against two really strong elements — an association with Facebook, which does not have a very warm public opinion, and a CEO that’s very public, which, according to our research, doesn’t do well for a brand,” Joanna Piacenza, head of industry intelligence at Morning Consult, told Yahoo Finance Live (video above).

The rise in its popularity, Piacenza said, is indicative of the success it’s having in rebranding itself, along with “an increased awareness and interest” in the metaverse. More companies have shown interest in investing in the virtual reality space.

“You can’t think of the metaverse without speaking about Meta,” she said.

American footwear company Crocs (CROX), which took the second spot on the list, is another company seeing a renewed interest among consumers.

The company reported record revenue in 2022, topping $985 million in its most recent quarterly results. In under a year, Crocs’ revenue has grown by over 50%.

“They’ve had a really successful year of not alienating their core audience, who are just as concerned with comfort and affordability, and also chasing after trends,” Piacenza said. “Staying trendy with their different accessories, that balance is really benefiting Crocs.”

Inflation appeared to have an impact on Morning Consult’s overall findings as many consumers pulled back on discretionary spending.

For example, subscription-based businesses like Paramount+ (PARA), HBO Max (WBD), and Peacock (CMCSA) were among the top-growing brands in 2021 but didn’t make the cut this time around.

“Average purchasing considerations for 2022 declined this year,” Piacenza said. “That’s different from the past three years, [and] that includes the really traumatic COVID years that had better purchasing consideration among brands. What that means for consumers is they’re not buying more of their favorite brands, and I think really importantly for new and emerging brands, they’re not necessarily trying out new brands on the market.”

Breeze Airways, a Utah-based budget airline, and Roku (ROKU) — a digital streamer that uses a low-cost, ad-based subscription model — were among the top 10 fastest-growing brands for Gen Zers. Travel and hotel brands also appeared on the Gen Z list.

“Gen Z really missed out on a lot of the travel excursions that a lot of us experience as we enter adulthood,” Piacenza said. “That’s because a lot of them were entering adulthood and coming into more discretionary funds as COVID was hitting. So they are experiencing a lot of these hotel brands, travel brands, and airline brands really for the first time this year.”

However, things are less exciting for millennials in terms of financial wellness, which is less than stellar, she noted. They have very low average purchasing considerations compared to other generations.

“This is the generation that is struggling to purchase a home,” Piacenza said. “This is a generation that has young kids. Child care costs, that adds up. They’re not a generation that’s going to be going after new brands, spending a lot of money — something for these consumer-facing brands to keep in mind.”