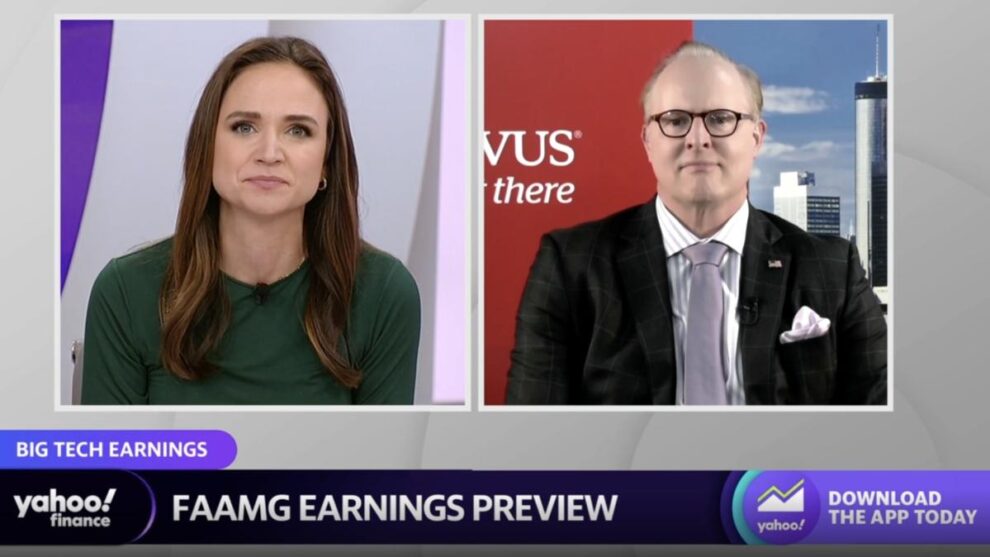 Synovus Trust Senior Portfolio Manager Daniel Morgan sits down with Yahoo Finance Live to talk about the outlook for FAAMG stocks, such as Apple, Snap, and Meta. Read More... 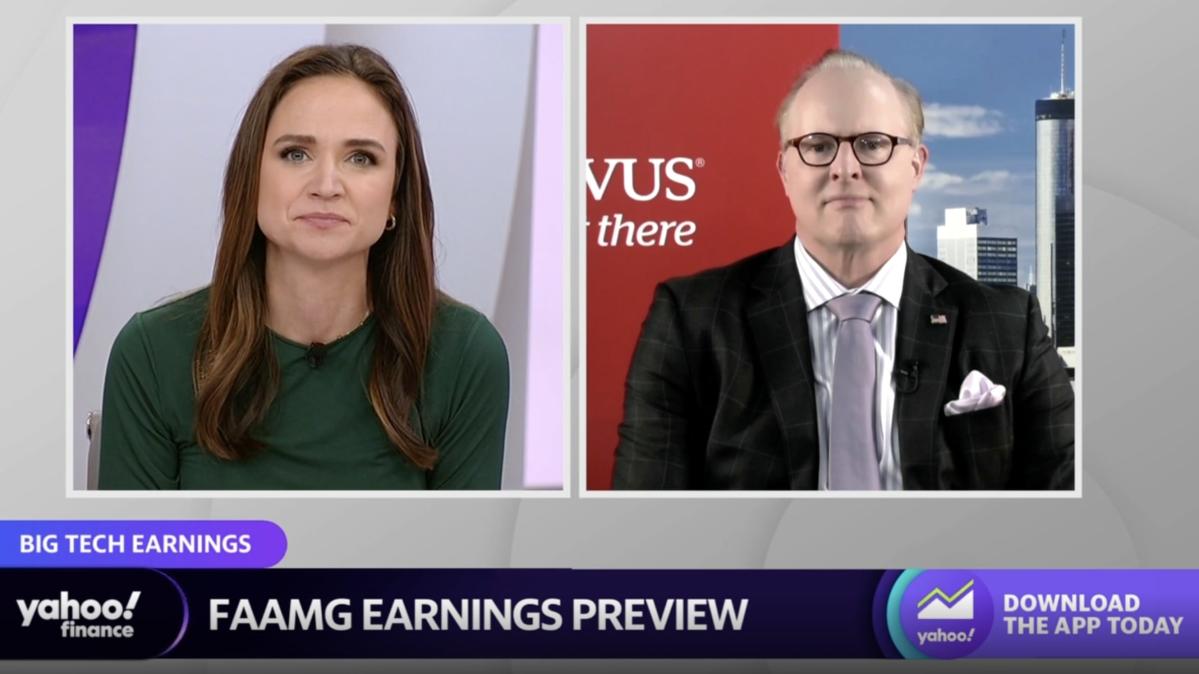 Synovus Trust Senior Portfolio Manager Daniel Morgan sits down with Yahoo Finance Live to talk about the outlook for FAAMG stocks, such as Apple, Snap, and Meta.

SEANA SMITH: The price wars in streaming heating up. Apple the latest company to make a change to its strategy, raising the price for Apple TV+ and Apple Music. Now Apple TV+ will now cost $6.99 a month, up from 4.99. Apple Music is going to go up to 10.99 from 9.99 per month. The company saying licensing costs are the reason for the increase in rates. And it’s part of a broader trend that we’re seeing across the space, especially in this inflationary environment.

Netflix and Disney both raising prices earlier this year. And now both are launching lower tier ad-supported packages as well. Apple shares today, taking a look at that, still in the green, up just around 1.6%. Well, let’s talk about this announcement from Apple and also what we’re expecting to hear from some of the earnings from the big tech companies over the next couple of days.

And for that, we want to bring in Dan Morgan. He’s a Synovus Trust senior portfolio manager. Dan, it’s great to see you. So first is your reaction to Apple raising prices here. I think it was largely expected. A lot of people were waiting for when they were going to do so. But what do you make of it from an analyst perspective?

DANIEL MORGAN: Well, I mean, it’s a very competitive environment. And they’re trying to offset some of the things that are happening with some of the competitors that you mentioned. We had Netflix last week. We know they’re going to an ad tier model. We know Disney is already on one. So it’s not surprising that Apple is trying to do what they can to try to leverage that unit. It’s not a big part of their business. It’s a component in their service side. But it is something that they have been working on to try to grow over a period of time.

DAVE BRIGGS: Dan, of course, it is a huge earnings week. Apple among them reporting, Amazon, Meta, Alphabet– you name it– just about all the big heavyweights. And the question being, as we lead in, is what have we learned from Snap? Was their issue more of a Snap problem or an entire environment problem? They’re now down more than 80% year to date, although, interestingly, back up 8% today. So what did we learn from Snap that we’ll see later in the week?

DANIEL MORGAN: Dave, I think the Snap report came in– overall ad revenues, which is basically their revenue component, was up 6%. They did beat in daily average users. But it does give us a window into, obviously, Meta. We’re expecting them to report about a 5% drop in ad revenues. We’ve got Alphabet coming in tomorrow. They’re expected to report about a 6% growth rate in ad revenues, very similar to Snap. And then it rolls into other companies like Twitter. You’ve got Amazon and so forth in the ad revenue space.

So I think it is an indication, and it basically just gives more evidence that we continue to see a slowdown in terms of ad spend on the internet. I think you’re going to see those reflective in both Alphabet and Meta’s numbers on Tuesday and Wednesday.

SEANA SMITH: And Dan, speaking of Meta, Bank of America downgrading the stock today, in part due to that pullback that we would likely see in advertising spending, what that could mean here for the company going forward. Year to date, the stock is off just over 60%. They certainly had a hard time selling their Metaverse vision to Wall Street. What needs to happen in order for Wall Street to get on board with Meta’s vision?

DANIEL MORGAN: Well, it’s a tough vision, Seana, because we know they switch the reporting segments around a couple of quarters ago. They have their Reality Labs group. They’re very big on their virtual reality headgear. They’re trying to put a lot into that. You talked about the movement towards Metaverse.

And you know what? We just don’t know if that’s going to pay off, right? We know what their bread and butter is. It’s selling advertising over the internet. It’s keeping people engaged. It’s increasing their monthly and daily average users. So Wall Street has got to kind of embrace, going forward, whether this strategy is going to pay off.

And let’s face it. Meta is not in the same position that Alphabet is. They don’t have a GCP. They don’t have an entry in the data center space. So it’s a big question, guys, whether this is going to pay off for them, or they are just going to kind of slowly go down as ad spend rates deaccelerate.

DAVE BRIGGS: Any collateral damage to Alphabet and the stories that we’ve talked about? What are your expectations for them this week?

DANIEL MORGAN: Just the Snap report obviously rolling in, but I would expect good things in regards to their GCP business. Data center should be strong. AWS should grow 30%. We’re looking for GCP at about 33%. Azure, which is Microsoft, that should go up about 43%.

We know that they’ve had some struggles with their YouTube franchise the last two quarters– competition from TikTok, also privacy rule changes with iOS. But if they can leverage their GCP business to try to offset some of that slower demand in terms of ad revenues, they should come out OK and hopefully post revenues of about 10% growth.

DAVE BRIGGS: Pivotal week in big tech. Dan Morgan, thanks so much for your analysis. Appreciate all that.