Gold futures mark their highest settlement in almost four weeks on Friday, after remarks from Federal Reserve Chairman Jerome Powell, at the Jackson Hole center-bankers symposium, revealed that he supports tapering the pace of bond purchases this year, but continues to see high inflation as “transitory.” Read More... 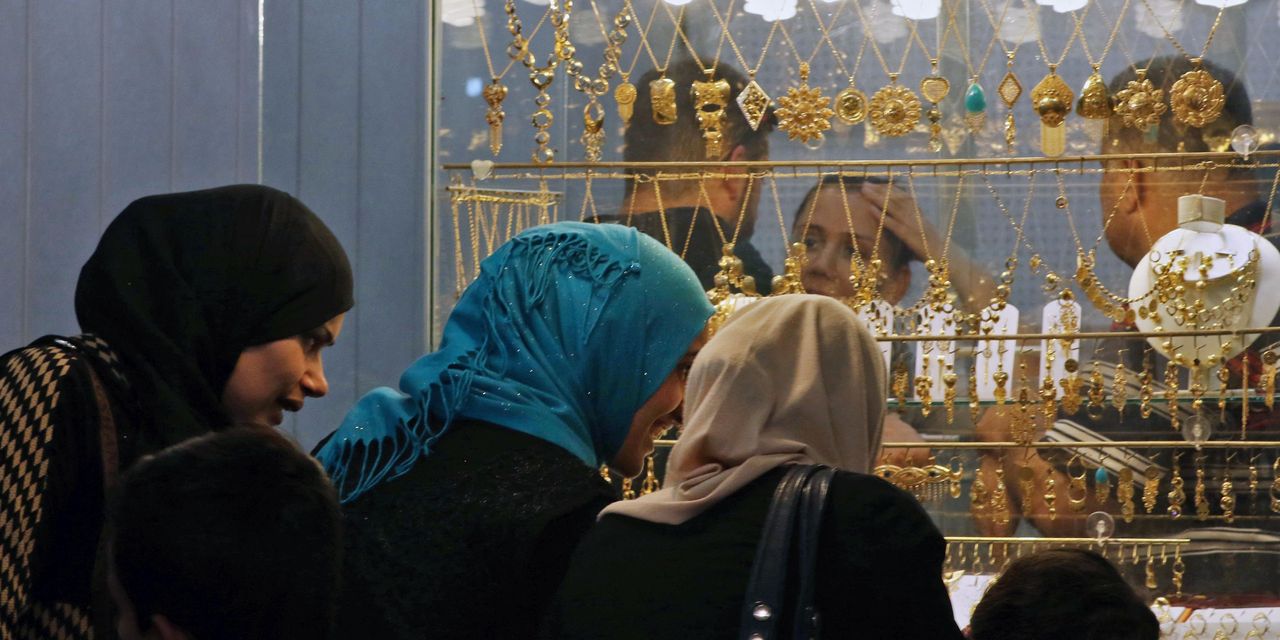 Gold futures settled back above the key $1,800-an-ounce mark on Friday, their highest in nearly four weeks.

Remarks from Federal Reserve Chairman Jerome Powell, at the Jackson Hole central-bankers symposium, revealed that he supports tapering the pace of bond purchases this year, but continued to see high inflation as “transitory.”

“The speech was highly anticipated but it did not come with any real bombshells,” Peter Spina, president and chief executive officer at GoldSeek.com, told MarketWatch.

“The remarks were measured. Not too hawkish, if anything a bit more on the dovish side,” he said. Powell “did not give any concrete details on a taper timeline, which helped to push gold back above $1,800 as the dollar remains weak.”

The Jackson Hole event was being held virtually due to concerns about the delta variant of the coronavirus.

Powell said “at the FOMC’s recent July meeting, I was of the view, as were most participants, that if the economy evolved broadly as anticipated, it could be appropriate to start reducing the pace of asset purchases this year.”

The Fed is buying $80 billion of Treasurys and $40 billion of mortgage-backed securities each month to put downward pressure on long-term interest rates and boost demand in the economy.

In the speech on Friday, however, Powell didn’t discuss when the Fed might formally announce the taper of the pace of bond purchases. Following the remarks, the U.S. stock market and gold prices traded higher.

“Though Powell stated the Fed planned to moderate its easy-money monetary policy later this year, he also said it was his belief recent high inflation was transitory, seeming indicating any change would be moderate,” Jeff Klearman, portfolio manager at GraniteShares, which offers the GraniteShares Gold Trust BAR, +1.43%, told MarketWatch.

“Moderate changes in the Fed’s monetary policy are likely to leave real and nominal rates at or near historical lows supporting all asset prices, including gold,” said Klearman.

Spina said he believes the market is near the end of a consolidation period in gold that has spanned over a year. “Easy Fed policies, massive Federal spending and deficits create a bullish case for gold in the coming quarters,” he said.

Once prices break out past the $1,835 area, “more buying momentum will come into the gold market and mining stocks, which have been crushed, will snap back quickly,” said Spina. That may lead gold prices to “retest its all-time highs and that can come pretty quickly — by early 2022,” he said.

Ahead of Powell’s comments, Atlanta Fed President Raphael Bostic on Friday said he was focused on conditions in the labor market. The voting member of the Federal Open Market Committee’s told CNBC in an interview that the U.S. economy is “very close” to the substantial progress benchmark needed to start tapering its asset purchases but “a lot depends on what happens in the next couple of months.”

5 Marijuana Stocks With the Most Debt: Should Investors Be Worried?

Should Netflix Be Wary of Competition from Disney+?