Gold prices climbed for a fifth straight session on Wednesday, extending their rise to the highest level in four months, on the heels of a tumble in bitcoin and as U.S. benchmark stock indexes declined. Read More... 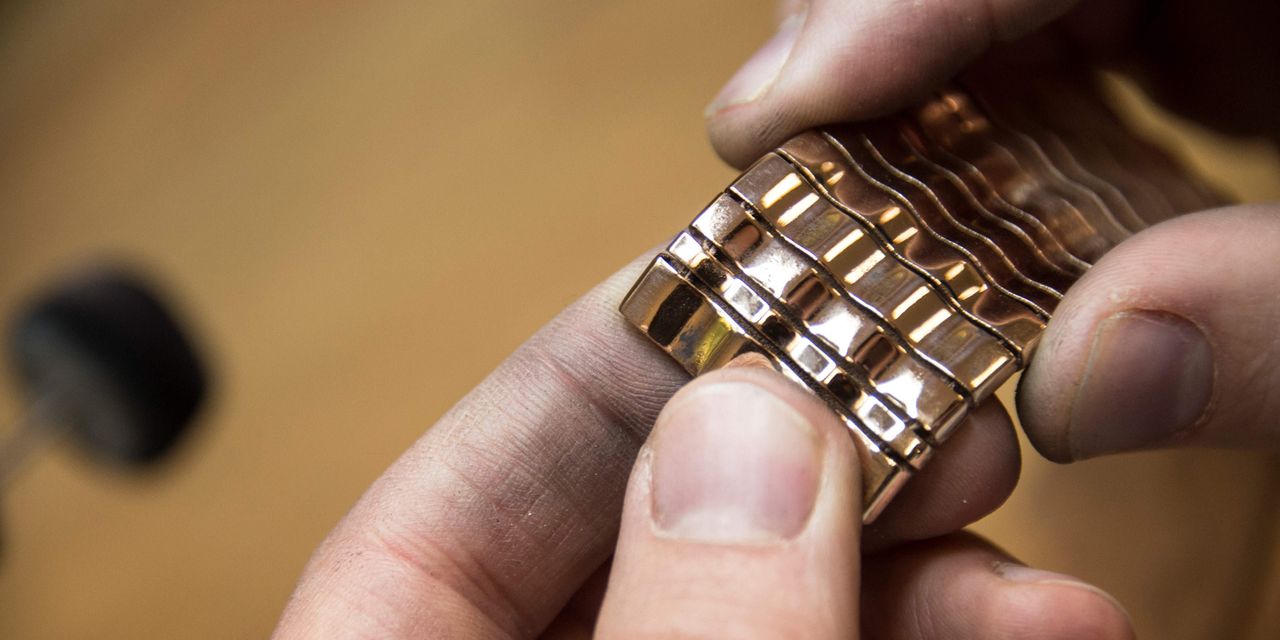 Gold moved higher on Wednesday, giving up earlier weakness as prices look to tally a fifth consecutive climb, extending their rise to their highest level in four months.

Moves for the metal came on the heels of a tumble in bitcoin and as U.S. benchmark stock indexes declined ahead of minutes from the Federal Reserve’s April meeting.

With the gold price jumping “as equities fall and cryptocurrencies slide, any debate about bitcoin challenging gold as a ‘safe haven’ just got a very blunt answer from the markets,” said Adrian Ash, director of research at BullionVault.

“While the precious metal isn’t immune to volatility, gold has never cut its price in half inside a week,” he told MarketWatch. “Whatever role crypto might play today or in future, it can’t replace gold as a diversification tool for savers and investors wanting to cut their overall portfolio risk.”

“ “Whatever role crypto might play today or in future, it can’t replace gold as a diversification tool for savers and investors wanting to cut their overall portfolio risk.” ”

“Gold prices are still likely to continue to move higher, and the only event which matter now is the upcoming Fed minutes,” said Naeem Aslam, chief market analyst at AvaTrade.

The Fed will release minutes from its most recent policy meeting in April at 2 p.m. Eastern Time, shortly after gold futures settle for the session. Investors will look for clues on how the central bank will address evidence of pricing pressures building in the economy, which officials have so far described as transitory.

“If the Fed shows no hawkish side, we could see further gains for the gold price,” said Aslam.

Buying in gold had been supported by waning appetite for risk, weakness in the U.S. dollar, represented by the popular ICE U.S. Dollar Index DXY, +0.44% hitting a nearly three-month low. However, on Wednesday, the buck was rebounding.

Commodities priced in dollars, such as gold, can trade inversely with the dollar, as moves in the U.S. unit can influence the attractiveness of those commodities to holders of other currencies.

Precious metal investors fear that out-of-control inflation could prompt the Fed to rapidly lift benchmark interest rates — a move that would weigh on bullion that doesn’t offer a coupon.

“Buyers are moving to gold, in response to a combination of factors. The two most notable are surely the weakness of the greenback, with the dollar index at its lowest for 3 months, and inflation fears,” wrote Carlo Alberto De Casa, chief analyst at ActivTrades.

“Moreover, risk-on has slowed down, with a moderate shift to risk-off assets such as gold,” he said.

Is Netflix Stock A Buy After Streamer’s Disappointing First Quarter?
How to get an Amazon Echo Dot for 99 cents
Comment