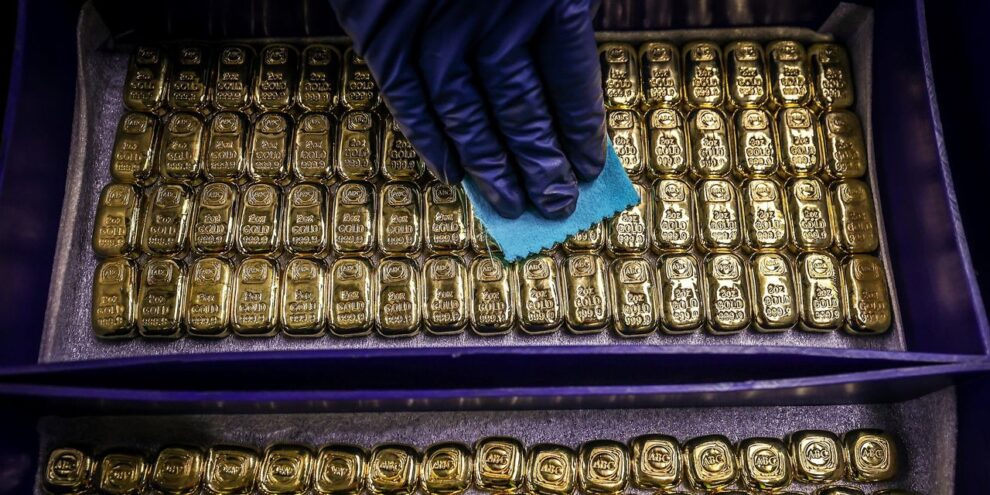 Gold futures on Friday were swinging between small gains and losses, but have otherwise been buoyed by weakness in the U.S. dollar Read More...
List: The Top 50 Dividend Stocks 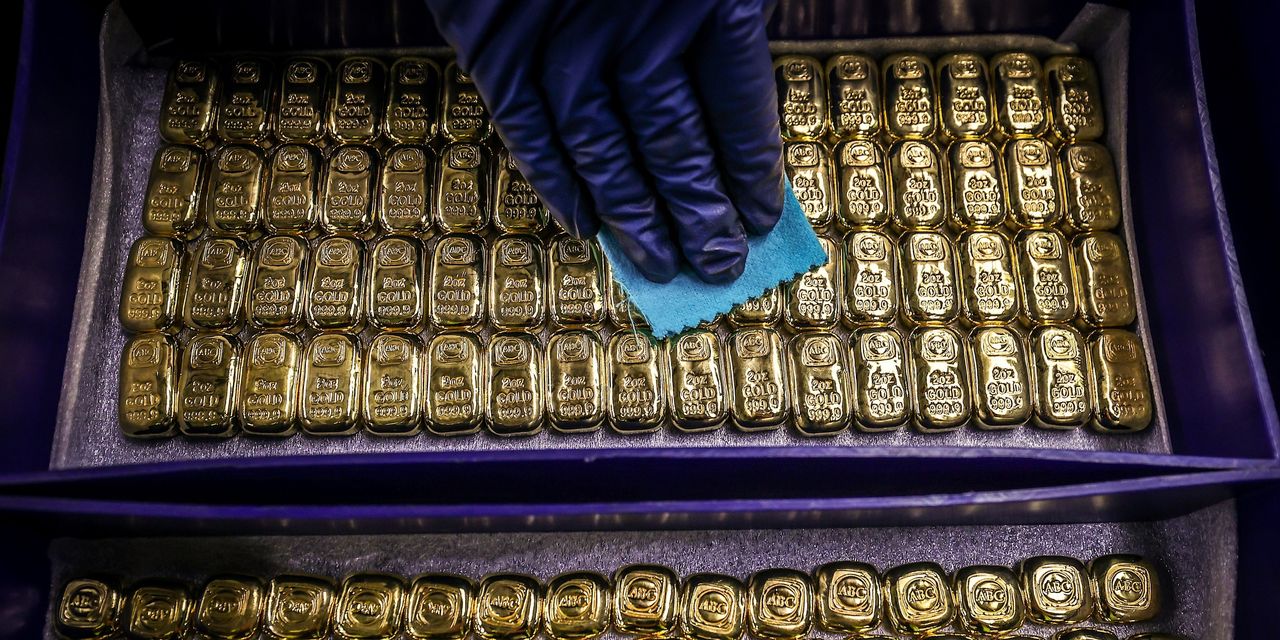 Gold futures on Friday were swinging between small gains and losses, but have otherwise been buoyed by weakness in the U.S. dollar, as investors brace for tighter monetary policy in the coming months and worry about central bank effectiveness in combating inflation surging above trend.

“The US currency lost more than 1% in relation to other majors over the course of the week, as the markets, having already priced in the tightening of policies by the Federal Reserve into the value of the greenback, now shift their focus onto other central banks that haven’t yet started to cut back on stimulus,” wrote Ricardo Evangelista, senior analyst at ActivTrades, in a daily note.

For the week, gold is looking at a 1.4% weekly gain, which would mark its sharpest weekly advance since the period ended Nov. 12.

Federal Reserve Gov. Christopher Waller on Wednesday suggested that as many as five interest-rate increases are a possibility in 2022 as the central banks aims to beat back rampant inflation. Though the policy maker said his baseline expectation was for three rate hikes on the year, which is more in line with expectations.

Also on Thursday, Philadelphia Fed President Patrick Harker said expect “a fair amount of tightening in 2022,” during a speech on the economic outlook to a conference sponsored by the Philadelphia Business Journal.

Gold has been relatively resilient in the face of volatile financial markets that are looking at the prospect of higher borrowing costs, which could undercut the value of precious metals but the prospect of perky inflation and errors by central bankers have supported buying, strategists have said.

Precious metals are traditionally viewed as a hedge against inflation.

A rise in Treasury yields, with the 10-year Treasury note TMUBMUSD10Y, 1.735% yielding around 1.74%, also can siphon away appetite for gold, which competes with gold for safe-haven demand and can be perceived as more compelling when rates rise.