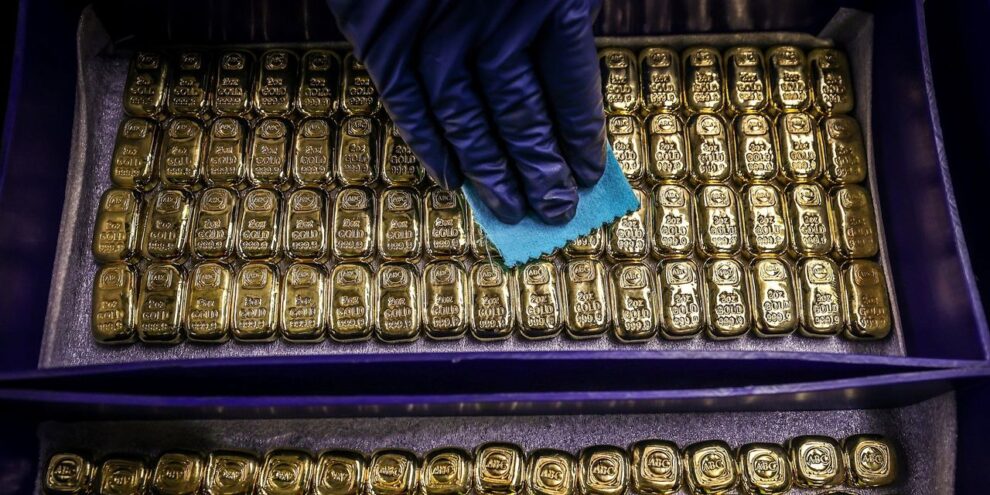 The strength of the U.S. dollar has weighed on the yellow metal. Read More... 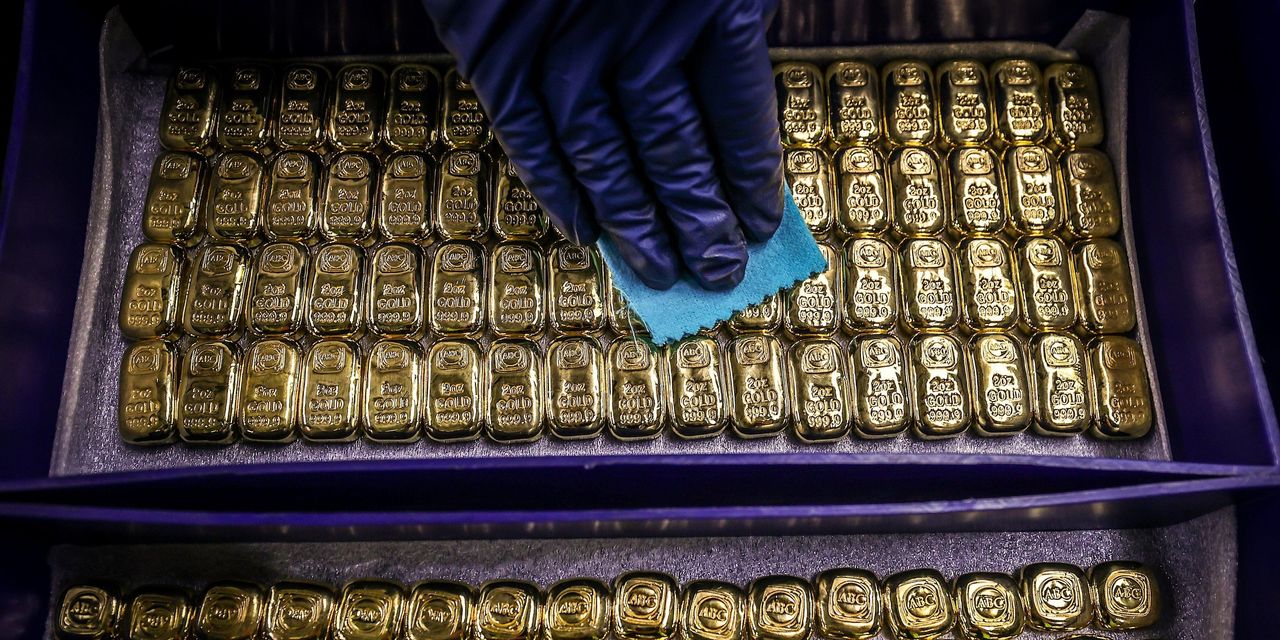 Gold prices fell on Monday after clinching a fourth consecutive weekly decline as the strong dollar continued to weigh on the yellow metal.

Futures prices for gold had settled higher on Thursday and Friday following a seven-session losing streak that ended Wednesday, when prices for the most-active contract settling at their lowest since September 2021.

Most of gold’s since it reached its 2022 peak north of $2,000 per ounce has been the result of the strengthening dollar, and rising Treasury yields, which have made the shiny metal less attractive to investors by comparison.

Treasury yields TMUBMUSD10Y, 2.995% have picked up over the past few days, after coming off their highs of the year reached in mid-June. Meanwhile, thanks largely to weakness in the euro EURUSD, -1.06%, the ICE U.S. Dollar Index DXY, +0.79%, a measure of the dollar’s strength against a basket of rival currencies, has reached a new 20-year high just shy of 108.

“The precious metal’s price action is very much driven by the dollar index, which is holding on to its strength,” said Naeem Aslam, chief market analyst at AvaTrade, in a note. The U.S. nonfarm payrolls data released last Friday provided support for the Federal Reserve’s hawkish monetary policy, so “it is highly likely that the next interest rate will be 75 basis points, and this means that the dollar will pick more strength, and the gold price is likely to lose more shine.”

The June CPI index is expected to come in higher than May’s “illustrating the urgency in tackling inflation,” said Rupert Rowling, market analyst at Kinesis Money. “These inflationary pressures, allied to the measures central banks are adopting to bring rising prices under control, are the main factors in first gold’s failure to climb despite a risk-off market sentiment, and then more recently its plunge to levels last seen in September.”