Gold futures move higher in Friday dealings, a day after posting their sharpest daily loss in a week Read More... 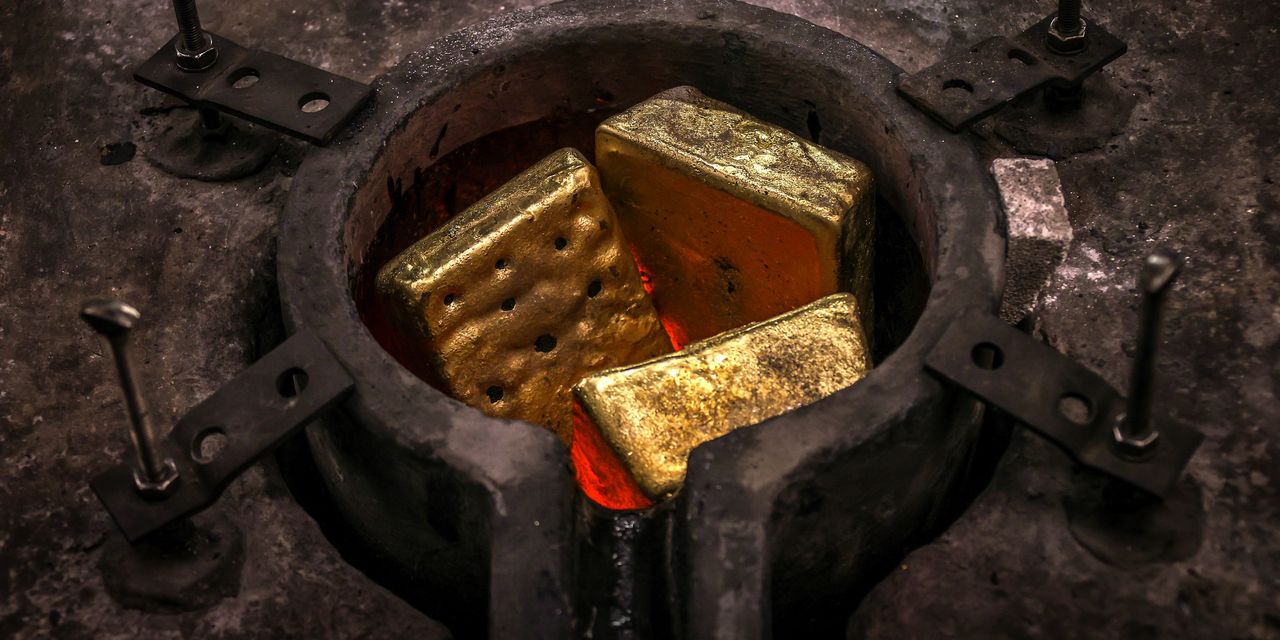 Gold futures moved higher in Friday dealings, a day after posting their sharpest daily loss in a week, as investors continue to digest the Federal Reserve’s monetary policy plans as well as a crackdown in China on cryptocurrencies.

Prices for the precious metal were poised to settle little changed from last Friday’s settlement.

China on Friday reiterated its crackdown on cryptocurrencies, with the People’s Bank of China stating that virtual currency doesn’t have the same legal status as legal currency.

The gold price will break past $1,840 resistance “if and when there is confirmation that China will eradicate cryptocurrencies,” Chintan Karnani, director of research at Insignia Consultants, told MarketWatch. There has to be more “clarity” on a potential crypto ban from China.

“History suggests that crypto currencies have risen sharply after any major price crash (irrespective of news), so it is wait and see for cryptocurrencies,” said Karnani.

The bias for gold is still to downside, as the Federal Reserve’s statement on monetary policy and Fed Chair Jerome Powell’s comments from Wednesday are “digested by market,” Jeff Wright, chief investment officer at Wolfpack Capital, told MarketWatch. The Fed taper of bond purchases “will commence by year end and [interest] rates will begin to tighten most likely in 2022.”

The Fed on Wednesday signaled its intent to “soon” taper its bond purchases and raise interest rates by late next year, which could dim appetite for bullion if investors shift to assets that offer yields. The central bank’s projections of interest-rate increases also pointed to rate increases as early as 2022, which could also dent demand for precious metals.

Still, gold is finding some support though from a “risk-off” sentiment in the U.S. equity markets Friday, due to China property giant Evergrande’s 3333, -11.61% interest payment miss and possibility of spread in the Chinese economy, which could impact the U.S. economy, in time, said Wright.

“The indirect exposure is a risk currently being factored in,” Wright said.  So, “there is a small appetite for safe-haven gold….but I believe it is short lived.”

Looking ahead, analysts said that absent a near-term catalyst, gold may be more influenced by U.S. dollar moves and risk appetite.

“Moving forward, investors should understand that, unless anything noteworthy happens to the dollar index, gold prices will likely be influenced more by investors’ risk appetite,” wrote Naeem Aslam, chief market analyst at AvaTrade, in a daily note.

Precious metals also decline don the back of strength in U.S. Treasury yields, with the 10-year Treasury note TMUBMUSD10Y, 1.446% touching a high of 1.454% in Friday dealings. Rising rates can undercut demand for precious metals which don’t offer a coupon.

: Delta urges other airlines to collaborate on a ‘no fly’ list amid rise of unruly passengers
Dow Jones Trims Early Loss Fueled By China, Nike, But This Blue Chip In Buy Range
Comment

“We truly established ourselves as the largest wholesaler of branded cannabis products in the industry”: Cresco Labs CEO