Gold futures move higher Tuesday, finding support as the U.S. dollar weakened after a report showing the cost of living in the U.S. rose in August at the slowest pace in seven months. Read More... 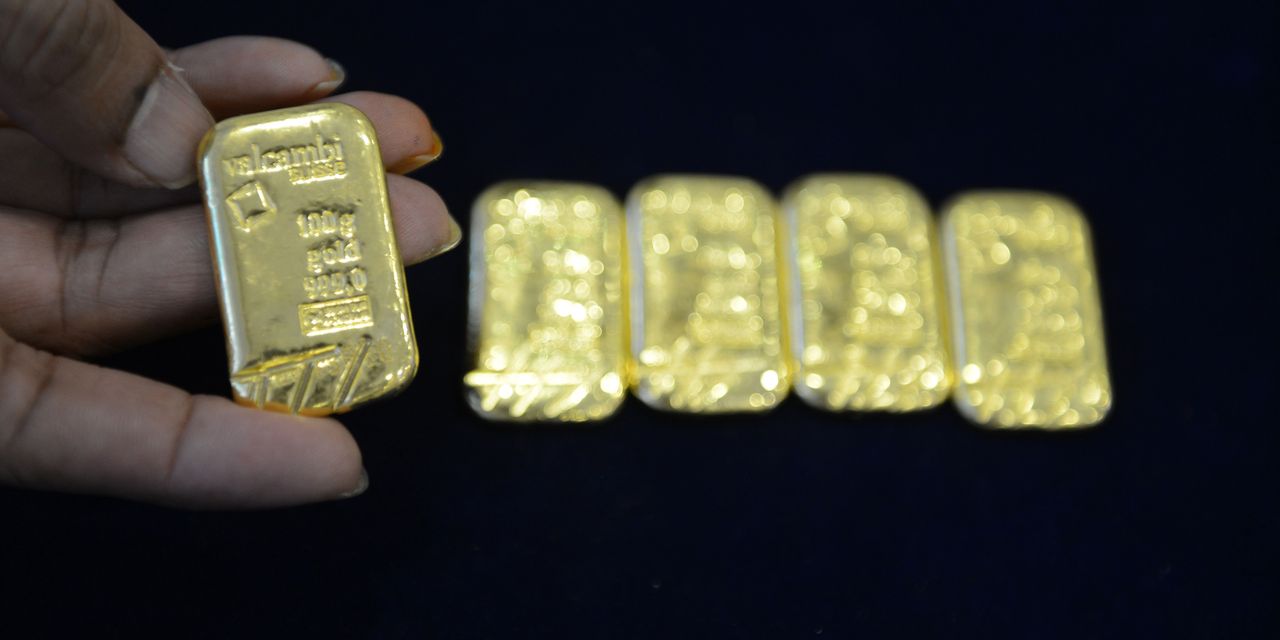 An earlier version of this report made an incorrect reference to palladium supplies. The WPIC forecasts a 2021 surplus in supplies of platinum.

Gold futures turned higher on Tuesday even though data showed U.S. inflation rising in August at the slowest pace in seven months.

The consumer-price index climbed 0.3% in August,  compared to a rise of 0.5% in July, the government said Tuesday. Economists polled by the Wall Street Journal estimated the cost of living, as measured by CPI, rose 0.4% in August.

In addition to CPI data, the Fed next week will likely use inputs, including the CPI report, to determine its plans for scaling back COVID-era bond purchases which have been in force to help provide liquidity to markets that were gummed up during the worst of the pandemic in the spring of 2020.

“The yellow metal will remain sensitive to US economic releases this week, especially today’s inflation reading, with any delay to tapering being a positive catalyst in the coming weeks,” wrote Craig Erlam, senior market analyst at Oanda Corp., in a research note.

Many members of the interest rate-setting Federal Open Market Committee, including Chairman Jerome Powell, have recently said that the central bank should announce tapering of its monthly purchases of $120 billion in Treasurys and mortgage-backed securities by the end of the year if the economy continues to recover from COVID.

Meanwhile, palladium prices have been under heavy selling pressure on the session and over the past week. The white metal is mainly used in catalytic converters in gasoline-powered vehicles to help control emissions.

However, prices of palladium have been on the rise amid expectations for growth in photovoltaic sector and electric vehicle market where the metal, along with platinum, also is used.

The World Platinum Investment Council said that it expects higher costs of palladium, used in vehicle pollution-control devices, to spur a gradual switch by auto makers to using more platinum in gasoline-powered cars and trucks.

The WPIC is also predicting a “modest” 2021 surplus in platinum. “If confirmed, it would be the first surplus since 2018,” according to Peter Grant in Zaner’s latest Grant on Gold newsletter.

Some analysts speculate that China’s attempt to curb price surges of a number of commodities and some slowdown in the electric vehicle market, spurred by computer chip shortages, is weighing on the asset’s price.

On Tuesday, palladium prices were headed for a six-session losing streak, which would match the longest streak of declines since a period ended March 13 of 2020, FactSet data show. The declines have brought palladium down to around its lowest price since July of 2020.

The Klein Law Firm Reminds Investors of Class Actions on Behalf of Shareholders of CACC, ACB and LOOP

The Wall Street Journal: NRA’s Wayne LaPierre claims he is being extorted, pressured to resign by Oliver North

3 Things You Need to Know About Tilray's Q2 Results