Gold futures settle higher for a second straight session on Tuesday, as the U.S. dollar edged back, helping to extend gains for the precious metal which has been partially supported by worries about a possible default by one of China's largest property companies. Read More... 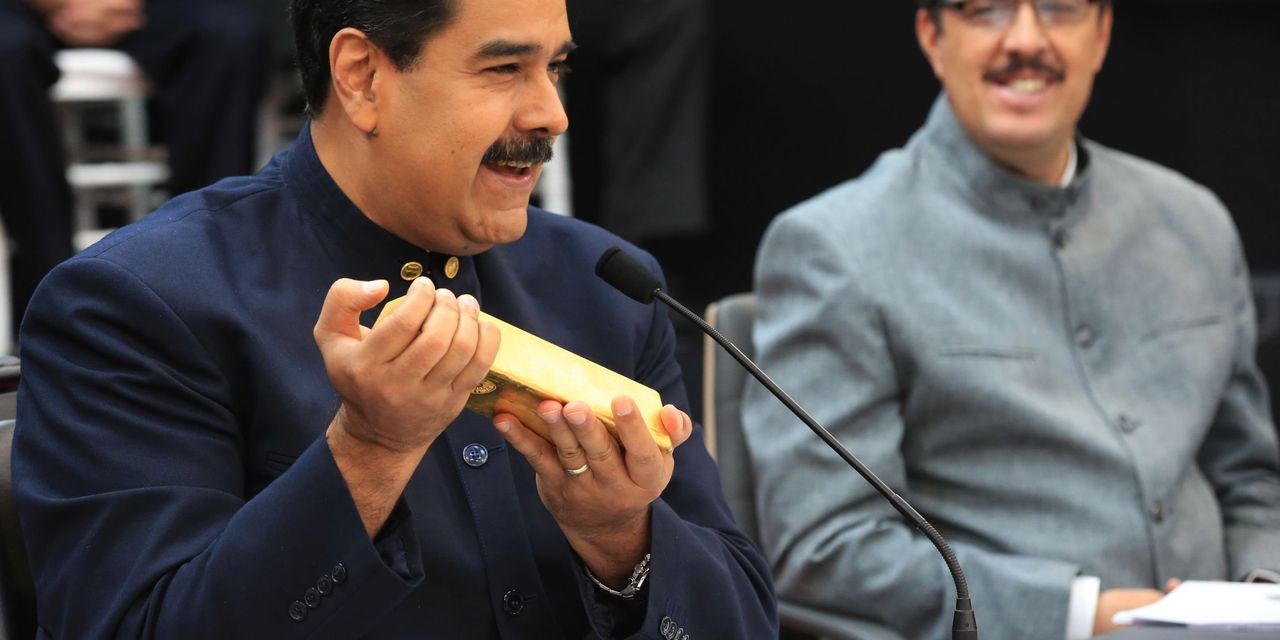 Gold futures settled higher for a second straight session on Tuesday, as the U.S. dollar edged back, helping to extend gains for the precious metal which has been partially supported by worries about a possible default by one of China’s largest property companies.

Traders also positioned themselves for Federal Reserve policy statement and interest-rate projections at the conclusion of the two-day meeting on Wednesday.

“The potential for a financial contagion inside China, ongoing infection issues in China, significant global equity market declines and the potential for significant Chinese stimulus provide the gold bulls with plenty of ammunition,” analysts at Zaner said in a note Tuesday.

Keeping bullion’s gains in check Tuesday though was a partial recovery in global equity markets, including a rise in the Dow Jones Industrial Average DJIA, +0.16% and the S&P 500 index SPX, +0.13%, and a rise in government bond yields, following Monday’s slump.

Gold prices added to earlier gains after data on Tuesday showed that U.S. home builders started construction on homes at a seasonally-adjusted annual rate of 1.62 million in August, up 3.9% from the previous month’s upwardly-revised pace.

Tuesday trading action suggests that the anxieties over the outlook for China’s highly leveraged property developer Evergrande 3333, -0.44% have subsided for now, but that hasn’t entirely sapped demand for precious metals, with the Fed set to conclude its policy meeting on Wednesday afternoon, which could prove a catalyst for commodities.

For now, the looming Fed policy decision on Wednesday is “limiting some buying interest” in gold, but that “that residual buying interest could rush into the market if Evergrande defaults on $305 billion worth of obligations,” said analysts at Zaner.

Still, the analysts at Zaner said that while they suspect Evergrande will fail, “China will be quick to stem the ramifications from that failure.”

Meanwhile, the dollar has now corrected sharply from a four-day rally, they said, and a slide below 93 for the ICE U.S. Dollar Index “could result in an acceleration of buying.” In Tuesday dealings, the index DXY, -0.02% was down nearly 0.1% at 93.233.

“For gold traders, the direction of the dollar is going to be just as important as the equity markets. To this end, the U.S. currency might perform mixed until at least the FOMC day on Wednesday,” wrote Fawad Razaqzada, market analyst at ThinkMarkets, in a daily note.

“If the stock market selling returns, this might reduce the prospect of central banks reducing stimulus in the coming months. This should lead to lower yields and potentially a stronger gold price,“ he noted.

Prices for bullion have been under pressure in recent sessions as a result of strong economic data out of the U.S., which has supported the belief that the Fed will taper its $120 billion in monthly purchases of Treasurys and mortgage-backed securities before the end of 2021.

“The combination of mounting growth risks, concerns about central bank tightening, and the chip shortage are combining to dim the demand picture for both platinum and palladium,” wrote Peter Grant in Zaner’s latest Grant on Gold newsletter.

The Tell: Washington is ‘playing a dangerous game with the debt limit,’ and ‘Americans would pay for default for generations, says Moody’s Zandi
UPDATE 1-Google to buy more office space in NYC as big tech swoops down on real estate
Comment

Deep Dive: These stocks rose the most Wednesday as investors cheered a divided government following the elections

As the market hits new highs, most stocks are sinking