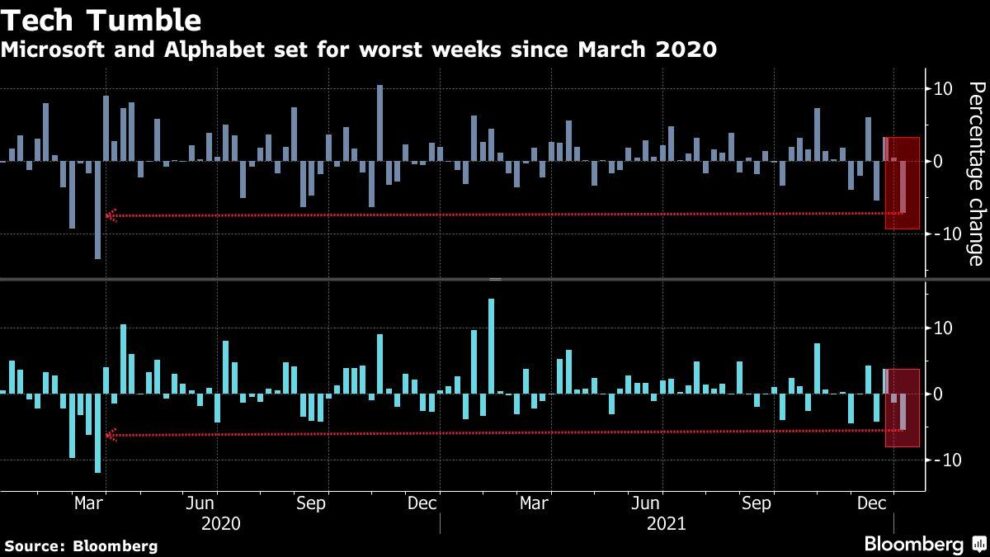 (Bloomberg) -- Alphabet Inc. fell on Friday, with the Google parent extending a drop that has resulted in its worst weekly performance since the start of the Covid-19 pandemic.Most Read from BloombergU.S. Is Open as Canada Shuts Down. The Difference? Their Health Care SystemsOmicron Study in South Africa Points to End of Acute Pandemic PhaseCiti Confronts Vaccine Holdouts in No Jab, No Job MandateGhislaine Maxwell Juror Who Could Upend Conviction Works for Carlyle GroupS&P 500 Posts Worst Start Read More...
List: The Top 50 Dividend Stocks 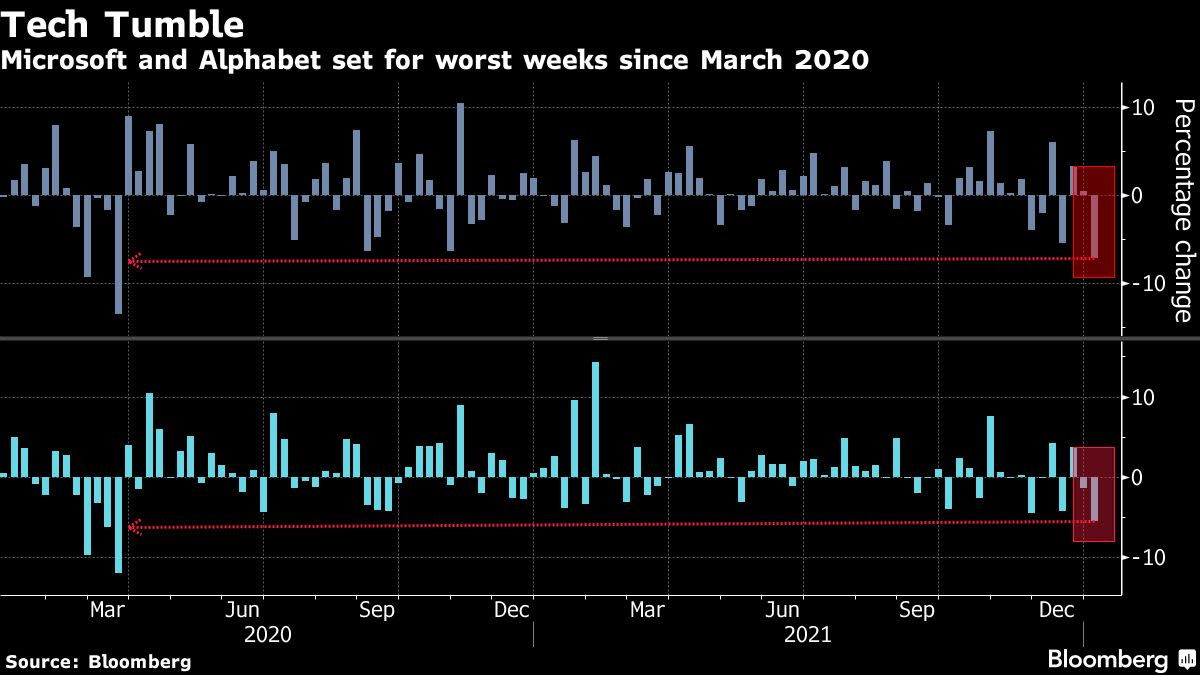 (Bloomberg) — Alphabet Inc. fell on Friday, with the Google parent extending a drop that has resulted in its worst weekly performance since the start of the Covid-19 pandemic.

Shares fell 0.5% in their fourth straight negative session. For the week, it dropped 5.4%, its biggest weekly decline since March 2020. Microsoft Corp. ended Friday’s session with a gain of less than 0.1%, but it slipped 6.6% over the course of the week.

The weekly rout came amid a spike in U.S. bond yields, which broadly pressured high-growth names. The yield on the U.S. 10-year Treasury climbed to about 1.77% on Friday, its highest since January 2020, after trading as low as under 1.4% in December. Higher rates are seen as a headwind for high-growth and relatively expensive stocks as they reduce the present value of future earnings.

Trading on Friday was also impacted by the latest jobs report, which showed a drop in the unemployment rate and an increase in wages.

The iShares Expanded Tech-Software Sector ETF fell 0.8%. For the week, it fell 8.8% in its biggest drop since March 2020. The scale of the recent weakness has some analysts seeing value in the sector. Goldman Sachs wrote that “the group may be oversold,” given a positive view for demand trends in 2022.

For Microsoft and Alphabet, the rough start to 2022 comes after a year where both companies sharply outperformed. Alphabet gained 65% over the course of 2021, more than double the nearly 27% return of the Nasdaq 100 Index. Microsoft rose more than 50% last year, its 10th straight positive year, as well as its ninth straight year with a double-digit advance.