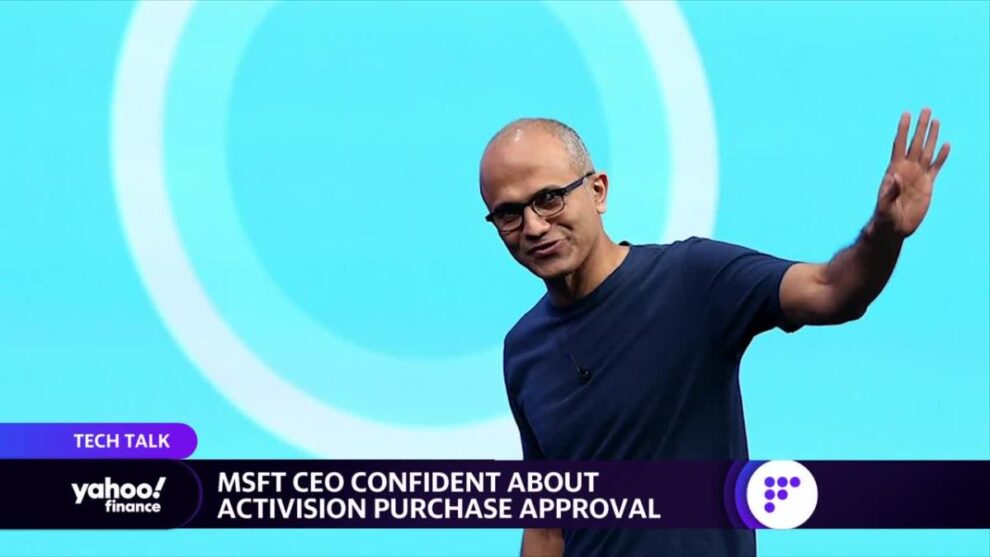 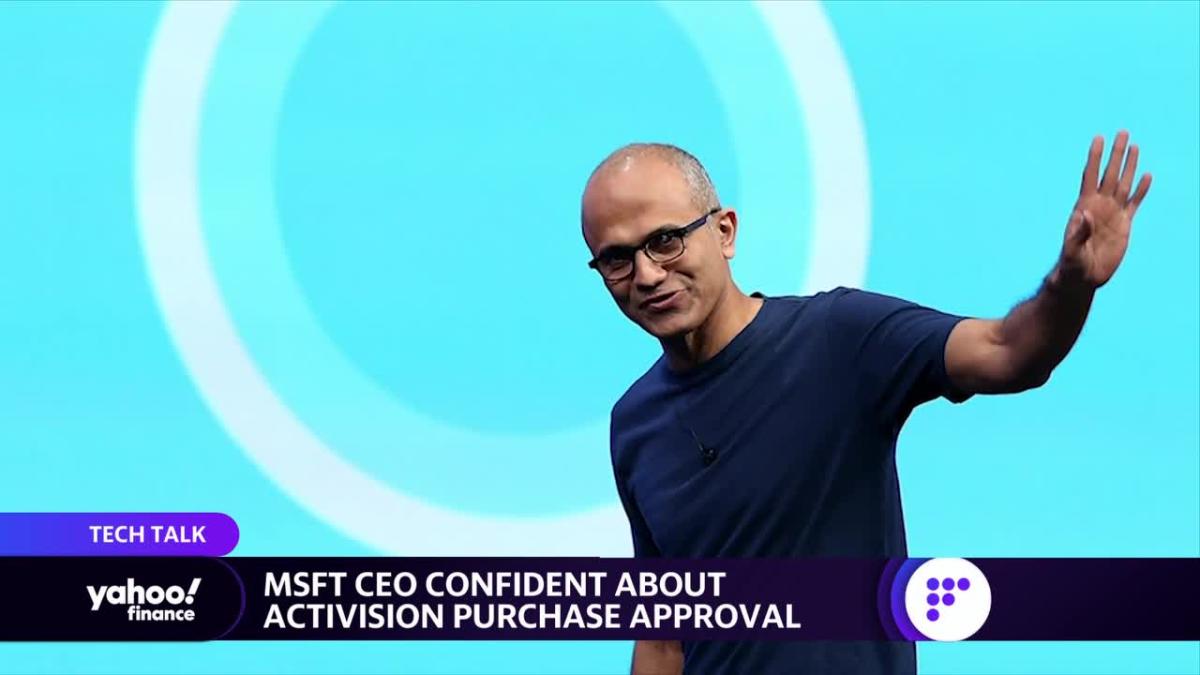 – Satya Nadella saying he’s confident the company’s purchase of Activision will get regulatory approval. Tech reporter Dan Howley here with that story. Dan, it has been an awfully long time, back in January. Why so confident?

DAN HOWLEY: Yeah. It sounds like he just is basically chalking this up to the normal kind of regulatory scrutiny you would see from a deal of this size. Now, Activision Blizzard obviously one of the largest video makers in the world. And when it comes to the three big video game companies– that’s Nintendo, Sony, and Microsoft– Sony is really the one that’s nervous here because they rely on the sales of things like Call of Duty, which Activision Blizzard makes, to help power the sale of their PlayStation consoles as well as their PlayStation online services.

And so they’re pushing back heavily against this, basically saying that it would push them out of the way and give Microsoft an unfair advantage by getting access to titles like Call of Duty. And so that’s why we’re seeing this kind of regulatory scrutiny. Obviously, we’ve talked about UK’s competition regulator looking at this. And so Nadella essentially saying here that, look, this is par for the course when it comes to huge acquisitions. They went through it similarly when they acquired Bethesda. And so they’re expecting that to happen here and then for everything to kind of go hunky tory for them.

– Well, speaking of Microsoft, Dan, while we have you, I know the company was out with a recent survey that you just parsed through. Some revealing things here just in terms of the number of meetings that we have because of work from home, also how productive they are. What stood out to you in these findings?

DAN HOWLEY: Yeah, that’s right. Microsoft basically saying that from its Teams platform its seen across all of its users, meetings jumped 153% since the start of the pandemic to this spring. And so they point that to some of the pressures that employees are facing. They also say that employees generally say that they are very productive, while employers say that they can’t trust that their remote and hybrid employees are productive on their own. Now, I spoke to some outside experts who said that studies have shown that remote and hybrid workers are, in fact, more productive than they are as opposed to in office.

And so part of that has to do with their ability to be more flexible at work and things of that nature. But Microsoft bringing this up and then pointing to some of the solutions that it has to offer through its Viva app, which is basically a platform that allows workers to get information on what they’re doing in their business, as well as kind of build a sense of camaraderie among their fellow workers.