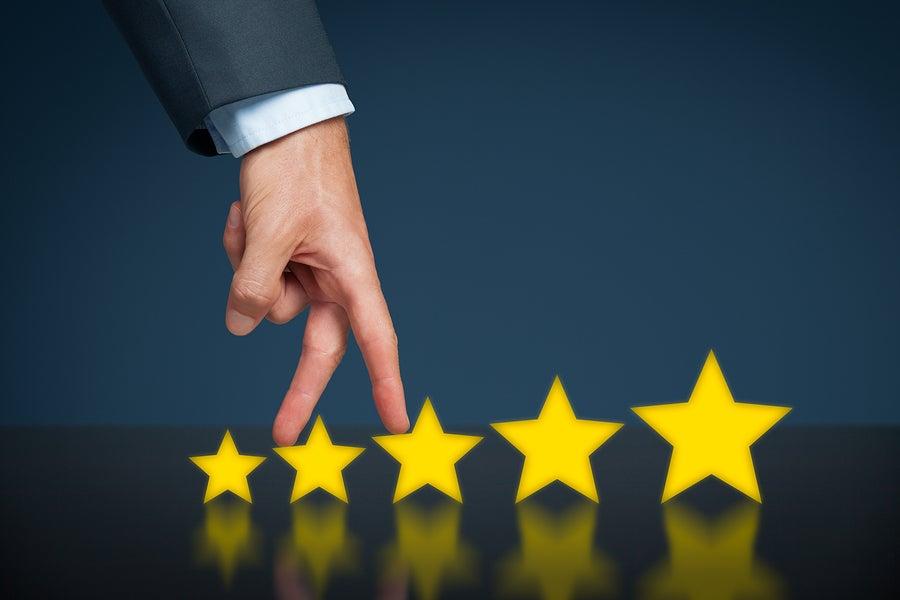 Microsoft (MSFT) reported earnings 30 days ago. What's next for the stock? We take a look at earnings estimates for some clues. Read More...

A month has gone by since the last earnings report for Microsoft (MSFT). Shares have added about 4.6% in that time frame, outperforming the S&P 500.

Will the recent positive trend continue leading up to its next earnings release, or is Microsoft due for a pullback? Before we dive into how investors and analysts have reacted as of late, let’s take a quick look at the most recent earnings report in order to get a better handle on the important drivers.

Microsoft reported first-quarter fiscal 2022 earnings of $2.27 per share, which beat the Zacks Consensus Estimate by 10.2%. The bottom line also surged 25% on a year-over-year basis (up 23% at constant currency or cc).

Revenues of $45.3 billion increased 22% from the year-ago quarter’s levels (up 20% at cc). The top line surpassed the Zacks Consensus Estimate by 3.3%.

Robust adoption of Azure cloud offerings drove the top line. Continued momentum in Teams app and strong performances from Power Platform, LinkedIn business and the gaming segment were other tailwinds.

Commercial bookings climbed 11% year over year (up 14% at cc), courtesy of consistent execution across new, add-on and renewal sales motions, noted the company.

The Productivity & Business Processes segment, which includes the Office and Dynamics CRM businesses, contributed 33.2% to total revenues. Revenues increased 22% (up 20% at cc) on a year-over-year basis to $15.039 billion.

Office Commercial products and cloud services revenues rose 18% (up 16% at cc) on a year-over-year basis. Office 365 commercial revenues rallied 23% (up 21% at cc). The upside can be attributed to strong installed base growth and average revenues per user (ARPU) expansion.

E5 revenue growth was driven by strength in the advanced security, compliance, and voice components.

LinkedIn revenues advanced 42% from the year-ago quarter’s levels (up 39% at cc). The better-than-expected performance was driven by strength in the Marketing solutions and Talent Solutions along with an improvement in the job market scenario.

Microsoft is gaining from expanding user base of different applications including Microsoft 365 and Teams. Both solutions continue to witness record adoption. The uptick can be attributed to the continuation of work-from-home trend and mainstream adoption of hybrid work policies. The company noted that Microsoft Teams has 138 customers with more than 100,000 users of Teams and more than 3,000 clients with over 10,000 users.

Microsoft’s Power Platform reported a monthly active user base of 20 million, up 76% year over year in the quarter under review.

In October 2021, Microsoft rolled out the latest iteration of its Windows operating system — Windows 11.  The system features a Start Button at the center along with Teams Integration and a overhauled Microsoft Store among others.

The Intelligent Cloud segment, including server and enterprise products and services, contributed 37.4% to total revenues. The segment reported revenues of $16.964 billion, up 31% (up 29% at cc) year over year.

Enterprise mobility and security installed base revenues rallied 30% to more than 196 million seats.

Enterprise service revenues increased 9% (up 8% at cc) in the reported quarter, owing to growth in Microsoft Consulting Services and Enterprise Support Services.

More Personal Computing segment, which primarily comprises Windows, Gaming, Devices and Search businesses, contributed 29.4% to total revenues. Revenues were up 12% (up 11% at cc) year over year to $13.314 billion, driven by strength in gaming and Windows OEM.

Windows commercial products and cloud services revenues increased 12% year over year (up 10% at cc), on the back of higher customer adoption of Microsoft 365 offerings.

Windows OEM revenues was up 10% on a year-over-year basis owing to strength in the PC market.

Surface revenues fell 17% (down 19% at cc) from the year-ago quarter’s levels due to tougher year-over-year comparisons.

Gaming revenues increased 16% (up 14% at cc) driven by increased engagement levels. Revenues from Xbox hardware soared 166% (up 162% at cc), driven by the new consoles.

Xbox content and services revenues was up 2% year over year (relatively unchanged at cc), owing to higher Game Pass subscriptions and demand for first party titles. The uptick was partly offset by tougher year-over-year comparisons and a decline in third party titles.

Gross margin increased 21% (up 19% in cc) to $31.7 billion. This can be attributed to revenue growth across the Productivity & Business Processes, Intelligent Cloud and More Personal Computing segments.

Non-GAAP gross margin (in percentage terms) of 70% declined slightly on a year-over-year basis, due to change in accounting estimate, noted the company. Microsoft cloud gross margin was 71%, also slightly down year over year.

Operating margin expanded 200 bps on a year-over-year basis to 45%.

More Personal Computing operating income rallied 7% (up 5% at cc) to $5.1 billion. Gross margin (as a percentage of segment income) declined on a year-over-year basis, as sales mix moved to Gaming.

In the reported quarter, the company returned $10.9 billion to shareholders in the form of share repurchases ($6.2 billion) and dividends payouts ($4.7 billion).

For second-quarter fiscal 2022, Productivity and Business Processes revenues are anticipated between $15.7 billion and $15.95 billion. Strong upsell opportunity for Microsoft E5 and momentum in Office 365 is expected to drive growth in Office commercial.

On-premises business is anticipated to decline in high-teens due to customers’ shift to cloud.

LinkedIn revenue growth is anticipated to be in mid-30% range driven by improving ad and jobs market and increasing engagement levels. Revenue growth for Dynamics is expected to be similar as in the fiscal first quarter driven by continued Dynamics 365 momentum and Power Apps.

Intelligent Cloud revenues are anticipated between $18.1 billion and $18.35 billion. Azure’s revenue growth is likely to reflect continued strength in the consumption-based services.

Gains from Microsoft 365 suite adoption is expected to boost growth in per-user business. However, the company noted that it was expecting some moderation in growth given the large size of the installed base.

For Enterprise Services business, management expects revenues to be up in high-single digits. On-premises server business is projected to grow in the mid-single digits range driven by demand for hybrid offerings.

More Personal Computing revenues are expected between $16.35 billion and $16.75 billion. The company expects overall Windows OEM revenues to increase in the low to mid-teens’ range.

Windows commercial products and cloud services are expected to grow in low double-digit range driven by demand for Microsoft 365 and advanced security solutions.

Search advertising revenues, excluding TAC, are anticipated to grow in the low to mid-20% range on improving advertising market. The company noted that persistent supply chain disruptions likely to affect ad budgets and might put a dent on the performance.

Surface revenues are anticipated to decline in the single digits on a year-over-year basis, due to supply chain disruption.

Gaming revenues are anticipated to be up in high-single digits marred by tougher year over year comparisons. Xbox content and services revenues are projected to increase in the mid-teens range owing to higher engagement levels on the Xbox platform and the launch of new AAA titles. Demand for Xbox Series X and S will continue to be negatively impacted by supply issues.

Management expects COGS between $17 billion and $17.2 billion. Operating expenses are anticipated in the range of $12.7-$12.8 billion.

In the past month, investors have witnessed an upward trend in fresh estimates.

Currently, Microsoft has a strong Growth Score of A, though it is lagging a lot on the Momentum Score front with a C. Following the exact same course, the stock was allocated a grade of C on the value side, putting it in the middle 20% for this investment strategy.

Estimates have been broadly trending upward for the stock, and the magnitude of these revisions looks promising. Notably, Microsoft has a Zacks Rank #3 (Hold). We expect an in-line return from the stock in the next few months.

After a spate of device hacks, Google beefs up Nest security protections

Key Words: Trump’s next move could lead to a 25% drop in stocks, says billionaire investor