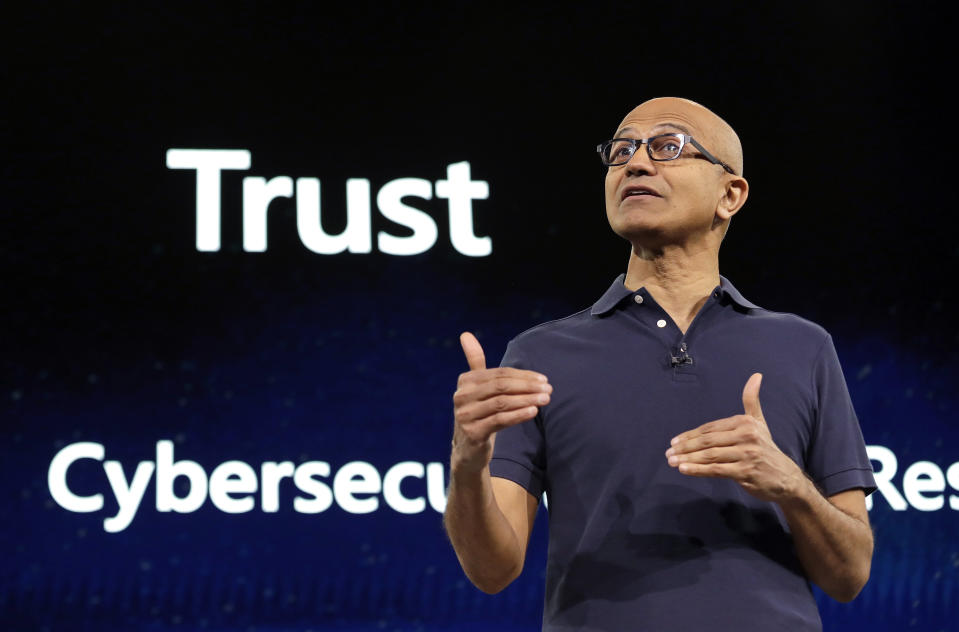 Microsoft’s (MSFT) earnings report may have signaled a continued slowdown in cloud growth and a steep drop in PC sales, but it also provided more insight into its growing security arm. According to the tech giant, its security offerings are now a $20 billion per year business.

“This is an asymmetric war as…[customers] do not want to cut security budgets. They are investing heavily, because protecting an organization is key for an organization to deliver on its mission, on its innovation, and serve their own customers,” Jakkal said.

Microsoft’s Security Cloud, as it’s called, is made up of six products: Microsoft Defender, Microsoft Entra, Microsoft Intune, Microsoft Priva, Microsoft Purview, and Microsoft Sentinel. Each offering makes up a portion of the broader security chain, ranging from prevention and detection to compliance management.

According to Jakkal, security is where organizations spend the most, and easily justifiable for companies.

“Attacks don’t stop…especially in financially constrained times,” Jakkal explained. “Ransomware is a good way for an attacker to make a quick buck, and that barrier to entry for ransomware has gone down significantly.”

According to McKinsey & Company, the cybersecurity market could be worth as much as $2 trillion as more businesses realize that they lack the kind of protection and detection measures to keep their networks safe.

Despite that kind of growth, Jakkal says that there still aren’t enough cybersecurity professionals in the U.S. According to the Microsoft executive, there are some 3.5 million to 4 million unfilled cybersecurity jobs in the U.S.

If Microsoft can fill even a small portion of those roles, it should be able to continue building out its security platform with ease. That, however, means it will have to keep other players including CloudStrike (CRWD) and Palo Alto Networks (PANW) at bay.