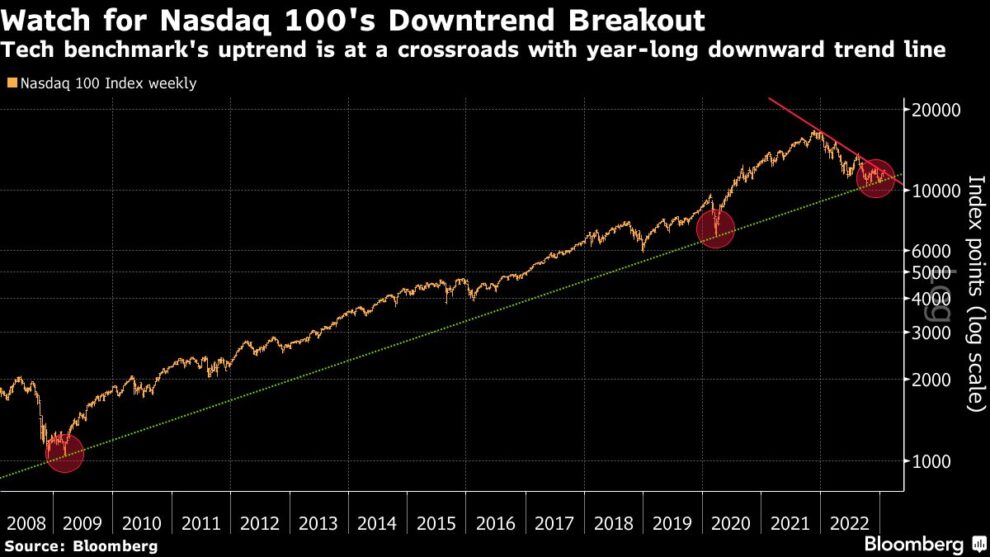 (Bloomberg) -- The expected slowdown at Microsoft Corp.’s cloud-computing business is coming as a disappointment to some investors who had counted on the software giant to be relatively resistant to a potential recession.Most Read from BloombergUS Confronts China Over Companies’ Ties to Russian War EffortCitadel’s $16 Billion Win Tops Paulson’s Greatest Trade EverHow Apple’s Upcoming Mixed-Reality Headset Will WorkBlizzard Manager Departs In Protest of Employee Ranking SystemWhat The Heck Is Hap Read More... 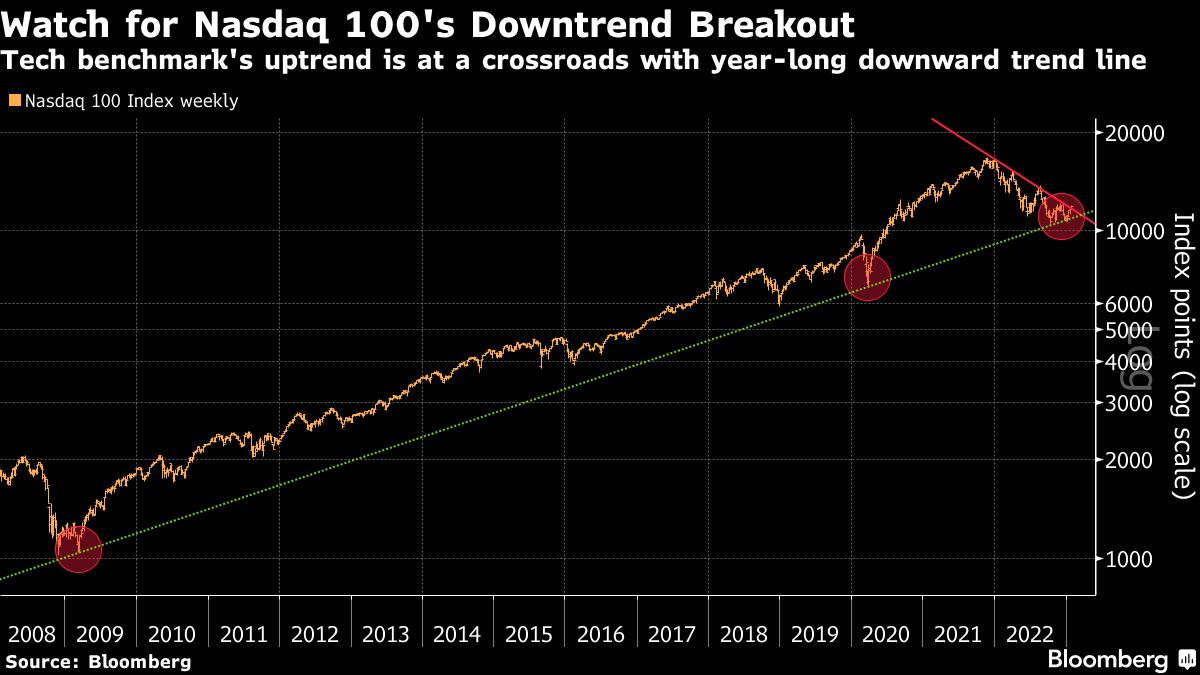 (Bloomberg) — The expected slowdown at Microsoft Corp.’s cloud-computing business is coming as a disappointment to some investors who had counted on the software giant to be relatively resistant to a potential recession.

The stock has missed out on most of the January rally in tech and some analysts have started turning negative on it after years in which the company enjoyed overwhelmingly bullish ratings.

Bears say it won’t be time to buy until a slowdown or contraction is more fully priced in. Microsoft will give some clues as to how the business is doing when it reports quarterly earnings after the close on Tuesday.

“There could be better entry points ahead, especially if we see a pullback in economic growth,” said Timothy Ghriskey, senior portfolio strategist at Ingalls & Snyder, which has about $7 billion in assets.

Microsoft shares have outperformed the technology benchmark Nasdaq 100 Index in recent years, in part because the company has long been seen as able to withstand a weakening economy. Yet faced with spending cutbacks by its corporate clients, the company last week joined its peers in cutting jobs.

John DiFucci, an analyst at Guggenheim, slapped a sell rating on Microsoft, the first on the stock in more than three years. He cited growth concerns at the company’s Windows and Azure cloud computing businesses. That followed UBS Group AG, which this month cut its view on the stock, writing that Azure “is entering a steep growth deceleration that could prove to be worse in FY23/FY24 than investors are modeling.”

To be sure, the cloud operation — which competes with Amazon.com Inc.’s Amazon Web Services — is cranking out double-digit revenue growth. The problem is that it’s cooling off at a time when investor expectations are still high.

Analysts on average expect Azure sales to increase 34% at constant exchange rates this year and slow to 26% in 2024, according to Bloomberg data. Microsoft warned in October that Azure sales would rise by about 37% for its fiscal second quarter that ended in December, down from a 42% rate in the prior three months.

Even after slumping 29% last year, Microsoft trades at about 23 times projected earnings, just above its 10-year average, according to Bloomberg data.

“The public cloud segment has been the strongest secular growth trend in all of enterprise IT recently,” said Stefan Slowinski, an analyst at BNP Paribas Exane. If the cloud business is weakening then that makes “investors even more cautious about the market overall.”

Microsoft is still investing in Azure — it announced Monday it will invest more in OpenAI, the pioneering artificial intelligence research lab behind ChatGPT. The company said last week it was making OpenAI tools broadly available to its cloud customers, and would add the ChatGPT bot “soon.”

The Nasdaq 100 Index, stuck in a range despite sporadic rallies over the past year, now is showing signs of breaking out. The tech-heavy gauge has jumped 5.1% in the past two sessions, fueled in part by strong Netflix Inc. results and job cut announcements from Alphabet Inc. and Spotify Technology SA. The index is down less than 1% on Tuesday, hovering around its downward trend line — a level it has failed to breach on multiple occasions in 2022. Big Tech earnings, which Microsoft kicks off Tuesday, should determine if this upward momentum has enough steam to carry on, says Gurmit Kapoor, Aurel BGC cross-asset sales trader.

–With assistance from Thyagaraju Adinarayan, Ryan Vlastelica and Michael Msika.