It appears that Pfizer has taken the lead in the tug of war for market share among the leading COVID-19 vaccine makers, and Moderna's investors aren't happy about it. Read More... 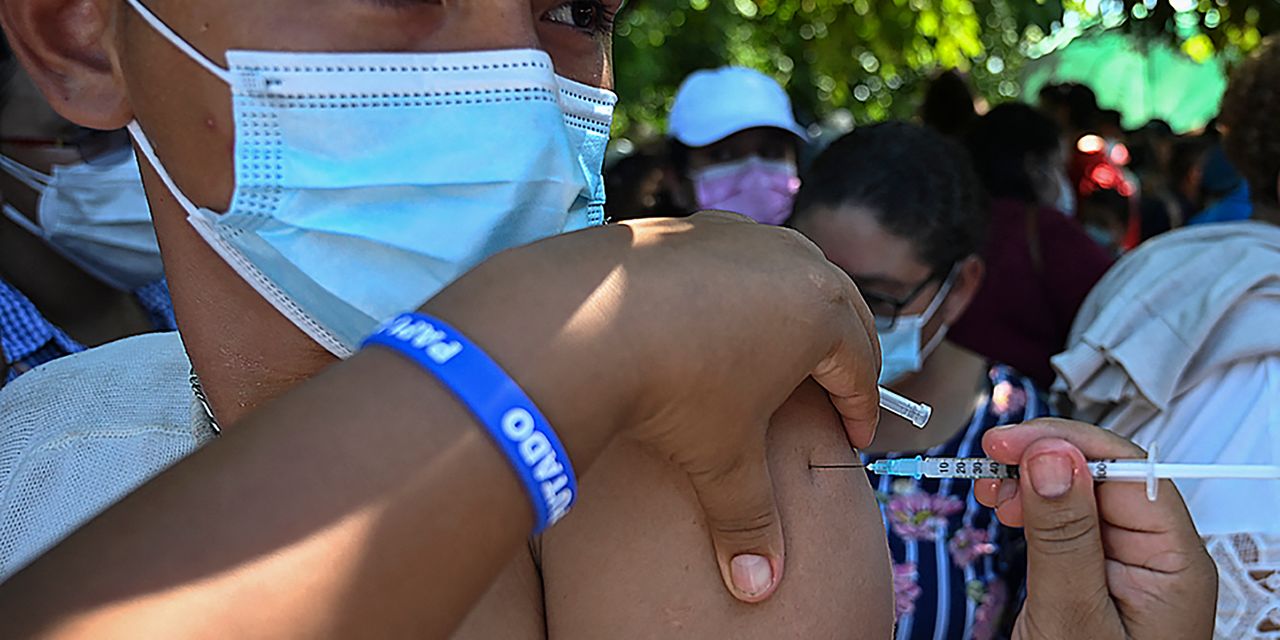 It appears that Pfizer has taken the lead in the tug of war for market share among the leading COVID-19 vaccine makers, and Moderna’s investors aren’t happy about it.

Moderna Inc. MRNA, -16.56% this week had to disclose two pieces of disappointing news: its COVID-19 vaccine won’t be authorized in teens or children in the U.S. before the end of the year, and supply issues getting its shot to different countries have sharply cut into sales as a result.

“Beginning of the year, it was mostly shipping to CDC in the U.S. and Europe, and that was it,” Moderna CEO Stéphane Bancel said Thursday during the company’s third-quarter earnings call, according to a FactSet transcript. “But then as we increase the number of countries to many dozen by now, the complexity is just increasing.”

Moderna said Thursday that sales of its COVID-19 shot in the third quarter came in at $4.8 billion, far less than the $5.8 billion expected by Wall Street analysts, according to a FactSet consensus.

Executives cited “scale-up challenges” in the third quarter as the company ramped up deliveries around the world.

Moderna also had to adjust its sales projections for the year, saying that it now expects between $15 billion and $18 billion in COVID-19 vaccine sales, compared with a previous estimate of $20 billion in product sales for 2022. (The vaccine is Moderna’s only authorized or approved product.)

The tug of war for market share between Moderna and Pfizer

Moderna is a crucial player in the pandemic, launching the second authorized COVID-19 vaccine in the U.S. within weeks of BioNTech SE BNTX, -20.92% and Pfizer Inc.’s PFE, +10.86% COVID-19 shot, Comirnaty.

Both of the vaccines developed by Moderna and BioNTech/Pfizer use mRNA technology, require two doses, and had similar efficacy rates in last year’s clinical trials.

Moderna’s shot is authorized for adults in the U.S.

That said, there may be some clinical differentiators. Preliminary research has indicated that Moderna’s shot may produce a stronger and perhaps more durable immune response than BioNTech and Pfizer’s shot.

The latest data came from a federal “mix-and-match” clinical trial that indicated a Moderna booster shot produces the best immune response when compared with extra doses of the Pfizer or Johnson & Johnson vaccines.

However, Moderna’s struggle to keep up with the regulatory and commercial pace set by Pfizer became clear this week.

On Sunday, the company informed investors that the Food and Drug Administration is taking extra time to assess the risk of myocarditis, a type of inflammation of the heart, among those who have received its shot. (Myocarditis is a known but rare risk associated with the mRNA vaccines. It primarily occurs in teen boys and young men.) Then came the disappointing revenue numbers on Thursday.

The extended review time is expected to delay the regulator’s decision whether to authorize the vaccine among adolescents until January. Moderna also said Sunday that it will push back plans to submit its application for young children while the FDA’s safety review is under way.

Executives attributed the FDA’s review to timing, saying that Pfizer’s application for teens went through before “any substantial discussion about myocarditis.”

“What we’re seeing here, with the difference, is a function of timing,” Moderna President Stephen Hoge told investors during the earnings call. “The other vaccine had been authorized before this concern.”

Meanwhile, millions of pediatric doses of Pfizer’s vaccine are currently being shipped to sites across the U.S.

The U.S. has purchased enough doses of Comirnaty to immunize all 28 million children between the ages of 5 and 11 years old, effectively shutting out Moderna’s vaccine from this phase of the nation’s vaccine campaign. BioNTech/Pfizer vaccine will likely be the only shot available for children and teens in the U.S. until at least January.

The rollout of COVID-19 shots for children is somewhat similar to the vaccine rollout to the general public last spring, with some parents who are eager to have their children immunized hunting online for appointments and calling pediatrician’s offices.

But Pfizer is also facing questions from investors.

As the U.S. and some countries move their populations past the first-and-second-dose phase and into the booster stage of the pandemic, that’s going to cut down the powerhouse sales figures that all COVID-19 vaccine makers are generating right now.

Moderna executives said they expect the virus to become seasonal and endemic sometime in 2022.

“Most of Pfizer’s other core products were in line or below expectations for the quarter,” Mizuho Americas analyst Vamil Divan told investors this week, “and we continue to have questions on the longevity of the Comirnaty revenue stream.”

Dispatches from a Pandemic: The lines for COVID-19 tests are longer than the lines for Black Friday shopping