The number of people traveling by air has increased substantially, to the highest level since the onset of the pandemic in the U.S. Read More... 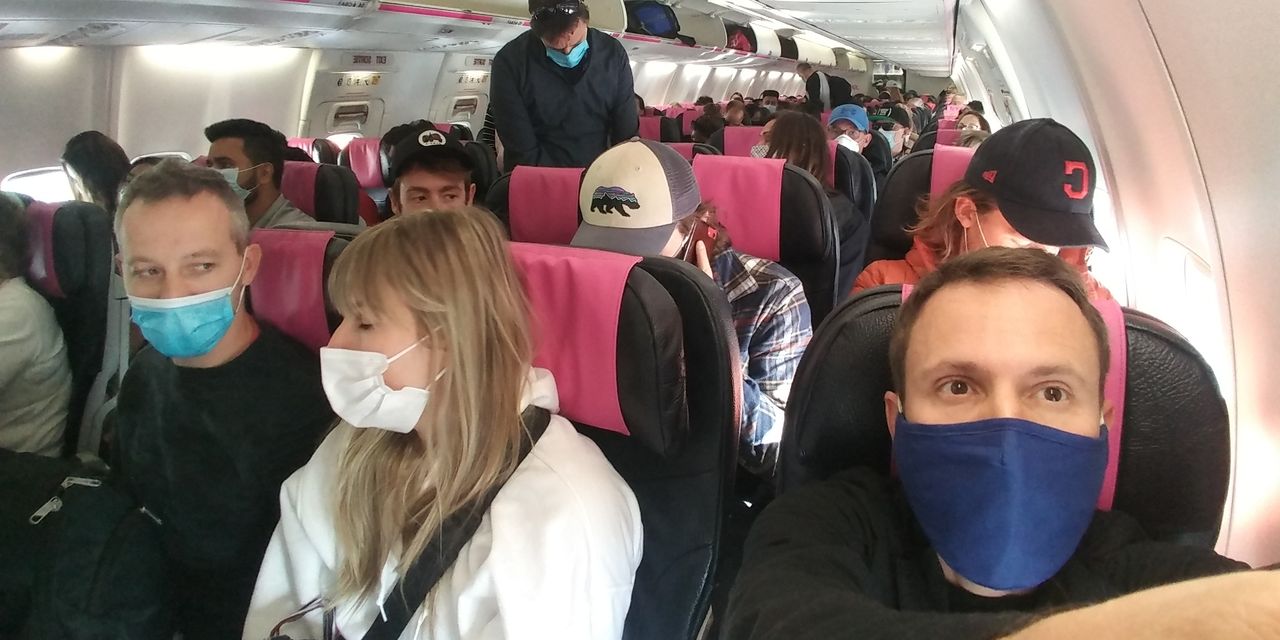 Nearly every airline is allowing travelers to book the middle seats on flights, despite a new study from the Centers for Disease Control and Prevention suggesting that blocking the middle seat reduces passengers’ exposure to virus particles, including the virus that causes COVID-19.

A laboratory-based study predicted that keeping the middle seat vacant would lead to a 23% to 57% reduction in flight passengers being exposed to viable virus particles, according to the CDC’s report released Wednesday.

In recent weeks, the number of people traveling by air has increased substantially, to the highest level since the onset of the pandemic in the U.S. Recently, the CDC released new travel guidance for people who are vaccinated, though the agency declined to recommend traveling at this time. The CDC continues to advise against travel for anyone who has not yet been fully inoculated to COVID-19.

“ Physical distancing of passengers, including through policies such as middle seat vacancy, could reduce SARS-COV-2 exposure risk. ”

It is not yet clear to what extent reducing exposure actually decreases the risk of transmission, the CDC added.

“Physical distancing of aircraft passengers, including through policies such as middle seat vacancy, could provide additional reductions in SARS-COV-2 exposure risk,” the report noted.

The study only assessed the spread of aerosols, tiny airborne particles that the CDC has previously said play a role in spreading COVID-19, and it did not examine the role played by other particles that could spread the virus.

These other particles include droplets, which are larger than aerosols, and fomites, pathogens found on surfaces that are not believed to be a common way in which the SARS-COV-2 virus spreads.

Notably, the study did not consider the effectiveness of mask-wearing in combatting the spread of COVID-19 on flights. The CDC’s new analysis was based on experiments conducted for a separate study back in 2017, before mask-wearing became commonplace.

The role of masks on flights

In January, the CDC issued an order requiring travelers to wear masks throughout their trips, including onboard flights, when boarding or disembarking the plane and when waiting at the airport.

“The impact of masking also was not considered in the current aerosol analysis because masks are more effective at reducing fomite and droplet exposures than aerosol exposures,” the CDC’s new study stated.

The public-health agency further noted that other research indicated “masking seems to not eliminate all airborne exposures to infectious droplets and aerosols and support the importance of multicomponent prevention strategies as good practices.”

Currently, most airlines that operate in the United States do not have a policy in place that bars passengers from booking the middle seats on flights. Delta Air Lines DAL, -0.38% currently has such a policy, but announced earlier this month that it would expire in May, a month earlier than previously announced.

Delta was the last major holdout in the industry blocking middle seats. Airlines that had similar policies, including Hawaiian HA, -0.91% and JetBlue JBLU, -1.88%, have since abandoned them.

“ Some airlines have opted against blocking certain seats, including United, Allegiant, Spirit and Sun Country. ”

Other carriers, including Alaska ALK, -0.14%, Frontier ULCC, +0.90% and Southwest LUV, -0.87%, had policies that reduced capacity overall on flights without singling out middle seats, but generally those policies have also since been allowed to expire.

Some airlines have opted against blocking certain seats throughout the pandemic, including United UAL, -0.45%, Allegiant ALGT, -2.07%, Spirit SAVE, -0.83% and Sun Country.

“Throughout the COVID-19 pandemic, we’ve worked closely with the Centers for Disease Control and Prevention, local government, and our industry peers to ensure we’re maintaining top health and safety measures,” a spokeswoman for Sun Country told MarketWatch. “We do not currently have plans to change any of our existing seating policies.”

A spokeswoman for Allegiant noted that the company “has taken a multi-layered approach to our onboard health and safety program.”

How easily does COVID-19 spread on flights?

For their part, Airlines for America and the International Air Transport Association, another industry organization, both pointed to research suggesting that the precautions airlines have implemented have kept travelers safe amid the pandemic.

Those precautions include requirements to wear masks, enhanced cleaning procedures, and stipulating that passengers fill out health attestations before their trips.

“Multiple scientific studies confirm that the layers of protection significantly reduce risk, and research continues to demonstrate that the risk of transmission onboard aircraft is very low,” Airlines for America told MarketWatch.

Reports conducted by the U.S. Transport Command and by the Harvard School of Public Health Aviation Public Health Initiative have both indicated that the wearing of masks and air-filtration systems in place on flights significantly reduce the possibility of catching the virus that causes COVID-19 on a flight.

“ Researchers said passengers could face more risk if they remove their masks to eat, and transmission could occur before or after a flight. ”

But these studies, too, had limitations. Researchers noted that passengers could face more risk if they remove their masks to eat or drink, and transmission could also occur before or after a flight.

It is not clear how many people have contracted COVID-19 from traveling by plane throughout the pandemic.

A November report from the International Air Transport Association said there had only been 44 confirmed or possible cases of COVID-19 associated with a flight since the beginning of 2020. In that time, more than 1 billion people had traveled by plane. A spokeswoman for the organization said it is reviewing the CDC’s new study.

Exposure on flights could be more common than most Americans realize. Until now, the U.S. government has not released data on how many flights have included a passenger who later tested positive for COVID-19. But the Canadian government has released that information, tracking more than 200 domestic and international flights with confirmed COVID-19 cases.

Don’t miss: 10 countries where vaccinated Americans are allowed to travel — but it won’t come cheap

: Should you convert your IRA to a Roth if Biden’s infrastructure plan passes?
The Moneyist: My fiancée’s mother asked us to raise her 2 kids, as we live in a good school district and she has a gambling addiction — then she claimed their stimulus checks
Comment

: Raytheon to cut more than 15,000 jobs amid airline slowdown

Outside the Box: I own a small business — this is what a $15 minimum wage means for me

The Moneyist: My wife has 125 lipsticks. Her $11K cosmetics bill is our household’s largest expense — exceeding vehicles and housing