Several new electric pickup trucks and SUVs are coming to the market in the next few months, raising hopes they will help tip the scales in favor of electric vehicles by offering people their desired style. Read More... 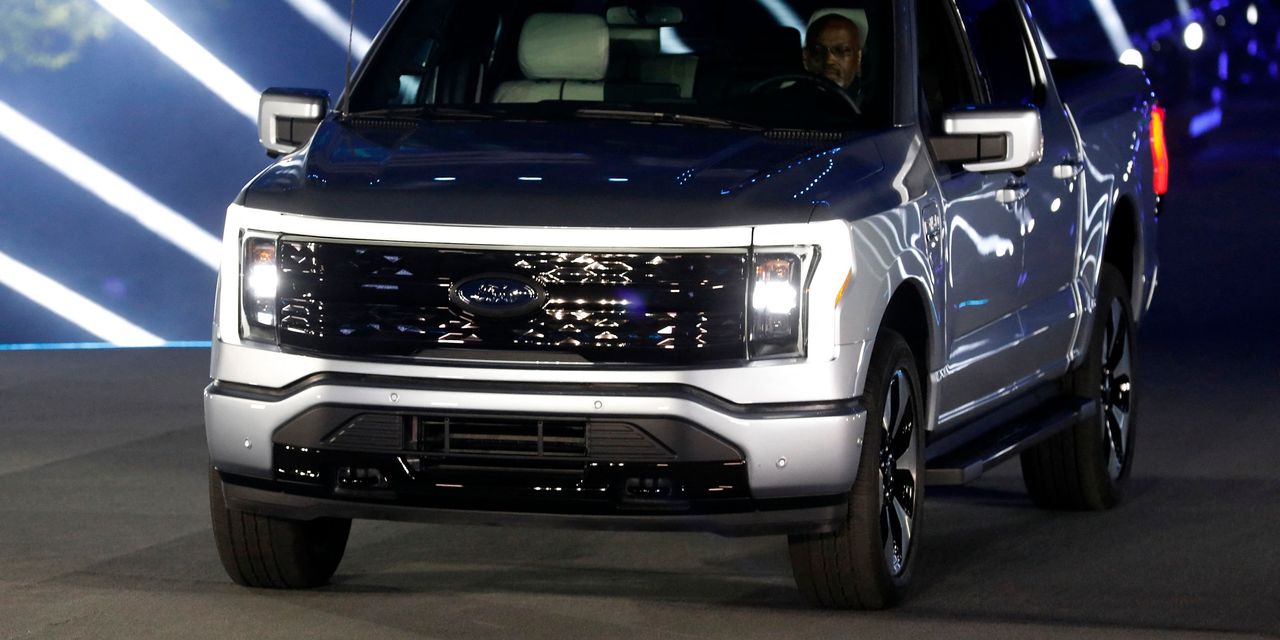 Several new electric pickup trucks and SUVs are coming to the market in the next few months, raising hopes they will help tip the scales in favor of electric vehicles by offering people their desired style.

Passenger trucks and SUVs have been the top-selling vehicles in the U.S. for years, and Ford Motor Co.’s F, -0.83% F-150 has been the No. 1 vehicle sold for decades. Their electric counterparts have taken some time to be road-ready, however, needing improvements in battery life and design, lighter body materials and other upgrades.

Rivian Automotive Inc., which has filed for an initial public offering, started selling a limited number of its R1T, a two-row, five-seat pickup truck, in September. It plans to launch an SUV, the R1S, in December. Wider sales of the truck and the SUV are expected to begin in December and January.

It has been a “constant struggle” to get enough chips and other auto parts, with a respite for the worst of the shortages likely by 2023, Musk said at Tesla’s annual shareholder meeting.

Earlier this month, General Motors said it would be ready to unveil an electric version of the Chevy Silverado, its top-selling pickup truck, at the CES trade fair in January.

The company has promised the Silverado for 2023, as well as an electric Hummer for the fall of next year, in addition to several new EVs as part of its commitment to phase out internal combustion-engine vehicles by 2035.

The electric Silverado is expected to rival Ford’s F-150 Lightning electric pickup, which Ford says has generated more than 150,000 nonbinding preorders. Sales of the Lightning are expected to start next year.

Lordstown Motors Corp. RIDE, +2.15%, which recently hammered out a deal for its Ohio factory with Taiwan’s Foxconn Technology Group, is facing a challenge in keeping going with its Endurance electric pickup program, but said recently it “continues to move forward with its plan” to build a limited number of vehicles for testing and regulatory approvals for the rest of the year and early 2022.

It will update investors on its production plan when it reports third-quarter results in mid-November, it said.

Electric pickup trucks have all the capability of their ICE equivalents, but tend to have much more torque, or the ability to take off quicker.

It remains to be seen whether their prices will be comparable to ICE trucks. The Ford Lightning, for instance, starts at about $40,000, but it can quickly head to the mid-$70,000s and higher for its more luxurious trims.

“As with electric cars, several obstacles remain before electric trucks can appeal to mainstream buyers. The first one, as usual with electric vehicles, is cost,” said Karl Brauer with iSeeCars.com.

The new Rivian trucks are “amazing,” but they start at $70,000, “which is where most full-size trucks top out in price and beyond what any midsize truck costs,” he said.

“This doesn’t mean there isn’t an audience for the Rivian, but at that price there definitely isn’t a mainstream audience,” Brauer said.

“Beyond price, there’s range and charging infrastructure. Neither of these problems will be solved in the near term,” he said. “Again, that doesn’t mean there’s no audience for an electric truck, just that the number of buyers will be a sliver of mainstream truck buyers in the near term.”

It remains to be seen who the buyers will be, and how big the market for EV trucks is likely to become. Pickup-truck buyers tend to be younger, male, and well-to-do, and in that sense, not too different from a typical EV buyer.

“We just don’t know what the market will look like,” said Michelle Krebs, an analyst at Cox Automotive.

It will be interesting to see “who buys what,” Krebs said. Will people in the market for an electric pickup truck be more interested in newer brands, like Rivian and Tesla, or will they prefer to go with Ford or GM, perhaps even staying with the brand after owning a gas- or diesel-powered truck?

The market could also attract new-to-EV buyers, people who might have been waiting for electric pickups or SUVs to become available.

Ranges are likely to come into play as well, said Jessica Caldwell, an analyst with Edmunds. Electric pickups might be slower to catch up in suburban and rural areas until charging is more readily available, she said.

EV owners might also want something that looks “cooler,” with “no quirky factor like the Nissan Leaf,” she said. A winning design likely will be a big part of winning customers. That was what Tesla proved many years ago with its luxury sedans, Caldwell said.

As prices comes down, ranges increase, charging times shrink, and more people give these trucks a try, the buyer base will inch up, iSeeCars.com’s Brauer said.

“And that’s what we’re going to see with EV truck buyers — a slow, inch-by-inch growth in market share. Nothing is going to happen abruptly, even with all these new truck and SUV models on the cusp of hitting showrooms.”

Report: Google clarified to employees that 'Googleyness' does not mean culture fit

Alphabet Is Reporting Earnings Thursday. Here’s How to Play It With Options.