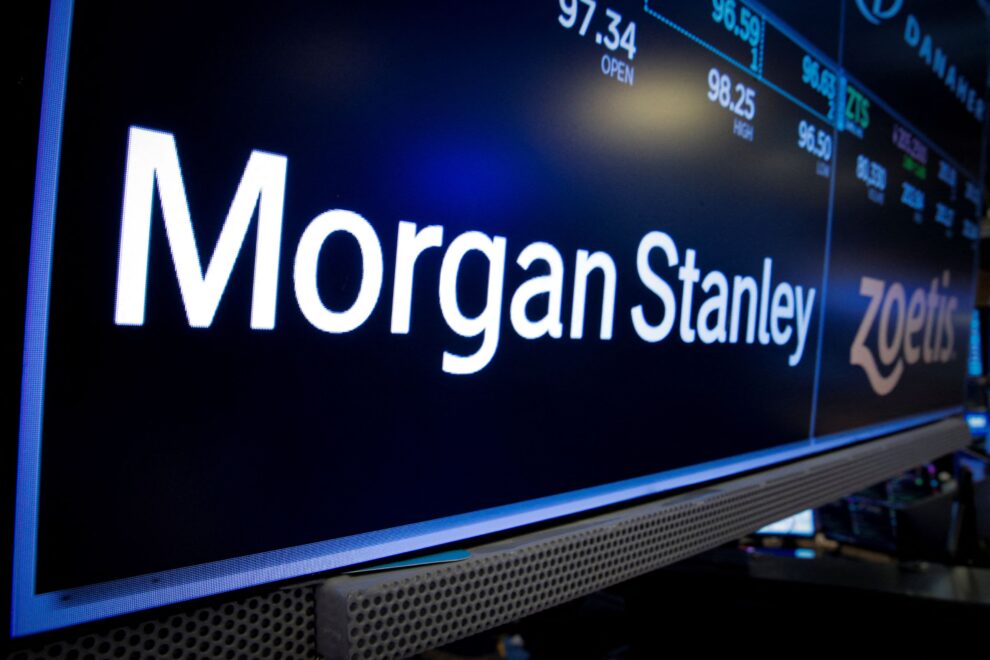 A screen displays the trading information for Morgan Stanley on the floor of the New York Stock Exchange (NYSE), January 19, 2022.

Shares of the firm rose more than 6% in early trading after the results.

Profit has been hurt by a slowdown in deal-making over the past year, prompting the New York-based company cut about 2% of its staff in December. The job reductions impacted about 1,600 of its 81,567 employees and touched nearly every corner of the global investment bank. The firm posted severance costs of $133 million in the latest quarter.

Excluding those expenses and a tax gain of $89 million, Morgan Stanley said it earned $1.31 per share.

Revenue fell to $12.75 billion from $14.52 billion a year ago, but was higher than he $12.64 billion Wall Street was expecting, according to Refinitiv.

“We reported solid fourth quarter results amidst a difficult market environment,” Chairman and CEO James Gorman said in a statement. “Overall, 2022 was a strong year for the Firm as our clear strategy and balanced business model enabled us to deliver an ROTCE of 16% despite the complex macro backdrop.”

The company’s wealth management business, which tends to have steady returns, posted record net revenue of $6.63 billion in the latest quarter, 6% higher than a year ago. The result was helped by an increase in net interest income on higher interest rates and bank lending growth, the bank said.

On the equity side, revenue fell 24% from a year ago, driven by markdowns on certain strategic investments and lower brokerage balances. But fixed income net revenue was up 15% from a year ago, reflecting stronger results in macro and credit products.

The firm’s investment banking suffered a big slowdown amid a collapse in IPOs and debt and equity issuance. Revenue from investment banking came to $1.25 billion in the fourth quarter, down 49% from a year ago. The bank said the drop was due to the substantial decline in global equity underwriting volumes and lower completed M&A transactions.

Morgan Stanley’s investment management division reported revenue of $1.46 billion, marking a 17% decline from a year ago amid the extreme market volatility brought on by the Federal Reserve’s aggressive rate hikes. The bank’s assets under management shrank to $1.30 trillion from $1.57 trillion last year.

In the latest period, the bank set aside $87 million for credit losses, compared with just $5 million in the same quarter a year ago.