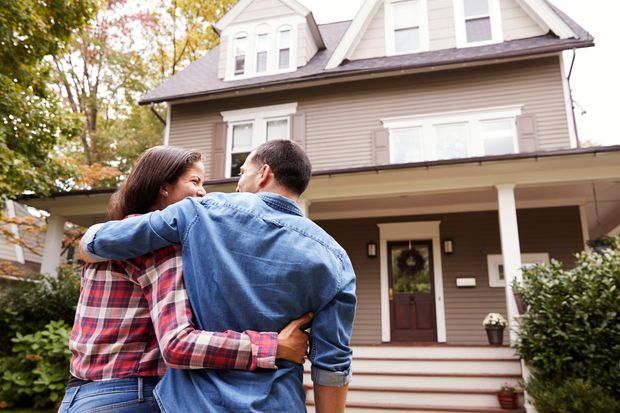 Mortgage rates remain near the lowest level on record, providing more opportunities for prospective home buyers to lock in cheap financing. But the extent to which low interest rates drive Americans’ demand for buying homes could diminish eventually.

The 30-year fixed-rate mortgage averaged 2.81% for the week ending Oct. 29, rising one basis point from the record low set just the week prior, Freddie Mac FMCC, +1.08% reported Thursday. Nevertheless, the 30-year’s rate is nearly a full percentage point below where rates were a year ago. During this same time in 2019, these loans had an average rate of 3.78%.

The record-low mortgage rates in recent months have represented “an essential ingredient” to the surge in home-buying activity, Realtor.com senior economist George Ratiu said. “Home prices have risen at a double-digit pace that would otherwise have priced some of these buyers out of the market,” he said.

Low interest rates encourage higher home prices in two ways: They drive higher demand in home-buying, which creates more competition for homes and pushes prices higher. But they also expand people’s buying power, allowing them to be able to afford to spend more.

In the coming months, though, the boost that low rates have given to the country’s housing market could subside, Ratiu argued. “Going forward, we expect the demand boost from these low rates to wane as sub-3 percent mortgage rates start to feel less exceptional,” he said. “However, though the race to lock in low rates may feel less urgent, they will still attract buyers.”

Whether rates stay this low is not guaranteed. Mortgage rates roughly track the direction of long-term bond yields, including that of the 10-year Treasury note, though during the coronavirus pandemic that relationship has lessened somewhat.

Nevertheless, a number of factors could influence the direction of interest rates in the weeks and months to come. “Looking beyond pandemic-specific developments, other news and data do pose risks to mortgage rates going forward,” said Matthew Speakman, an economist with Zillow ZG, +2.62%. “The results of next week’s federal election could certainly impact market activity.”

Why Microsoft Wants to Understand Your Voice