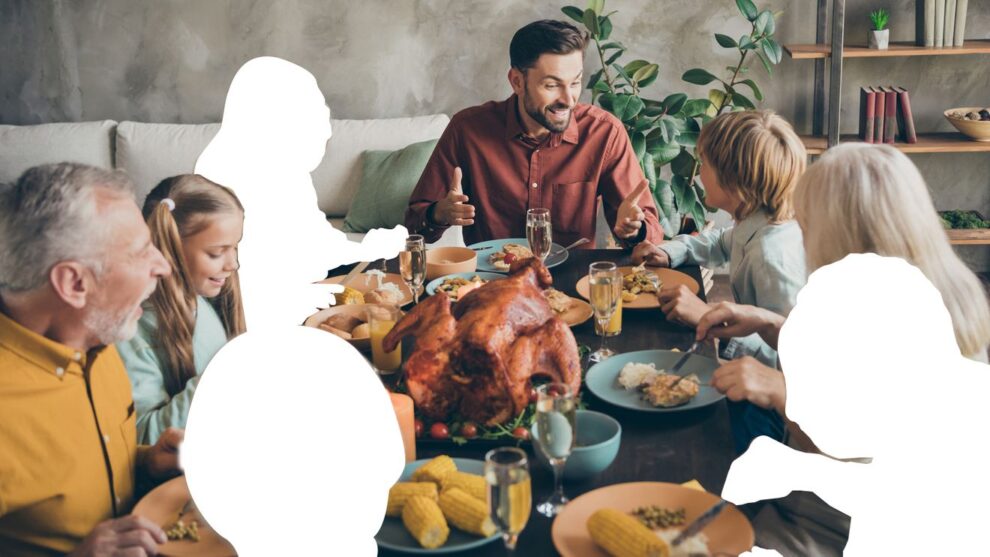 On Thursday, the CDC updated its definition of a household to only include people who have 'been actively living with you for the 14 days before you’re celebrating.' Read More...

Against the U.S. Center for Disease Control and Prevention’s recommendation, just over 60% of Americans plan to host non-household members for Thanksgiving gatherings.

On Thursday, the CDC updated its definition of a household to only include people who have “been actively living with you for the 14 days before you’re celebrating.” Otherwise, they aren’t considered a member of your household and you should take extra precautions,” such as “wearing masks within your own home,” said Dr. Erin Sauber-Schatz, CDC’s community intervention and critical population task force lead.

But many families are listening to the CDC’s guideline on the size of Thanksgiving dinner. The majority of Thanksgiving gatherings (70%) will be for less than six people, according to Nielsen NLSN, -1.99%. And 4.3% of Americans won’t be celebrating at all this year.

Last year, fewer than half (48%) Americans planned a Thanksgiving gathering with fewer than six people, and a quarter planned to prepare a meal at home for just household members, according to Nielsen survey data from more than 15,000 U.S. households.

Related: 16 ways to throw together a smaller, no-fuss Thanksgiving dinner at the last minute

In states including Connecticut, Delaware, Idaho, Kentucky, Massachusetts, Minnesota, New York, New Jersey, North Carolina, Rhode Island and Texas it is against state orders to host more than 10 people for indoor gatherings at private residences. In some of these states, more than 10 people are allowed to attend outdoor gatherings at private residences.

Additionally, some 55 million Americans traveled over the Thanksgiving holiday period last year, just 5 million more than those who plan to travel this year. The CDC on Thursday issued a blunt recommendation against any mode of travel for Thanksgiving.

The agency’s announcement came as more than 1 million new cases of the coronavirus were reported over the past week, and hospitalizations are surging nationwide. The U.S. also has reported more than 250,898 deaths from Covid-19 on Wednesday

Some Americans will be spending more this Thanksgiving, despite fewer place settings

Americans from rural areas and households with children or millennials are expected to increase or maintain their spending levels for Thanksgiving festivities compared to last year, Nielsen found.

“In an effort to make up for lost entertainment and travel plans, this group will look to supplement with small luxuries like premium-meal delivery options, imported spirits and wines and large package formats meant for entertaining guests,” the report stated.

However, consumers with annual income levels of less than $50,000 indicated that they plan to spend less this year compared to prior years due to “to loss of income and higher prices for common household and grocery items.”

“Consumers looking to save are having a hard time staying within their budgets, as in the month of October, they paid 3.7% more than they did last year for popular seasonal items correlated with Thanksgiving,” Nielsen added.

Across all income categories, nearly 45% of Americans plan to do more of their Thanksgiving shopping online this year.

Also see: The CDC says you shouldn’t travel for Thanksgiving — here’s how to reduce risk if you do

Outside the Box: Don’t just default to the S&P 500: Consider this simple four-fund portfolio

Outside the Box: Here’s how homeowners and new buyers are taking advantage of record-low mortgage rates

Should Intel Worry about AMD’s Progress in the CPU Market?