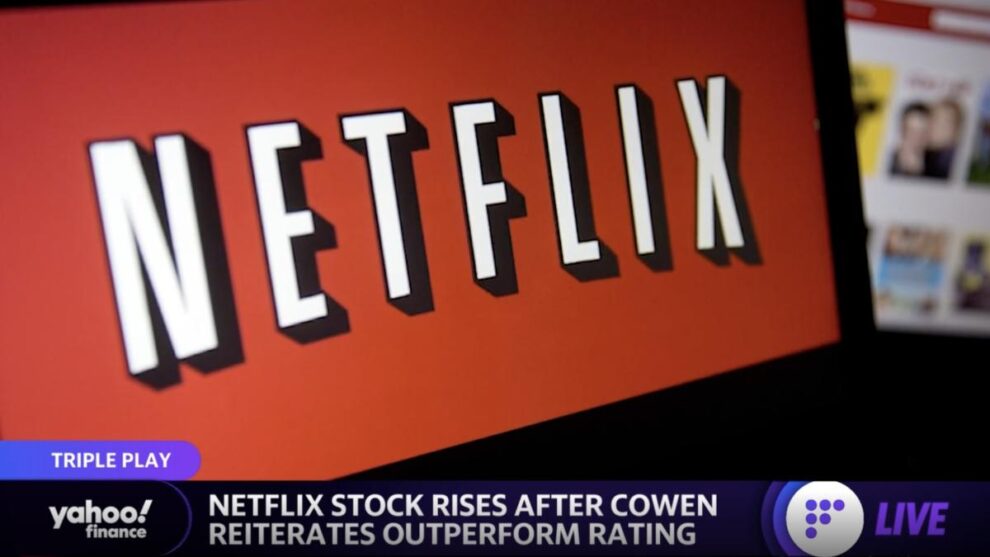 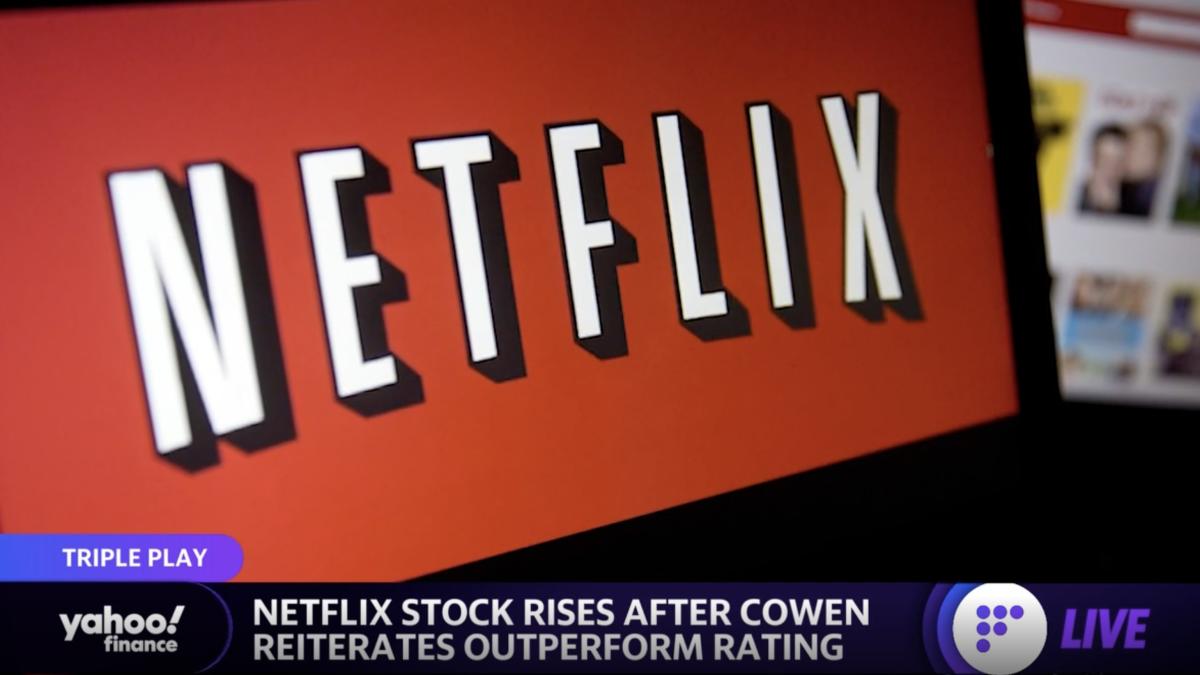 RACHELLE AKUFFO: Welcome back, everyone. It is time for our triple play, and I’m going to kick us off because I’m a bit hungry with Beyond Meat. We did see the stock rallying today, up about 14%, as it expands its cookout classic pack of patties to over 10,000 retail outlets, just in time, of course, for the 4th of July and the summer peak grilling season. Now Beyond Meat still holds the top spot as the best-selling plant-based meat brand in the refrigerated category.

But inflation has been taking a bite out of Beyond Meat’s momentum. And with the average cost of a pound of beef at $3.95 versus $7.29 for a Beyond Meat burger, according to the Good Food Institute, it’s a much harder sell for consumers, who are already deciding how to spend their discretionary income.

Now the stock is down more than 60% year to date and more than 82% since the pandemic took hold. But the company is pressing on with its expansion, Beyond Chicken Tenders announced in April, and also stepping up their R&D spending for new products to try and tempt consumers.

SEANA SMITH: Yeah, Rachelle, you mentioned that 60% drop year to date, down significantly from the all-time high. I think that initial excitement that we saw in Beyond Meat certainly starting to wane. It’ll be interesting to see how big of a boost this actually provides the company.

They certainly have been doing a good job, just in terms of getting their product into more stores and reaching, certainly, strategic partnerships that make sense. Yet, investor interest still is not there. You mentioned the fact that it’s down 60% year to date. So we’ll see whether or not this flips the Wall Street’s view of the stock. I’m just not sure that it’s going to do it.

All right, moving on, my play today is Netflix. Shares climbing after Cowen reiterates its outperform rating on the stock. You can see shares up just about 7 and 1/2%. In this call, it’s all about advertising opportunity. A recent Cowen survey suggesting that a Netflix ad-supported tier, which we’ve talked about many times here in this show, they’re saying that it makes a lot of sense. And it could add about 4 million Netflix members in the US and in Canada next year.

Maybe this is the answer to their growth problem, subscriber growth problem. Now, Cowen is calling it a, quote, “multi-year revenue opportunity,” estimating that it would generate about 17 bucks of revenue per member, based on the split of 10 bucks ad revenue, $7 of subscription revenue. And now, Dave, the survey also finds that 41% of existing members would switch to an ad-based tier. That was much higher than I thought. But I guess if it’s a fraction of the cost, it would make sense.

RACHELLE AKUFFO: It wouldn’t be me.

DAVE BRIGGS: I would– yeah, would not be you. Really, I will absolutely–

RACHELLE AKUFFO: Oh, I’ll pay the money. I don’t want to see the ads. I want my peace.

DAVE BRIGGS: See, I’m one of those families that has every single streaming service. Well, if I can trim one of those, I am in. And there’s a lot of news to digest with Netflix, Seana. And one thing I also read today is there is talk about whether or not they continue with the binge model, or whether they go to a concept like we used to see growing up, where it’s one episode per week release, which I think has actually come full circle.

“Ted Lasso” is that way, and you build that anticipation. Plus, it counteracts those people that sign up for a couple of weeks, binge their shows, and then they move on to the next streaming service. I think that’s smart. But I don’t know about this “Squid Game” reality show. 4.56–

SEANA SMITH: I never got into it.

DAVE BRIGGS: It was awful. That’s why.

RACHELLE AKUFFO: I loved it!

RACHELLE AKUFFO: I loved it.

SEANA SMITH: I feel like it was such anxiety inducing. I didn’t even watch it. Just reading and hearing about it, I couldn’t even do it.

DAVE BRIGGS: But the reality show, $4.56 million on the line, largest ever, 456 people. I’d be interested in that, as long as no one dies. You really liked that show?

DAVE BRIGGS: I did not get through three episodes of “Squid Game.” Not my fave. But anyway, my play is Microsoft. They say retirement, folks, is not the end of the road. It’s the beginning of the open highway. That’s not the case with Internet Explorer. It’s gone. The once dominant web browser is no longer a thing after a solid run of more than a quarter century.

Said Microsoft, not only is Microsoft Edge a faster, more secure, and more modern browsing experience than Internet Explorer, but it also is able to address a key concern, which is compatibility for older legacy websites and applications. Today, the Chrome browser– that’s the one I use a lot– dominates with around 65% of market share. It’s followed by Apple Safari, which is just under 20%.

As for shares of Microsoft, up about 3% today, but they have fallen more than 25% this year. My question to you is, Rachelle, when you close your eyes, and you think of an icon on your computer, is that the one that pops to mind? Or are you just too young? Because to me and to my generation, that’s the one. That’s the one icon that we can close our eyes and see.

RACHELLE AKUFFO: This is just good moisturizing fooling you. No, I was around when Internet Explorer was still out back in 1995. But I mean, honestly, when Google came on the map, it feels like all bets were off. I mean, they still have global market share, 64.9%, followed by Safari, and then of course, Microsoft Edge just at 4%, just a teeny little bit. So Google is the one that I turn to. It’s got to be Chrome.

SEANA SMITH: Google is by far the best. There’s no– I was actually surprised that 20% of people use Apple Safari. I remember my mom. I wonder if she still uses that as her default browser.

RACHELLE AKUFFO: That’s only by accident.

RACHELLE AKUFFO: Only by accident, do I click on one or the other.

SEANA SMITH: All right, guys. Well, here is my stock to watch for tomorrow. And that is Adobe. Now the software giant reporting after the close. The stock has taken a beating amid the tech wreck that we have seen in recent weeks, down 43% from its most recent high. But that’s on the better end for the industry, putting that in perspective for you.

Now the company did post an earnings and revenue beat in the last quarter, driven by digital media. It will also be interesting to see if Adobe follows the strong results earlier this week from Oracle. You can see the stock year to date off just around 33%. Closing up today, along with the broader market rally, up just around 1 and 1/2%.