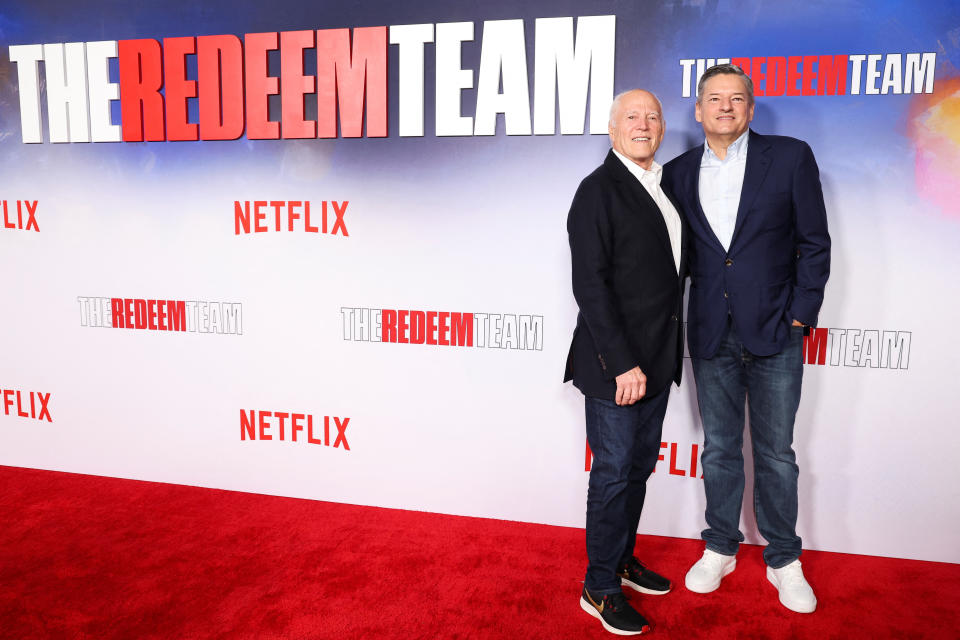 Netflix is set to report its fiscal third quarter earnings on Tuesday after the bell. Here's what to expect. Read More...

Netflix (NFLX) is set to report its fiscal third quarter earnings on Tuesday after the bell, with primary focus on details surrounding an upcoming ad-supported format.

Here are Wall Street’s consensus estimates, as compiled by Bloomberg:

Investors are widely expected to put less weight on the company’s subscriber numbers than previous quarters as emphasis moves toward profitability and new revenue streams — such as the platform’s upcoming ad-supported tier.

Most analysts have remained bullish on the profitability aspects of the new ad tier.

UBS analyst John Hodulik recently upped his price target on the stock by $52 to $250 a share, and JPMorgan analyst Doug Anmuth said that the ad tier’s lower price point ($6.99 in the U.S.) indicates Netflix’s confidence in advertising revenue.

Elsewhere on Wall Street, Citigroup analyst Jason Bazinet (who maintains a Buy rating on the stock) said that the upcoming ad tier “could point to material upside” in free cash flow, and Evercore ISI’s Mark Mahaney predicted that ad-supported will bring in $1 to $2 billion in incremental revenue by 2024.

On a call prior to the ad tier announcement, Netflix Worldwide Advertising President Jeremi Gorman said the platform “nearly sold out all of its [ad] inventory” globally for launch — bucking the trend of a global ad spend slowdown.

“There’s an ad spend slowdown in your typical models, but this is all net new for Netflix,” Jon Christian, EVP of digital media supply chain at Qvest, the largest media and entertainment-focused consulting company, told Yahoo Finance.

The executive added that advertising “brings in a new tier of users that potentially wouldn’t have even subscribed before.”

“I think there could be a lot of revenue in this game,” he continued, emphasizing the plethora of user data that Netflix can use to its advantage to lure advertisers.

Despite concerns that consumers will trade down to an ad-based tier, the company surmised that total revenue will be neutral to positive with the comparable plan.

“We’re not trying to steer people to one plan or the other,” Netflix COO Greg Peters said on the call. “We think the revenue model will be fine as a result.”

Foreign exchange pressures and other macroeconomic headwinds could weigh on revenue and margins for the quarter, although the company has maintained its goal to become free cash flow positive by the end of the year while cutting back on aggressive content spending.

At the same time, Netflix has set subscriber gain guidance at 1 million, compared to 4.4 million in the third quarter of 2021, after shedding 1.2 million total paying users in the first half of 2022.