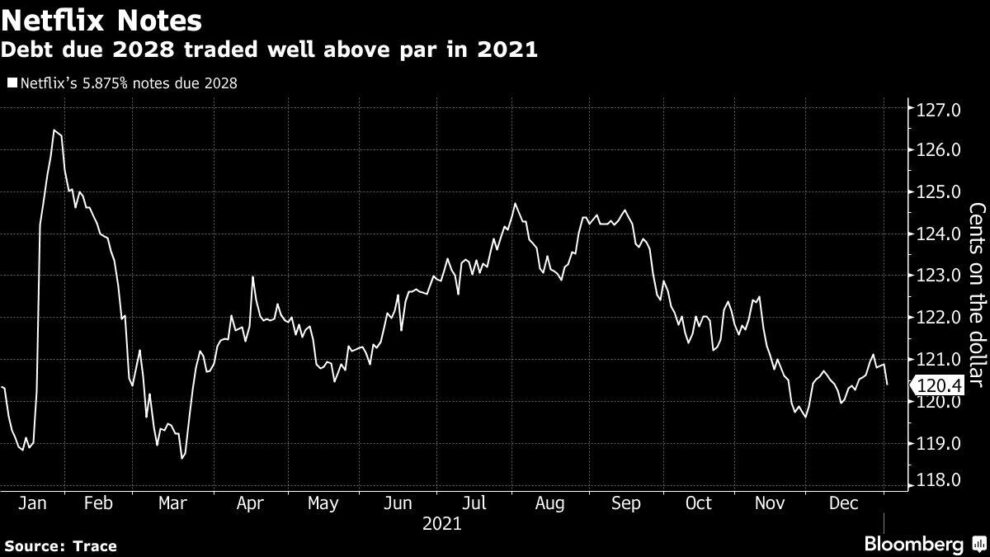 (Bloomberg) -- Netflix Inc. is edging closer to investment-grade status, according to Bloomberg Intelligence, amid a wave of credit upgrades in the past year.Most Read from BloombergPolice Pinpoint Starting Point of Historic Colorado WildfireIvanka Trump, Donald Trump Jr. Subpoenaed in Asset ProbeProperty Stocks Sink After Demolition Order: Evergrande UpdateU.S. Catches Kremlin Insider Who May Have Secrets of 2016 HackThe Next Video Game From BioShock’s Creator Is in Development HellThe streamin Read More...
List: The Top 50 Dividend Stocks 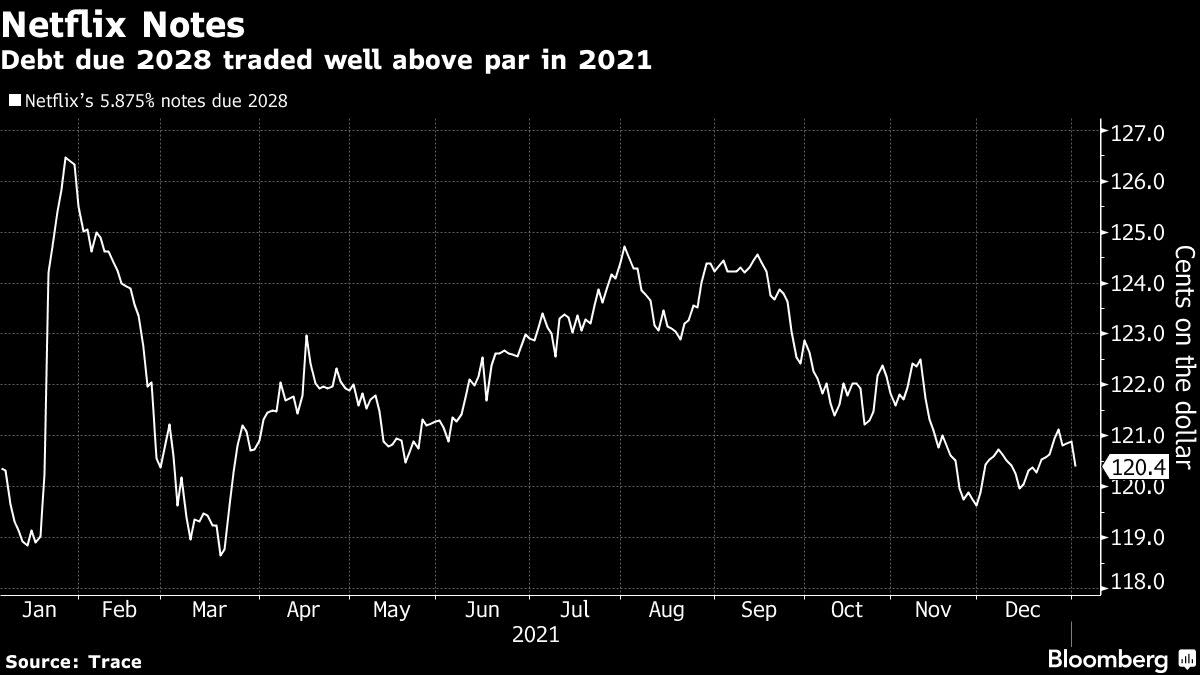 (Bloomberg) — Netflix Inc. is edging closer to investment-grade status, according to Bloomberg Intelligence, amid a wave of credit upgrades in the past year.

The streaming video company may see an upgrade from junk status by Moody’s Investors Service, which would be the second grader to take the company to investment grade, according to credit analysts Stephen Flynn and Suborna Panja. The pandemic has boosted Netflix’s profit as homebound people have spent more time watching streaming video services.

A Moody’s upgrade would make much of Netflix’s $16 billion equivalent of bonds eligible for Bloomberg’s high-grade indexes, after S&P Global Ratings upgraded the company in October. Netflix could also gain high-grade status if Fitch Ratings, which currently does not grade the company, begins coverage with a blue-chip rating. Representatives for Netflix didn’t immediately return a request for comment.

Companies that leave junk status and become investment grade, known as rising stars, can often get financing from a deeper pool of borrowers at lower rates. There could be another $169 billion wave of such shifts by 2023, Bloomberg Intelligence wrote in December, as companies show more signs of recovery from the pandemic.

Companies have already been getting upgraded out of high-yield status — Dell Technologies Inc., for example, was lifted to investment-grade status by two firms in September. These rising stars come after the pandemic clobbered the global economy in 2020, triggering a wave of downgrades to junk that year.

Rising stars often sell high-grade bonds soon after they are upgraded, and tend to perform better than the broader market, according to Yuri Seliger, Bank of America Corp. credit strategist.

“Rising stars should be bought as soon as possible,” he wrote in December.

Netflix’s credit profile has improved in recent years. The company borrowed billions of dollars to fund the production of TV shows and movies like “Stranger Things” and “Don’t Look Up” as well as licenses for existing programming for its popular streaming service. As its customer base has grown, its needs for outside cash has dwindled. The company has said it won’t need to borrow much money in the future.

In 2022, Netflix expects to generate positive free cash flow after being about breakeven in 2021, Flynn and Panja wrote. S&P ranks the global streaming services leader BBB, two steps above high yield. Moody’s has a Ba1 rating, just one step shy of investment grade, with a positive outlook, after upgrading the company in April.

The company at the end of the third quarter had debt equal to about 1.1 times its earnings before interest, taxes, depreciation and amortization, according to Bloomberg Intelligence, a level typically associated with investment-grade ratings. In 2019, that ratio was closer to 3.2 times.

It also has “ample liquidity,” Flynn wrote in a separate note, with $7.5 billion in cash and an undrawn revolving credit line of $1 billion. Netflix’s ratio of free cash flow-to-debt, meanwhile, could rebound over the next two years and mimic levels of high-grade media companies such as ViacomCBS, he wrote.

Netflix isn’t likely to issue bonds until the potential $400 million refinancing of its 5.75% notes due in March 2024, Flynn wrote, assuming no major acquisitions. The company’s 5.875% notes due 2028 were trading around 120 cents on the dollar on Monday, according to Trace bond trading data. Netflix is expected to next report quarterly earnings on January 20.