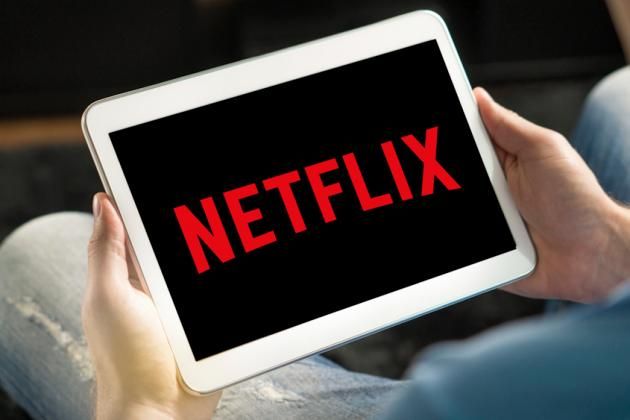 Netflix may be finally getting serious about cracking down on password sharing. The streaming giant in the past week launched a new test that displays a warning to some users that says, “If you don’t live with the owner of this account, you need your own account to keep watching.” Per Netflix’s terms of service, […] Read More...

Netflix may be finally getting serious about cracking down on password sharing.

The streaming giant in the past week launched a new test that displays a warning to some users that says, “If you don’t live with the owner of this account, you need your own account to keep watching.” Per Netflix’s terms of service, a customer’s account for the streaming service “may not be shared with individuals beyond your household.”

In the Netflix test, the prompt provides three options to users: They can get an email or text verification code to authenticate the account, or they can click on a button that says “Verify Later.” The message also lets users sign up for a new account.

A Netflix rep confirmed that the company has kicked off a limited test of the feature. “This test is designed to help ensure that people using Netflix accounts are authorized to do so,” the rep said in a statement to Variety.

The test is being run in multiple countries and only on TV devices. It’s not clear if the prompts are random or if they’re triggered by specific activity on a given account. One of the goals is to put in place a security mechanism to block unauthorized users who may have obtained stolen Netflix login credentials.

The test of the password-verification feature was reported by GammaWire after spotting users on social media who received the prompt.

The practice of mooching off someone else’s streaming account is pervasive, according to research studies. Nearly 40% of Americans say they use a streaming login and password that doesn’t belong to them — and about a third do so without permission from the account holder, according to a LendingTree survey of 1,500 consumers conducted Feb. 11-16.

According to the LendingTree survey, 51% of those who have a streaming service account admitted they let others use it. Netflix is the most popular shared service: 72% of respondents with the service say they let someone use their account, according to the study.

As Netflix has continued to grow — with 203.7 million globally at the end of 2020 — it will start to hit a saturation point in its most mature markets, including the U.S. And as that happens, one clear way to boost revenue is to try to convert freeloaders into paying customers.

One reason password sharing hasn’t been a major problem for Netflix is because the service already has guardrails to keep it in check. The Standard plan ($13.99/month in the U.S.), for example, allows just two concurrent HD streams per account, which makes it impractical for sharing among multiple people. The $17.99/month Premium tier allows up to four streams per account.

In October 2019, on the company’s earnings interview, Netflix chief product officer Greg Peters was asked about the issue of password sharing. He said the company was “looking at the situation and we’ll see, again, those consumer-friendly ways to push on the edges of that.”

In years past, Netflix co-CEO Reed Hastings has said that the phenomenon of password-sharing not only was not problematic but a boon to the service. “We love people sharing Netflix whether they’re two people on a couch or 10 people on a couch,” Hastings said at the 2016 CES tradeshow. “That’s a positive thing, not a negative thing.”

That same year, Hastings told analysts that Netflix had no plans to crack down on password sharing activity. “Password sharing is something you have to learn to live with, because there’s so much legitimate password sharing like, you know, you sharing with your spouse, with your kids,” he said. “So there’s no bright line and we’re doing fine as is.”

Netflix Stock Hovers In Buy Zone Ahead Of Fourth-Quarter Earnings

Outside the Box: Give Americans a stimulus check by Christmas or small businesses will have an unhappy new year

In One Chart: How a potential case of stock-market ‘FOMO’ could trigger a ‘melt-up’