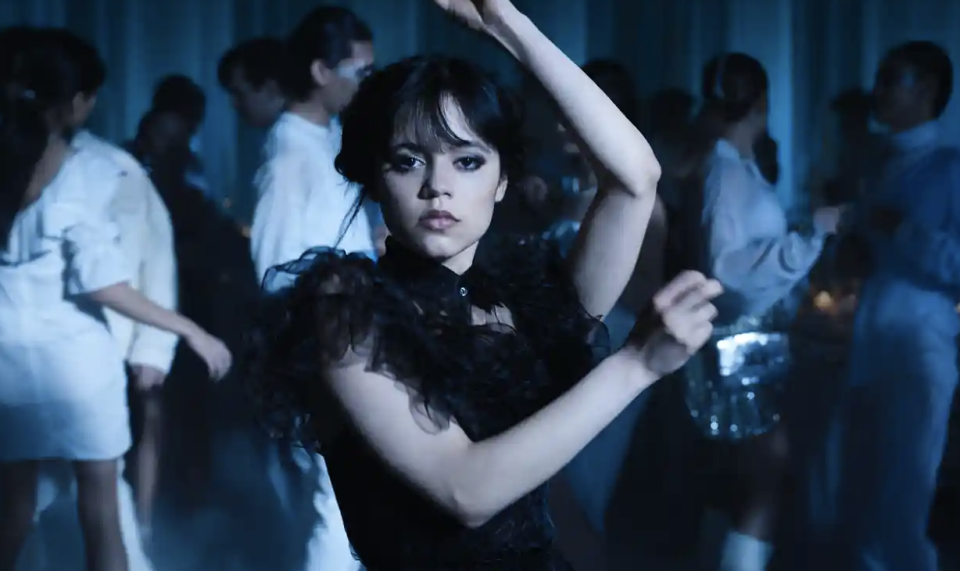 Netflix shares jumped another 4% on Tuesday after Goldman Sachs boosted its estimates for the streaming giant amid a weakening U.S. dollar. Read More...

“In just the last quarter, the FX landscape has changed dramatically with the [U.S. dollar] performance having a stark reversal in the last three months,” Goldman Sachs analyst Eric Sheridan wrote in a new note to clients. Sheridan notes the dollar index is down about 7% since Netflix’s most recent quarterly report.

In its note, Goldman boosted estimates for average revenue per user and GAAP operating income as a result of the dollar’s slide, in addition to upping its price target to $225 from $200 per share.

Sheridan also warned Netflix’s foray into advertising could cause hiccups for the company, which had previously relied only on subscription revenue: “We expect a host of large scaled brand advertisers will adopt the offering but its current framework (large minimum commitment, above industry pricing, and limited measurement) could cap the advertising dollar opportunity.”

Overall, “[we] view NFLX as a show-me story with a light catalyst path in the next 6-12 months on newer product initiatives,” the analyst wrote.

Netflix, up a whopping 70% over the past six months, has seen shares climb more than 10% so far in January, outperforming the Nasdaq Composite’s 2% gain.

Investors remain confident the platform’s ad-supported tier, which launched in November, in addition to its crackdown on password sharing, will invigorate both subscriber and revenue growth in 2023.

The stock has also been buoyed by a steady stream of successful content releases like “Glass Onion,” “Troll,” “All Quiet on the Western Front,” “My Name is Vendetta,” and “Wednesday.”

Netflix is set to report earnings on Jan. 19 after the market close — with Wall Street setting lofty goals for the company. JPMorgan anticipates fourth quarter subscriber net additions of 4.75 million, above consensus estimates (and the company’s current guidance) of 4.5 million.

Alexandra is a Senior Entertainment and Media Reporter at Yahoo Finance. Follow her on Twitter @alliecanal8193 and email her at [email protected]