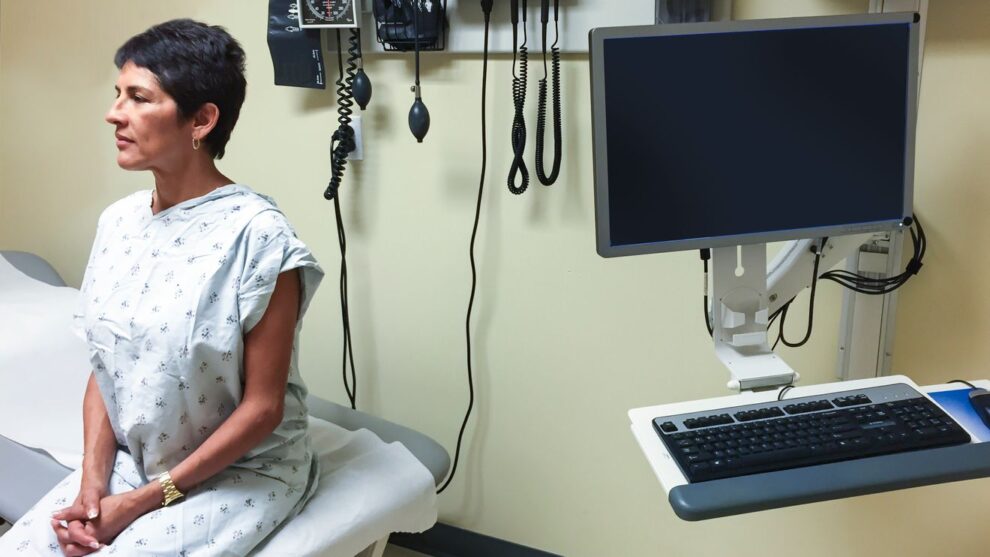 Shingles rates have been increasing in the U.S. for unknown reasons. There are a lot of myths about shingles out there—here are some facts you should know. Read More... 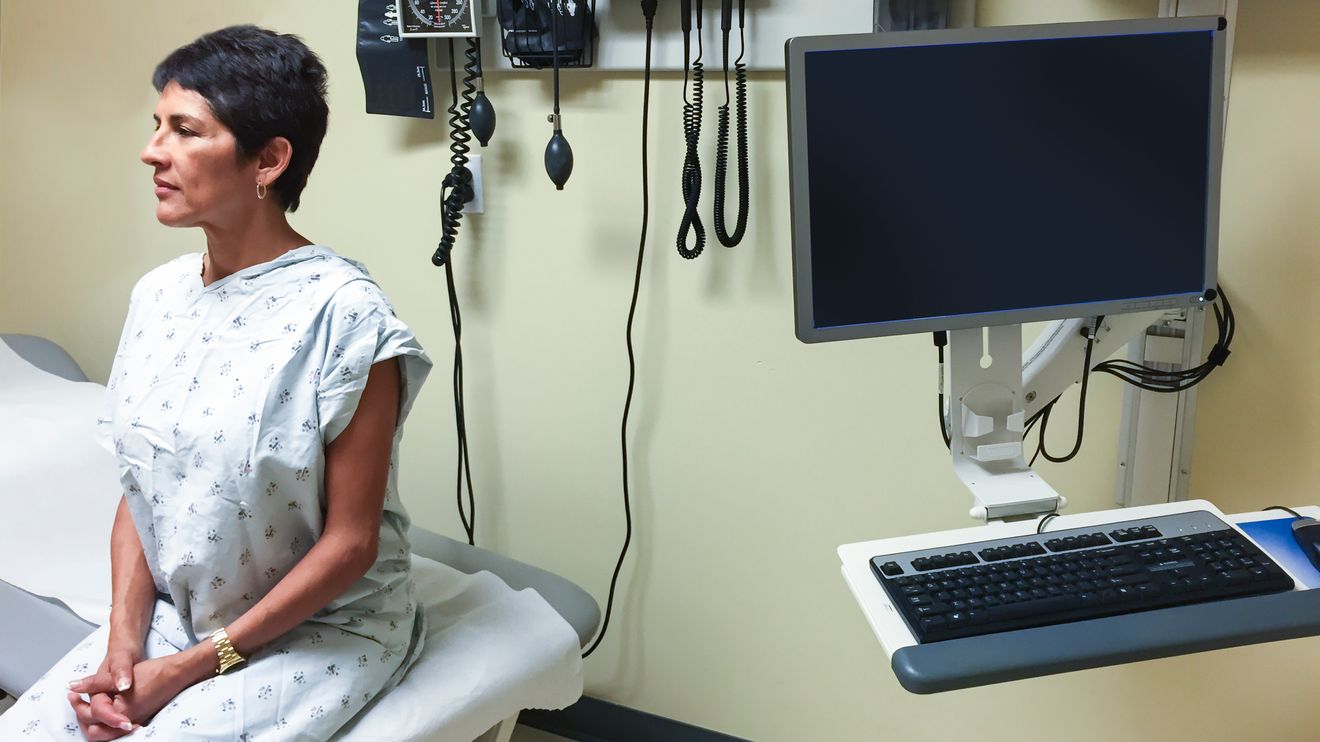 “I think this red bump is getting bigger.” That’s what I told my husband after growing concerned about the strange-looking rash that appeared on my face four days earlier. I read online that most rashes are not serious, so I thought a trip to the doctor was unnecessary.

“What if you have Lyme disease?” he asked me. That question prompted me to be evaluated, but I was concerned that the doctor would tell me it was only a pimple. I was shocked to learn that I had shingles.

I’m only 48 and even though it was only a small rash on my face, I was shocked to learn that if the rash had spread to my eye — it was very close to it — I could have gone blind. Fortunately, my doctor was able to prescribe an anti-viral medication. Within a week after my doctor’s visit, the painful rash was gone.

Shingles (also known as herpes zoster) is caused by the same virus as chickenpox — the varicella zoster virus (VZV). According to the Centers for Disease Control and Prevention (CDC), shingles rates have been increasing in the United States for unknown reasons. In fact, 1 in 3 people will contract the disease at some point in their lifetime.

That said, there are a lot of myths about shingles out there. So what do you need to know?

Myth 1: Only older people get shingles

Fact: You can get shingles at any age if you already had chickenpox since the virus lies dormant in your body and then reactivates as shingles; even children can get it, although that’s rare.

People usually get shingles because their immune system is weakened, so it can happen if a person experiences stress or other issues that decrease immunity. I thought only people who are 60 or older get shingles, so I didn’t think it was possible for me to get it at 48.

“Years ago, herpes zoster (shingles) occurred almost exclusively in older people. But today it occurs in younger age individuals, including people in their 20s and 30s,” says Dr. Robin Evans, a dermatologist at Southern Connecticut Dermatology in Stamford, Conn.

Also see: Your diet isn’t just making you obese, it could be speeding up cognitive decline

She has also noticed a recent increase in younger people getting the virus. “I have seen and have heard of numerous cases of shingles developing in younger individuals in their 20s during the height of the COVID pandemic. It is unclear if the stress and the immune system impact has increased the frequency of shingles,” Evans says.

Myth 2: The shingles rash is only located on your torso

Fact: The shingles rash is usually on one side of your body and can be on your torso, face or shoulder. It can also be all over the body, but that’s rare.

In my case, I only had a rash on my forehead above my left eye. It felt painful like a sunburn, but mostly only hurt when I touched it.

Myth 3: Shingles is not contagious

Fact: Shingles can be contagious if there are blisters.

If you touch the rash and then touch another part of your body, it is possible to spread shingles. You can also infect other people through contact with the shingles rash.

“If someone has never had the chickenpox or the chickenpox vaccination, they can be infected by contact with the actual zoster lesions or even from airborne transition from someone with shingles,” says Goldstein.

You might like: Many employers are offering new and better benefits—how to choose the right ones for next year

Myth 4: You can only get shingles once

Fact: You can get shingles more than once, sorry to say.

Although most people who get shingles only get it once, it’s possible to get shingles more than once, but that’s rare. “The virus can reactivate after it goes away. However, receiving the shingles vaccine highly decreases the likelihood of being infected again,” says Dr. Stacy Chimento, a dermatologist at Riverchase Dermatology in Florida.

Goldstein says research shows that 1% to 6% of the people who get shingles will have a second episode, but recurrence is more common in women and if you are immunocompromised.

Myth 5: You can’t get shingles if you got the shingles vaccine

Fact: You can get shingles if you receive the shingles vaccine, though it’s unlikely. The shingles vaccine Shingrix is more than 90% effective at preventing shingles. The CDC recommends healthy people age 50 and older get two doses of this vaccine, separated by two to six months, to prevent shingles and complications from the disease.

Goldstein says that in one trial of over 15,000 individuals over 50, who were followed for three years, the vaccine reduced the risk of zoster by 97.2% and there were no cases of PHN [Postherpetic Neuralgia, a painful, long-lasting condition that sometimes occurs after having shingles]. In a second study, effectiveness against PHN by 89% was reported.

Should you seek treatment?

I didn’t know there was a treatment for shingles. A doctor can prescribe an anti-viral medication that can get rid of it within a few days. The medications have little-to-no side effects, so it’s better to be treated than to risk experiencing the possible symptoms related to untreated shingles, such as lingering pain or blindness.

“It is important to seek treatment immediately because medication can shorten the course of the disease,” says Evans.

She also adds that if the rash is on the face, especially on your forehead, you should see a doctor. “Treatment is very important because it can cause ocular problems if untreated,” notes Evans.

Besides avoiding long-term symptoms, treatment can shorten the severity and duration of the acute pain, rash scarring and likely reduce post-herpetic neuralgia, defined as pain lasting longer then four months at the site of the rash, explains Goldstein.

What to know about the shingles vaccine

Even if you already had shingles, Goldstein recommends getting the vaccine, which contains an inactivated virus, since it’s possible to get shingles more than once.

“The vaccine can reduce the severity and incidence of shingles, and most importantly the incidence of post-herpetic neuralgia which is the worst part of shingles — the chronic pain,” she says.

Much like the COVID-19 mRNA shots, there can be side effects with the shingles vaccine.

“It is very individual in terms of vaccine side effects. There are certainly a large number of individuals, about forty-four percent, who get myalgias and other similar symptoms compared to about eighty-two percent with the COVID vaccination,” says Goldstein.

Also on MarketWatch: The best ways to save for retirement at every age

Most health insurance companies will cover the cost of the vaccine if you are over 50. If you’re not, you might need to pay out-of-pocket, which can cost around $200.

The next time I see my doctor, I plan to ask about receiving the vaccine, even though I’m under 50. I was lucky that I had a mild case and I don’t want to get it again or possibly get a severe case if I can help it.

Cheryl Maguire holds a Master of Counseling Psychology degree. She is married and the mother of twins and a daughter. Her writing has been published in the New York Times, National Geographic, Parents Magazine, AARP and many other publications. She is a professional member of ASJA. You can find her at Twitter @CherylMaguire0

Telenor and Google Cloud partner up to digitalise telecom operations

'Do Not Sell My Info' – U.S. retailers rush to comply with California privacy law

The Big Move: I’m a single, high-earning 52-year-old looking for a more stable lifestyle. Am I too old to buy a home?