Some doctors get thousands of dollars from companies to prescribe a drug or device, but even a free lunch can influence a doctor's choice of medication. Read More... 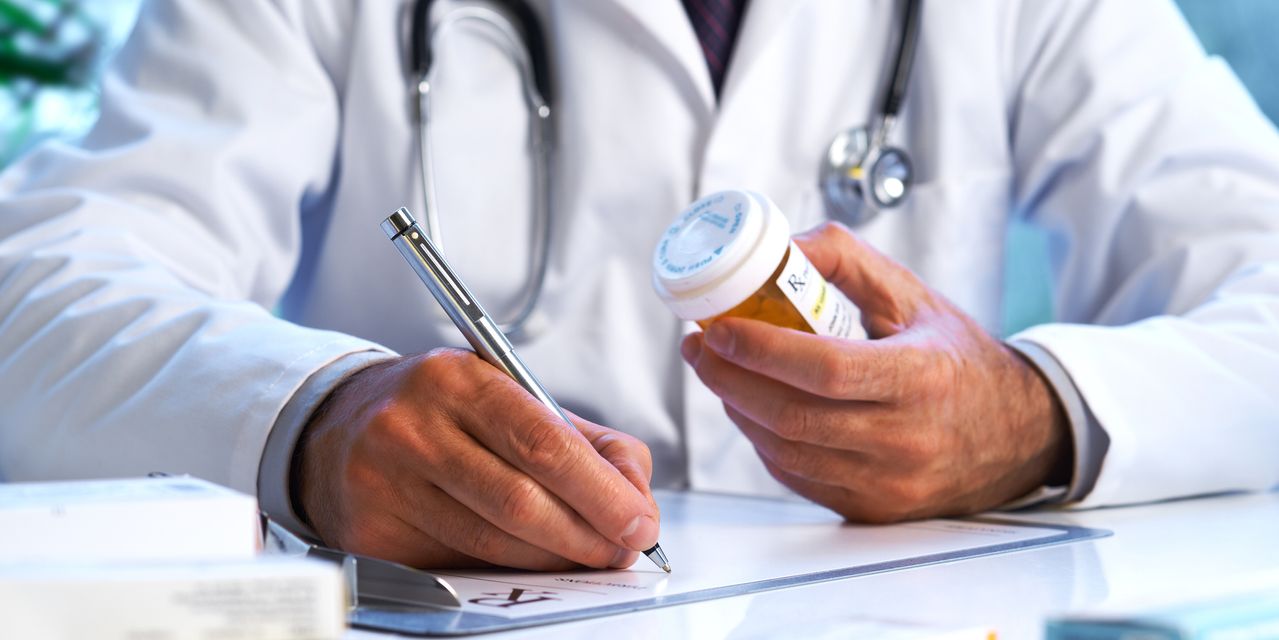 If your doctor prescribes a drug for you made by a company that he or she gets paid by or has a financial relationship with, you’d assume the physician would tell you. Likewise, if you’re getting a medical device implanted — say a hip replacement — by a doctor who earns commissions from the device maker, you’d assume you’d be told.

But there are no laws requiring a doctor to tell you about such payments.

Many doctors will tell you, of course; it’s the ethical thing to do. The vast majority of doctors are ethical and care deeply about their patients. I know that to be true; I’m married to one.

And disclosure of conflicts of interest is a tenet of many medical societies and hospitals. But there’s little, if any, oversight or enforcement.

“The more money doctors receive from drug and medical device companies, the more brand-name drugs they tend to prescribe,” an analysis by the nonprofit ProPublica media site noted.

ProPublica said even free lunches that drug-company reps often supply to doctors’ offices can influence a physician’s choice of a medication to prescribe or device to implant.

One frank psychologist friend told me, “When I am choosing between recommending Lexapro or Paxil [two antidepressants] for a patient, I often go with the Paxil because the Paxil rep brings the best lunches.”

If your doctor was being paid hundreds of thousands of dollars to promote or provide a drug or device, human nature dictates that those payments could influence the treatment they choose. That choice might just be the best treatment for you, but then again it might not.

Although doctors aren’t required to disclose these financial connections, drug and device companies are mandated by law to report the payments to the government. And you have access to that information, though most people don’t know it.

What you can learn from the Open Payments site

The information about payments your doctor is receiving from drug and device makers is on a little-known area of the website from the federal Centers for Medicare and Medicaid Services (CMS): Open Payments.

CMS’ Open Payments data shows that of the roughly one million doctors in the U.S., over 615,000 received some type of payment from drug and device companies in 2019 to the tune of nearly $2.3 billion.

You can find any payment or gift worth $10 or more on the site; payments appear in categories such as research, consulting, speaking, travel, lodging, gifts and food.

Also read: How to pay for healthcare costs in retirement

The site is the result of work by Dr. Chuck Rosen, a professor and orthopedic surgeon at the University of Calfornia, Irvine, School of Medicine. He is also the founder and president of the Association for Medical Ethics.

Rosen was dismayed seeing his fellow surgeons performing unnecessary surgeries while getting paid by companies for using devices that were not necessarily needed. He began writing to U.S. Senators about the potential conflicts of interest and eventually gained bipartisan support from Senators Chuck Grassley (R- Iowa) and Herb Kohl (D- Wis.,) who championed legislation that became the Physician Payments Sunshine Act in 2007, part of the Affordable Care Act.

But there has been very little effort made to educate the public about the Open Payments site. The onus is on patients to know about it, see whether their doctors’ names show up and talk to their physicians about possible conflicts before being treated or getting prescriptions.

That’s tough to do. I say that from personal experience.

As I wrote in my Next Avenue article, “How to Know if a ‘Top Doctor’ Is a Good Doctor,” I chose a prominent plastic surgeon for my preventive double mastectomy to greatly reduce my risk of breast cancer. But he didn’t tell me he was conducting research and promotion on a device for Allergan, a pharmaceutical company, and lining his pockets with hundreds of thousands of dollars he was receiving from it. Nor did I know he planned to use that device on me, without my consent. His experiment failed, causing deformity, severe pain and necessitating three additional corrective surgeries to date.

By the time I found out about Open Payments and researched my surgeon there, I already had the surgery. The damage had been done.

Also read: Food or medication? The dangerous choice many seniors have to make

It is my opinion that my doctor’s conflicts of interest — almost $500,000 worth of payments from the drug manufacturer — were key to my receiving an off-label device, not even cleared by the Food and Drug Administration, for my surgery.

A bill to protect patients

That’s why I am working with my California State Assemblymember, Adrin Nazarian, and the Center for Public Interest Law to protect patients by giving them the right to fully informed consent regarding these kinds of conflicts.

Nazarian recently introduced legislation (Assembly Bill 1278) that would require a physician to disclose the source of payments by drug and device companies and promote patients’ knowledge of CMS’ Open Payments site resources.

The bill passed its first big hurdle in the Assembly Business and Professions Committee by a 13-0 vote and now heads to the Appropriations Committee. After that would be a vote by the full Assembly and then a similar process in the Senate. There’s still a long road and possibly bumpy road ahead, but if all goes well, the bill will pass, providing better transparency and patient protection in California — and maybe after that, in other states or nationally.

The need for transparency

Also read: Americans pay more for prescription drugs than anyone else. Can Amazon Pharmacy change that?

Notes David Lind, president of the Heartland Health Research Institute: “Being ethical and transparent with patients and the public about any relationship with third parties, such as drug companies, should not be optional in medicine. This information is essential.”

Meanwhile, it’s up to you to check out the Open Payments site to see if you discover any potential conflict of interest concerning your health. And don’t be afraid to have an honest talk with your doctor.

Wendy Sue Knecht is a health activist, a former flight attendant, a designer of travel bags and author of “Life, Love, and a Hijacking: My Pan Am Memoir.” She blogs at WendySueKnecht.

Is Shopify Stock A Buy Ahead Of Earnings Report Next Month?

Personal Finance Daily: More than half of renters say they lost jobs due to coronavirus and this tech CEO is paying restaurants to deliver meals to people in need