The pandemic exacerbated the poor conditions in many nursing homes, but experts say they existed before COVID-19, and they're likely to continue unless changes are made. Read More... 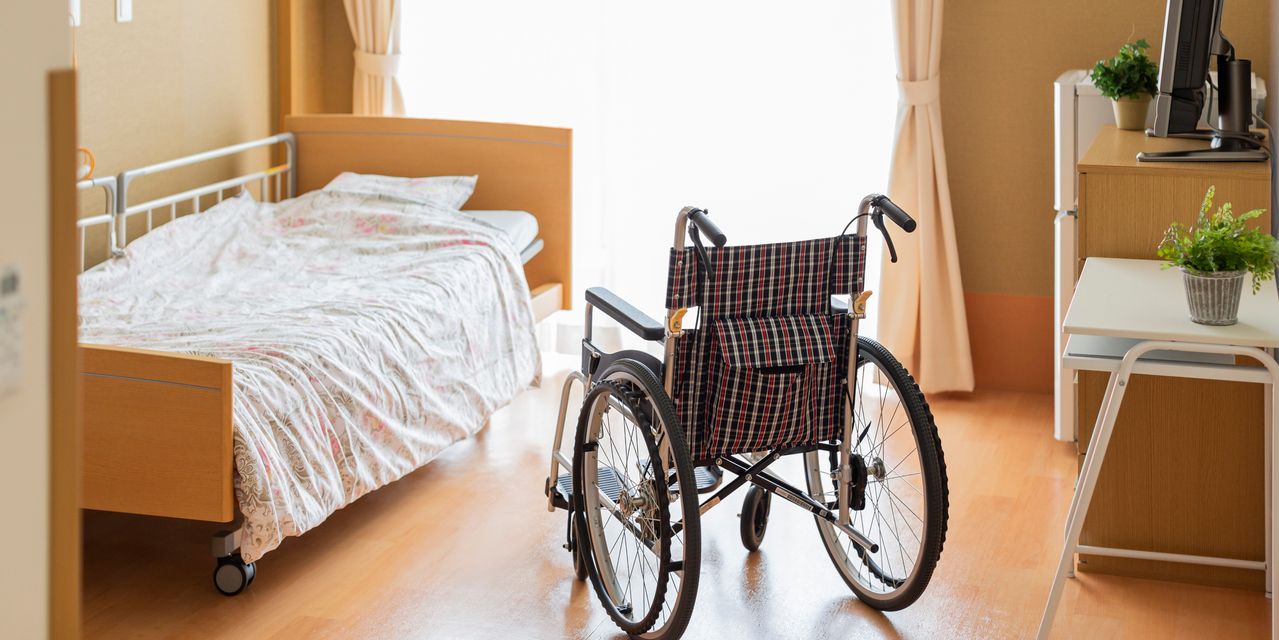 Patricia Olthoff-Blank thought everything was going just fine at her mother’s nursing home in rural Buffalo Center, Iowa. Virginia Olthoff had lived there for 15 years, and the administration communicated frequently with her family about her care.

Then Olthoff-Blank got a 3 a.m. call from an emergency room nurse. She learned, to her horror, that her mother was severely dehydrated. An ER physician told her, “This did not just happen.” He believed her mother had been without water for four or five days.

Her daughter recounted the events in testimony before the Senate Finance Committee in March 2019, telling them a Department of Inspections and Appeals report revealed her mother had not been eating or drinking for almost two weeks and had not received IV fluids. She had been crying out in pain and had lost considerable weight.

Despite repeated pleas by certified nursing assistants to their superiors about her mother’s condition, “nothing was done,” Olthoff-Blank said.

The pandemic has exacerbated and raised awareness about the poor conditions in many nursing homes nationwide. But those conditions existed before COVID-19 hit the U.S., and they are likely to continue unless changes are made, experts say.

“There’s an opportunity right now, because there are a lot of eyes on the nursing home sector,” said David Grabowski, professor of healthcare policy at Harvard Medical School. “One of my big concerns is as things return to normal … [people will say] we can go back to business as usual. Business as usual wasn’t working before the pandemic, and it certainly didn’t work during the pandemic. We need to make some real changes here.”

What set nursing homes up to fail so dramatically during the pandemic? Experts point to five main factors.

Chronic staffing shortages in nursing homes stretch existing staff to breaking points. These jobs of frontline workers, like certified nursing assistants (CNAs), are often as difficult as retail and fast food and usually pay less (the average annual income for a CNA in a nursing home is $28,450). The result? Employees don’t stick around.

“We found turnover rates of over 100% in a calendar year, meaning basically the entire staff turns over each year — and some nursing homes have turnover as high as three hundred percent,” Grabowski said, referring to a study he and colleagues published March 2021 in Health Affairs.

“We don’t pay those direct caregivers enough,” he said. “They’re largely women, many are persons of color and immigrants, and they’re overlooked in a lot of ways in terms of where we direct resources in our healthcare system.”

Inadequate staffing has a direct impact on residents, who may not only get poor care but cannot develop relationships with workers when they are there one day and gone another, Grabowski said.

“You talk to the residents and you ask them, ‘What is it about this nursing home that you liked or didn’t like?’ and it’s always about the staff,” he said.

Staffing at the professional nurse level is also vital, said Charlene Harrington, professor emerita of social behavioral sciences in the School of Nursing at the University of California, San Francisco.

Harrington joined 21 other nursing experts in publishing a call to the Centers for Medicare and Medicaid Services (CMS) in March for a federal mandate for a stronger presence of registered nurses (RNs) in nursing homes.

CMS staffing rules currently call for one RN on duty at a nursing home for eight consecutive hours each day. Harrington and her colleagues said that should be increased to a 24-hour, seven-day on-site RN presence. There are no federal ratios for staff of any level.

“It’s pure ageism that you can warehouse older people and not have to get adequate staff and pay them so that they’re competent and have experience,” Harrington said.

Pamela Mickens, a long-term care ombudsman in Dallas, said she sees the impact of inadequate staffing daily. But a comment by a resident’s family member crystallized the issue of staffing standards for her.

The family member worked in the prison system and pointed out that there are staffing ratios for inmates, but not for people in nursing homes, Mickens recalls.

“That was an epiphany for me,” she said.

Medicaid covers more than 60% of all nursing home residents, and Medicaid reimbursements cover 70% to 80% of nursing home operating costs, according to the American Health Care Association, an industry group. It points to that funding gap as the culprit in “shoestring budgets.”

“Medicaid is not a generous payer,” Grabowski said. “The way most nursing homes have made things work is to take on these short-stay, post-acute patients who come from the hospital,” since Medicare covers these patients for a limited time and at a much higher rate.

That creates incentives to hospitalize long-term patients and bring them back, Grabowski said. “The margins on that side of the business are really quite high.”

Harrington, of UCSF, said her research shows the nursing home payment model is not the problem.

“All the nursing homes say they don’t have enough money, but in reality they [for-profit nursing homes] make excessive profits on the backs of their poorly paid staff,” she said.

Those profits, Harrington said, are hidden by the often Byzantine corporate structure that undergirds for-profit nursing homes, which make up 70% of the total.

An article from Kaiser Health News revealed it has become increasingly common for nursing homes to outsource goods or services to companies they control or have a financial interest in. Some even rent their buildings back from a sister corporation. The result: the owners can siphon off profits that are not reflected in the nursing homes’ books.

A related benefit for nursing homes is that, if they are sued, the plaintiffs often have a hard time collecting, since the assets are not held with the licensee, Kaiser reported.

“They set up these complex structures, and they’re pulling out so much money from their related party organizations … there’s no money left for staffing and services,” Harrington said. She advocates for greater transparency and financial accountability in nursing homes.

4. Lack of oversight and enforcement

Nursing homes agree to follow minimum standards of care when they participate in Medicaid and Medicare programs. Federal regulations require that they “provide the necessary care and services to attain or maintain the highest practicable physical, mental and psychosocial well-being” of their residents. That includes maintaining proper hydration – something Patricia Olthoff-Blank’s mother certainly did not get.

After Virginia Olthoff’s death and that of another resident of the same nursing home, CMS fined the facility $77,462, and the families sued.

But federal action against nursing home neglect is frequently insufficient, and too many nursing homes are allowed to function while perennially falling below minimum standards and then bouncing back up.

“There’s a segment of the industry that has what we call ‘yo-yo compliance,’ because they’re constantly coming in and out of compliance,” and rotating through various deficiencies, said Lori Smetanka, executive director of the National Consumer Voice for Quality Long-Term Care. “And they’re just not held accountable.”

“We see continued and routine noncompliance” with laws and regulations, said Eric Carlson, directing attorney with Justice in Aging, a nonprofit that fights against poverty among older Americans. “There are facilities that have business practices that are inconsistent with the law – for example, they treat Medicaid patients more poorly, and there’s a federal statute that says you can’t discriminate based on reimbursement source.”

Too often, he said, CMS “does not recognize the violation, or if it does recognize it, it doesn’t impose a penalty.”

The physical environment of nursing homes has become another source of problems. Traditional nursing homes built 30, 40 or 50 years ago were often modeled on hospitals, with long hallways and small, shared rooms.

“There’s a warehouse mentality that’s communicated by that kind of floor plan and architecture,” Carlson said. “For most people, our lives are not organized around our beds… we don’t sleep three-feet away from strangers.”

The Green House model of nursing care and others like it, in contrast, consists of small-scale, homelike units limited to groups of 10 to 12 older adults, each with their own private room. These models often operate with a “more enlightened” staffing arrangement, with nurse aides working consistently with the same residents, Carlson said.

Mickens, the Texas ombudsman, said one ongoing challenge in nursing homes is a lack of acknowledgment that residents have rights.

“They have a voice, and their voice and their preferences may be contrary to what the nursing home staff, to include the doctor, is wanting for them,” she said.

Even if it’s something as simple as getting a shower at night instead of 6 in the morning, the nursing home must strive to include that preference in the resident’s care plan.

Carlson agreed. He assembled a list, available through Justice in Aging, called 25 Common Nursing Home Problems and How to Resolve Them.

In addition to enforcement, everyone involved in the system – from hospital discharge planners to staff to family members to the residents themselves – must have higher standards, Carlson said.

Read next: Want to age at home instead of a nursing home? Consider this first

That’s the idea behind the guide, he said. If a facility says it is not going to honor a request “because it’s going to be too much of a hassle,” Carlson noted, the consumer can say, “No. Unacceptable.”

It will take a culture change, he said. And if the facilities don’t do it themselves, he added, consumers must say, “We’re going to change your culture for you. Because what you’re doing right now is not good enough.”

Emily Gurnon is the former Senior Content Editor covering health and caregiving for Next Avenue. Her stories include a series of articles on guardianship abuse that was funded by the Journalists in Aging Fellows Program. She previously spent 20 years as an award-winning newspaper reporter in the San Francisco Bay Area and St. Paul. Reach her through her website.

This article is part of The Future of Elder Care, a Next Avenue initiative with support from The John A. Hartford Foundation. This article is reprinted by permission from NextAvenue.org, © 2021 Twin Cities Public Television, Inc. All rights reserved.

Amazon Lives on the Edge, and Telecoms Should Tremble