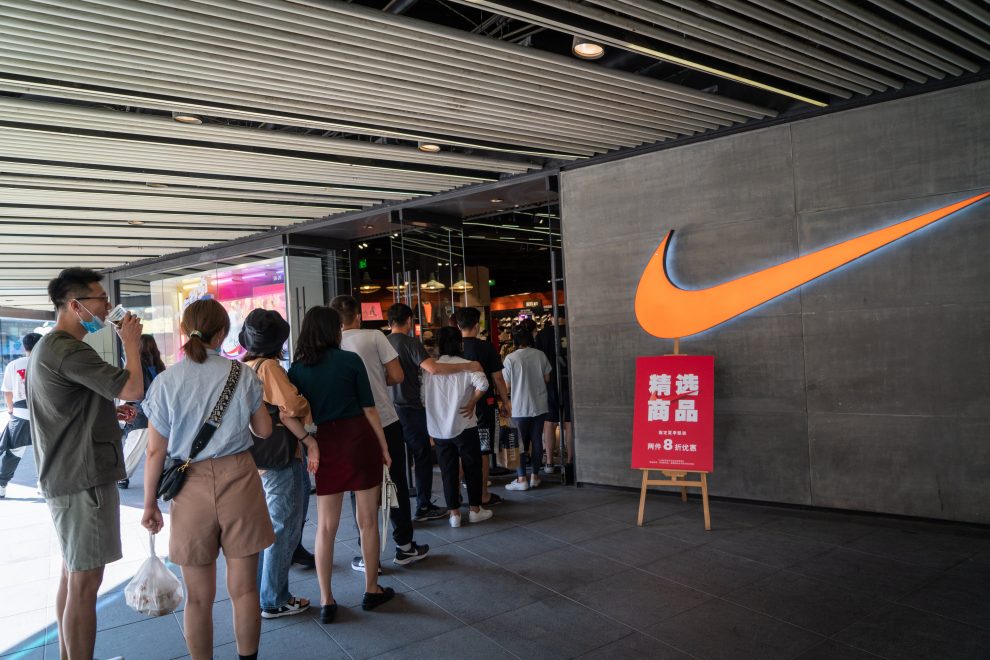 Parents were seen stocking up on sneakers for their kids this back-to-school season, and Nike's business finally started to pick back up overseas amid the coronavirus pandemic.  Read more...

Nike shares soared 13% in extended trading Tuesday as the company reported an 82% increase in online sales and offered up an outlook that calls for demand to grow through the holidays.

The company has used the coronavirus pandemic as an opportunity to accelerate its digital business, and its women’s apparel division grew nearly 200%. As parents stocked up on back-to-school items, and its business picked back up in key markets like China, Nike said its Jordan brand is looking “stronger than ever.”

The company also offered a fresh outlook for fiscal 2021, expecting sales to be up high single digits to low double digits from a year earlier. The outlook comes at a time when many of its rivals are avoiding financial guidance.

“We know that digital is the new normal. The consumer today is digitally grounded and simply will not revert back,” CEO John Donahoe said during an earnings conference call.

Here’s how the company did compared with what analysts were expecting, based on Refinitiv data:

Sales in China rose 6%, it said, while revenue in North America, Nike’s largest market, was down 2%. But North American sales of $4.23 billion were still ahead of analysts’ predictions for $3.39 billion.

Its latest results are a strong reversal for Nike after it experienced a bigger slump last quarter. At the end of June, Nike reported an unexpected loss, as its revenue tumbled 38% year over year, hurt by the temporary closure of stores during the pandemic.

But in the first quarter, Nike said the majority of its stores were back open even though traffic was down from year-ago levels. Like many other retailers, Nike is still limiting the number of people who can come into its stores at once, to try to help curb the spread of the virus. But when people do visit, they’re coming with the intent to buy, and Nike said conversion rates are up.

Meantime, Nike’s inventories totaled $6.7 billion at the end of the latest period, up 15% from a year earlier but down 9% from the prior quarter. The company said it “continued to strategically manage excess inventory resulting from a significant number of door closures and lower wholesale shipments globally.”

The biggest sneaker-maker in the U.S. has been investing in its website, mobile apps and owned stores, as more consumers are steering clear of department stores and shopping malls. It has been opening sprawling flagship locations in major markets as well as smaller-format shops to serve as pick-up hubs for online orders. Its investments are helping fuel its relative strength compared with other retailers that have been hit hard by the pandemic. Dozens, including Brooks Brothers, J.Crew, J.C. Penney and Neiman Marcus, have filed for bankruptcy protection this year.

A number of athletic-focused brands and retailers have also reported upbeat results in recent weeks, including Lululemon, Dick’s Sporting Goods and Peloton, as consumers are looking for comfortable clothing and workout gear during the Covid-19 crisis. Nike, and its peers, have benefited from this trend.

The pandemic is clearly accelerating Nike’s digital potential. The company has said its digital sales now make up at least 30% of its total quarterly sales, a threshold Nike had previously aimed to hit by 2023.

Looking to the first half of fiscal 2021, Friend said Nike is expecting revenue to be roughly flat compared with a year earlier. He said demand should pick up in the back-half of the year, as consumers return to buying items at full price, helping Nike meet its full-year expectations.

Nike shares as of Tuesday’s market close are up about 15% year to date. The company has a market cap of $182.5 billion. 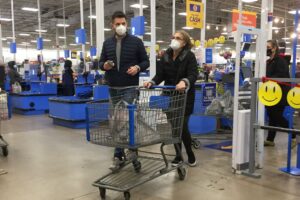 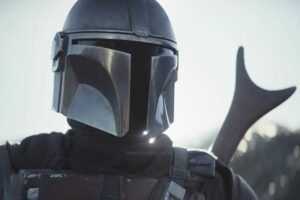 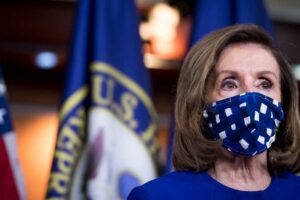 Tesla’s stock skids 6% as promised ‘Battery Day’ innovations remain off in the future
Kelley Blue Book: What is a mild hybrid? Electric-assist, not electric power; here’s how they work
Comment