Amid Covid-19 triggered shortages that have buffeted portions of the semiconductor industry, Nvidia has released a new generation of its graphics-processing units, or GPUs, for videogames and for servers. It also made a $40 billion bid to buy Arm Holdings and integrated its $6.9 billion acquisition of data-center hardware maker Mellanox. The generation of chips that Nvidia launched, called Ampere, holds substantial performance gains for videogames, especially in areas such as real-time raytracing, a technology that makes graphics look more realistic. Read More... 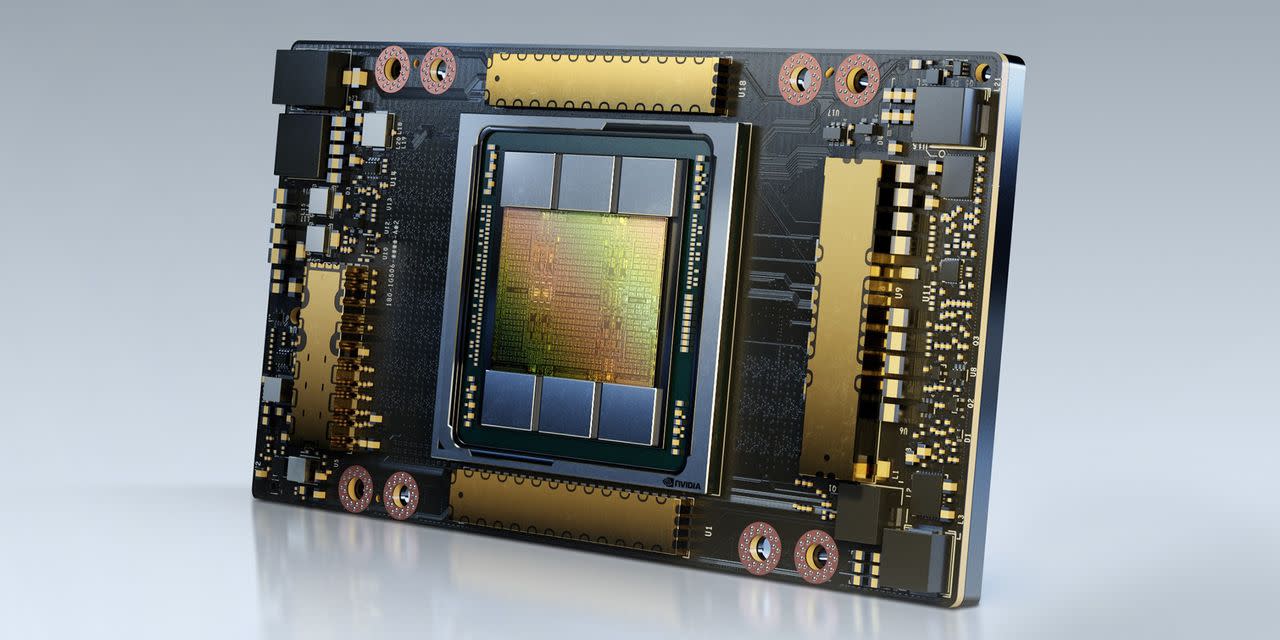 Palantir vs. Splunk: Which Data Analytics Stock Is A Better Pick?

The AT&T Spinoff Will Reshuffle Media. Here Are a Few Winners—and Losers.
Virgin Galactic Is Now a Buy With 71% Upside, Analyst Says
Comment

Outside the Box: Market got you down? How to construct a comeback portfolio

Congresswoman: ‘Shocking’ that FTC has only 8% of the staff the U.K. does devoted to privacy, data security