Nvidia stock is showing up on my screen for having a low implied volatility percentage. Nvidia has an IBD Composite Rating of 85, an EPS Rating of 97 and a Relative Strength Rating of 59. Long straddles on NVDA stock are very expensive, because the option prices are so high. Read More... 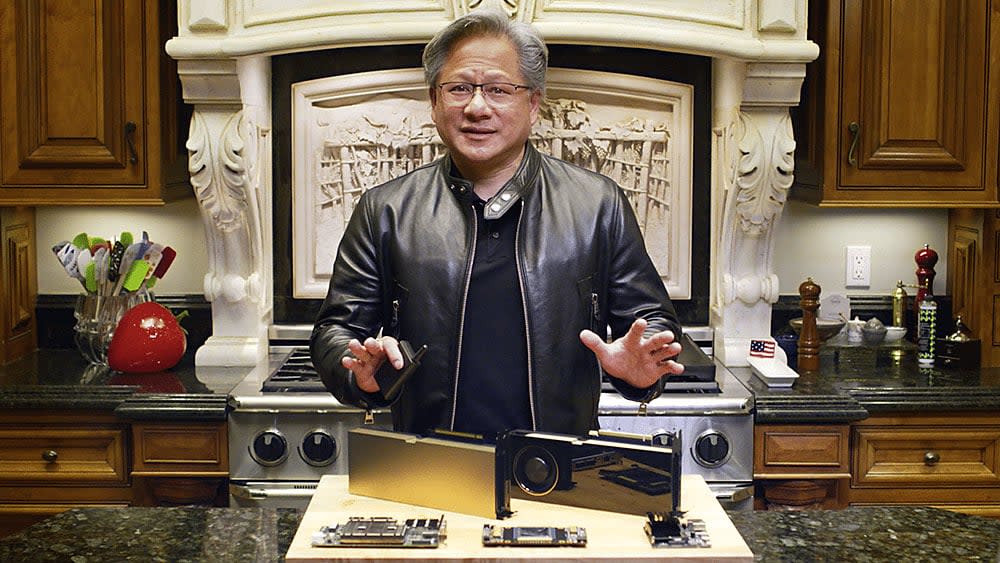 Scion of Billionaire Family Hunts for Cheap Assets in Venezuela

(Bloomberg) — The name Cisneros is synonymous with business acumen and opulence in the minds of Venezuelans old enough to remember the pre-Hugo Chavez years.Over generations, the billionaire family brought the Studebaker, Pepsi-Cola and department stores to the oil-rich country. It launched DirecTV in Latin America, ran beauty pageants, produced soap operas and owned banks, TV stations, ice-cream makers and brewers.Now, decades after having moved most of the family and its assets to the U.S. as Chavez was ramping up his socialist revolution, a new generation of Cisneros is scouring the ravaged economy for assets to buy on the cheap.Eduardo Cisneros, the grandson of patriarch Diego Cisneros, co-founded a private-equity fund in Florida that has raised over $200 million from investors, according to a filing with the SEC. The fund, called 3B1 Guacamaya Fund LP, has already used about $60 million of that cash to snap up Venezuelan businesses, including a paint maker, over the past year, according to several people with knowledge of the deals who asked not to be named because they weren’t authorized to speak publicly about the matter.In making the plunge, Eduardo and his partner — Rodrigo Bitar, the head of a boutique New York-based M&A shop — are positioning themselves as early arrivals in what could prove to be a scramble to acquire choice assets in the once-wealthy nation at deeply discounted prices. After years of mismanagement that triggered a 70% decline in the size of the economy and drove millions of Venezuelans to flee, Chavez’s hand-picked successor, Nicolas Maduro, is slowly embracing free-market reforms to alleviate the crisis and consolidate his hold on power.Some local analysts are actually predicting the economy will grow in 2021 as Maduro loosens Covid restrictions. An expansion, no matter how tepid, would halt a string of seven straight years of economic contraction.“The opportunities for profit are immensely high in the first phase of economic recovery,” said Peter West, an economic adviser at London’s EM Funding. “But you also have to be an investor with high appetite for risk, willing to dip your toes in the water.”The 3B1 Guacamaya fund operates in the same Coral Gables, Florida, headquarters as Cisneros Corporation, a consulting service with “young, modern and creative professional leadership” founded by brothers Eduardo, Andres and Henrique, according to its website.The fund acquired a majority stake in publicly-listed paint maker Corimon CA. The company hasn’t reported results since 2015. Back then, it had 1,300 employees working in 190 stores in Venezuela and several other countries in Latin America.Calls and messages seeking comment from Eduardo Cisneros, Cisneros Corp. General Counsel Mark Lopez and Bitar weren’t returned. Corimon’s chief executive officer Esteban Szekely also didn’t respond to calls and messages seeking comment.As limited as the deals have been so far — names of the other businesses acquired besides Corimon weren’t ascertainable — Cisneros and Bitar have quickly become the talk of the small, tight-knit community of dealmakers and financiers in leafy eastern Caracas. Two-hundred million dollars may not go far in most financial capitals in the world, but in Venezuela’s atrophied M&A market, it makes the duo an immediate force.And their arrival has some of the locals speculating that the proverbial bottom to the economy and market that they’ve been waiting on for decades — spanning all the way back to the collapse that followed the oil boom of the 1970s — may finally be approaching.Hemmed in by U.S. sanctions, Maduro is overseeing a reform push that includes an ad-hoc dollarization of the economy following years of hyperinflation and stifling government controls. His regime has also begun to offload dozens of key state enterprises to private investors in exchange for a share of the revenue or products.While Chavez seized thousands of private companies, the Cisneros family managed to retain control of the businesses they kept in the country. Today, Venezuelans still drink the family’s Regional beer, use phone and data plans from its wireless provider Digitel and watch its TV station Venevision.Diego Cisneros, a Cuban immigrant who settled in Venezuela, started the business empire in the 1930s.His sons Gustavo and Ricardo — who’s Eduardo’s father — took control of the organization in 1970, and in the 1980s, the clan began an expansion outside of its home market, buying up U.S.-based sports equipment and baby product maker Spalding & Evenflo and a stake in the Spanish-language broadcaster Univision.In 2000, the family made Florida its base for the Cisneros Group and kept expanding across the Americas, first under the leadership of Gustavo and then his daughter Adriana Cisneros. There is no link between Cisneros Group and Cisneros Corp. or 3B1 Guacamaya, Miguel Dvorak, the COO of Cisneros Group, said in a statement.Back in Caracas, a newly-formed local association for private capital named Venecapital held an event earlier this month entitled: “Venezuela, back on the radar of international investors.”In it, speakers heralded Venezuela as the frontier market with the greatest potential, saying those who seize opportunities in the nation aren’t sitting around waiting for the regime change that never seems to come. They pointed to telecom, real estate and the gas and oil service sectors as attractive targets for foreign investors.Maduro’s government approved a so-called anti-blockade law in October, opening a path to increased foreign investment in the energy industry, which was nationalized in the 1970s.Last year, Scale Capital, a Chilean investment and management firm, reached a deal to acquire DirecTV’s operations in Venezuela for an undisclosed amount.Last year an international fund called Phoenix Global Investment bought food-producer Cargill’s assets in Venezuela, where it had operated for 34 years. In August 2019, a Chilean investor group bought the local branch of U.S.-based insurer Liberty Mutual Holding Co.“The main risk is to enter too early, before the right conditions are set,” EM Funding’s West said. “It’s not hard to imagine a scenario in which things get worse, at least in the short term.”For more articles like this, please visit us at bloomberg.comSubscribe now to stay ahead with the most trusted business news source.©2021 Bloomberg L.P.

The Wall Street Journal: Saudis backtrack, now expect to have one-third of crude output back online by Monday

How Amazon (AMZN) Stock Stands Out in a Strong Industry