New York City was the first major metropolis to announce proof of vaccination rules for businesses such as bars and restaurants Read More... 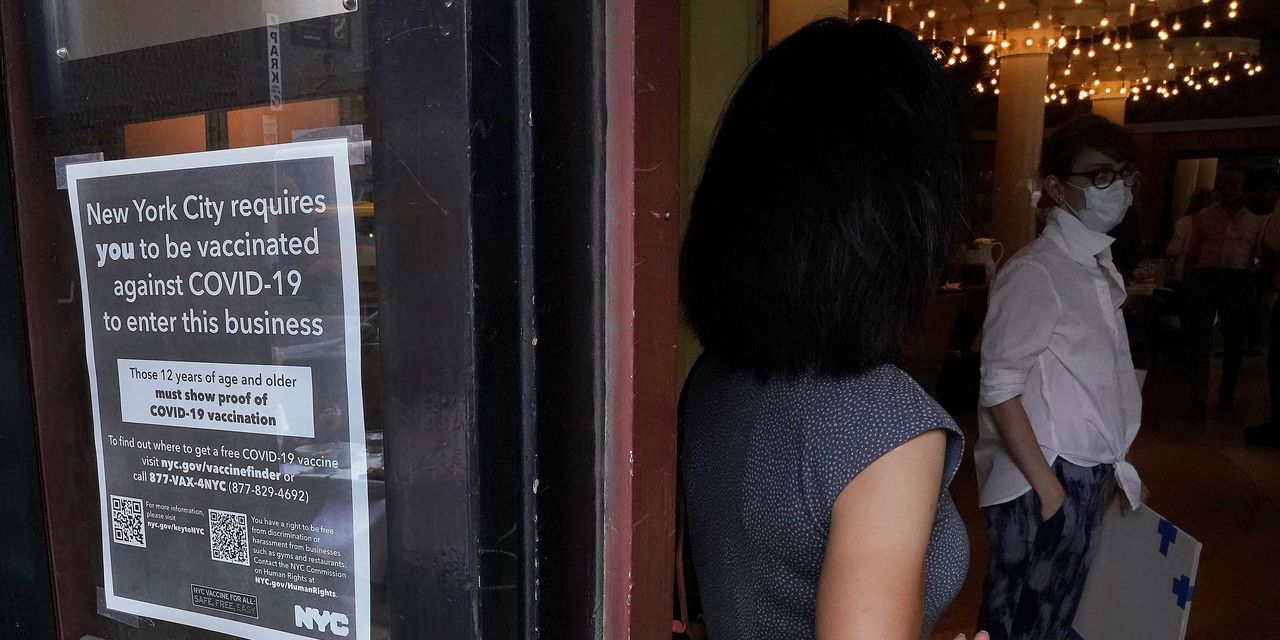 Just as soon as New York City’s proof-of-vaccination rules went into effect at restaurants, bars and gyms, some local restaurant owners are suing to strike them down, saying the requirements will inflict too much damage on their business.

Earlier this month, New York City became the first major metropolis to announce vaccination proof rules for customers in certain establishments including indoor restaurants, bars and gyms. Before then, some bars and restaurants were already making the decision to ask customers for proof.

Since New York City unveiled its rules, cities like New Orleans and San Francisco announced their own similar orders.

New York City’s rules — which require proof of at least one jab — took effect on Aug. 17 and enforcement begins Sept. 13.

By requiring proof at drinking establishments, eateries and gyms, the city is holding one portion of businesses to a tougher standard than others, the lawsuit alleged.

Other commercial businesses such as grocery stores and hair salons don’t have to ask customers and workers about proof of vaccination, the filing noted.

The lawsuit is a courtroom test for a new method to prod vaccination and fight rising COVID-19 case counts. Judges have already ruled that employers and universities can require vaccination for work or presence on campuses. Last week, Supreme Court Justice Amy Coney Barrett refused to block Indiana University’s vaccine mandate for students and employees.

“I’ve had the conversation with the Law Department, tremendous confidence that we’re in a very strong legal position,” de Blasio said Wednesday when asked about the lawsuit filed in Staten Island’s state court.

Representatives for the plaintiffs could not be immediately reached for comment.

As of Wednesday, 75% of all adult New Yorkers have at least one of the COVID-19 vaccine shots, according to Ted Long, executive director of the city’s testing and contact tracing efforts.

Just over 72% of the country’s adult population has at least one dose and 61.8% are fully vaccinated, according to the U.S. Centers for Disease Control and Prevention.

Aaron Saiger, a Fordham University School of Law professor, said a legal win against the city was a tall order.

“City officials have every right to impose reasonable restrictions to blunt the spread of COVID-19,” said Saiger. The plaintiffs complained they were being singled out and Saiger agreed — but said it was reasonable for the city to do that because diners eat without masks and people breathe heavily when exercising.

“The extra risks associated with restaurants and gyms are more than enough to justify the new policy, even if other dangerous activities have been left unregulated for now,” he said.

What’s Ahead Under President Joe Biden, Industry by Industry