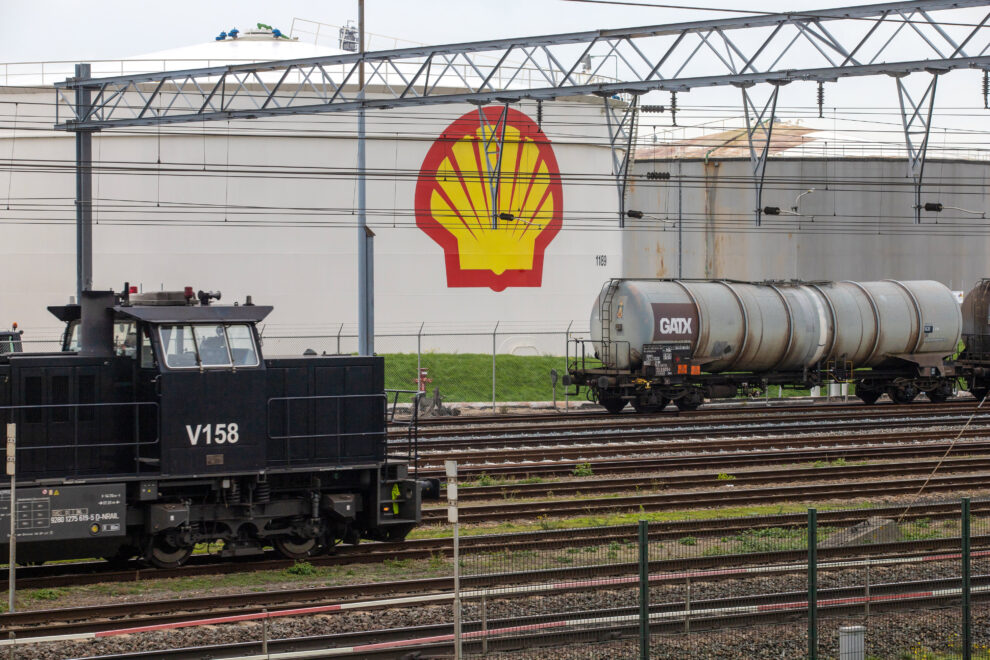 Shell revealed plans to raise its dividend per share by around 15% for the fourth quarter. Read more...

The logo of Shell on an oil storage silo, beyond railway tanker wagons at the company’s Pernis refinery in Rotterdam, Netherlands, on Sunday, Oct. 23, 2022.

British oil major Shell on Thursday reported that quarterly profits more than doubled from the same period last year, but lower refining and trading revenues brought an end to its run of record earnings.

The oil giant said it planned to increase its dividend per share by around 15% for the fourth quarter 2022, to be paid out in March 2023. It also announced a new share buyback program, which is set to result in an additional $4 billion of distributions and is expected to be completed by its next earnings release.

Shares of Shell rose 3% during morning deals in London. The firm’s stock price is up over 42% year-to-date.

It has coincided with calls for higher taxes on the bumper profits of Britain’s biggest oil and gas companies, particularly at a time when the country faces a deepening cost-of-living crisis.

Shell warned in an update earlier this month that lower refining and chemicals margins and weaker gas trading were likely to negatively impact third-quarter earnings.

On Thursday, the company said a recovery in global product supply had contributed to lower refining margins in the third quarter, and gas trading earnings had also fallen.

“The trading and optimisation contributions were mainly impacted by a combination of seasonality and supply constraints, coupled with substantial differences between paper and physical realisations in a volatile and dislocated market,” Shell said in its earnings release.

What about renewable investments?

Shell CEO Ben van Beurden said in a statement that the firm’s “robust” results come at a time of ongoing energy market volatility.

“We continue to strengthen Shell’s portfolio through disciplined investment and transform the company for a low-carbon future. At the same time we are working closely with governments and customers to address their short and long-term energy needs,” he added.

In the first nine months of the year, Shell’s investments in its “Renewables & Energy Solutions” sector came to around $2.4 million, roughly 14% of its total cash capital expenditures of $17.5 million.

“Without presenting a clear breakdown, it remains unclear how much Shell actually invests in renewable energy.”

Van Baal added, “We still don’t see Shell using this once in a lifetime opportunity to invest in diversification to ensure the long-term future of the company.”

The group’s results come soon after it was announced CEO Ben van Beurden will step down at the end of the year after nearly a decade at the helm.

Wael Sawan, currently Shell’s director of integrated gas, renewables and energy solutions, will become its next chief executive on Jan. 1.

A dual Lebanese-Canadian national, Sawan has held roles in downstream retail and various commercial projects during his 25-year career at Shell.

“I’m looking forward to channelling the pioneering spirit and passion of our incredible people to rise to the immense challenges, and grasp the opportunities presented by the energy transition,” Sawan said in a statement on Sept. 15, adding that it was an honor to follow van Beurden’s leadership.

“We will be disciplined and value focused, as we work with our customers and partners to deliver the reliable, affordable and cleaner energy the world needs.”