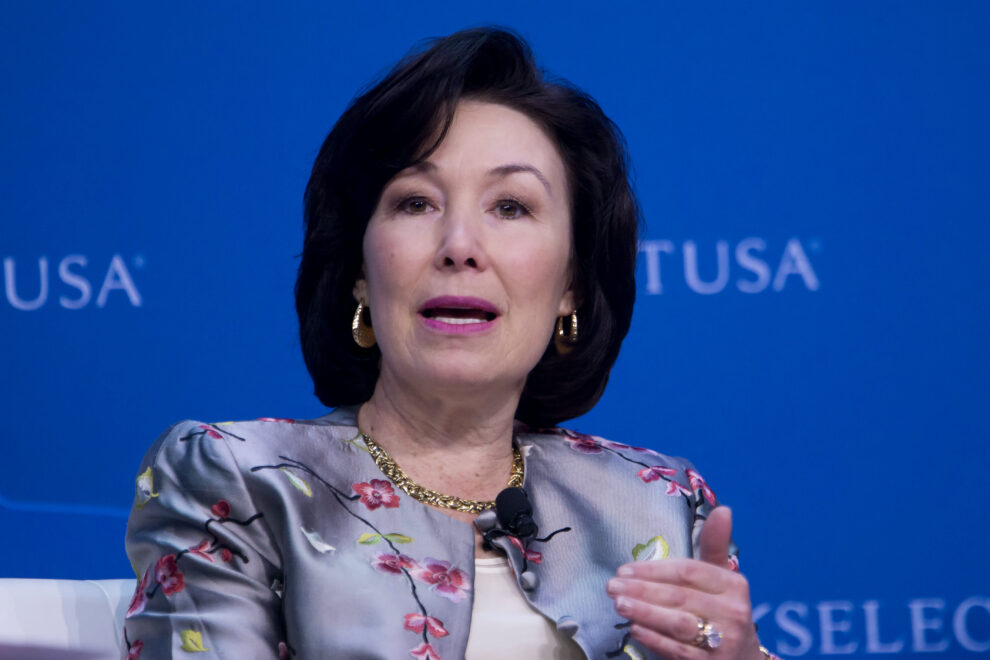 Safra Catz, co-chief executive officer of Oracle Corp., speaks during the SelectUSA Investment Summit in Oxon Hill, Maryland, U.S., on Monday, June 19, 2017. The SelectUSA Investment Summit brings together companies from all over the world, economic development organizations from every corner of the nation and other parties working to facilitate foreign direct investment (FDI) in the United States.

Oracle shares fell as much as 2% in extended trading Thursday after the company reported fiscal second-quarter earnings that beat analysts’ expectations. The shares recovered after the company issued better-than-expected quarterly guidance.

Oracle’s revenue grew nearly 2% year over year in the quarter, which ended Nov. 30, according to a statement. In the prior quarter revenue increased by almost 2%.

The company pointed to growth from cloud services, which are more in demand this year because the coronavirus has forced many corporate workers to telecommute. At the same time, it continues to offer more traditional services to businesses, some of which have been hit hard by the pandemic.

“We would have had more revenue growth if we had not been capacity constrained in OCI during Q2,” Larry Ellison, Oracle’s co-founder and chairman, told analysts on a conference call. He was referring to Oracle’s cloud infrastructure, which competes with the likes of Amazon Web Services and Microsoft Azure.

But smaller parts of Oracle’s business declined. The company’s cloud license and on-premises license segment contributed $1.09 billion in revenue, down 3%. Analysts polled by FactSet had been looking for $1.13 billion.

Oracle’s hardware revenue totaled $844 million, down 3% although just above the $838 million FactSet analyst consensus. The company’s $752 million in services revenue, while slightly more than the $750 million consensus, was off by 7%.

“So the pandemic affects us in some ways negatively, in some ways positively, simply because of our size and breadth of customer base, it affects them differently,” Catz said. “And so obviously our hospitality customers have had a very difficult time of it in the main. Some of our retail customers have done horribly, some have done very, very well.”

In the quarter President Donald Trump said he had agreed in principle to a deal that would involve moving U.S. user data for video-sharing app TikTok to Oracle’s cloud infrastructure. Oracle said it would become a 12.5% owner of TikTok Global as part of the deal. The deal is not final.

Oracle also announced the availability of a cloud service that organizations can use to monitor the health of different parts of applications running in clouds and on-premises centers.

In One Chart: The first $1 billion R-rated movie? Here’s all the ways ‘Joker’ is breaking records

3 Unstoppable Stocks to Buy With Your Stimulus Check