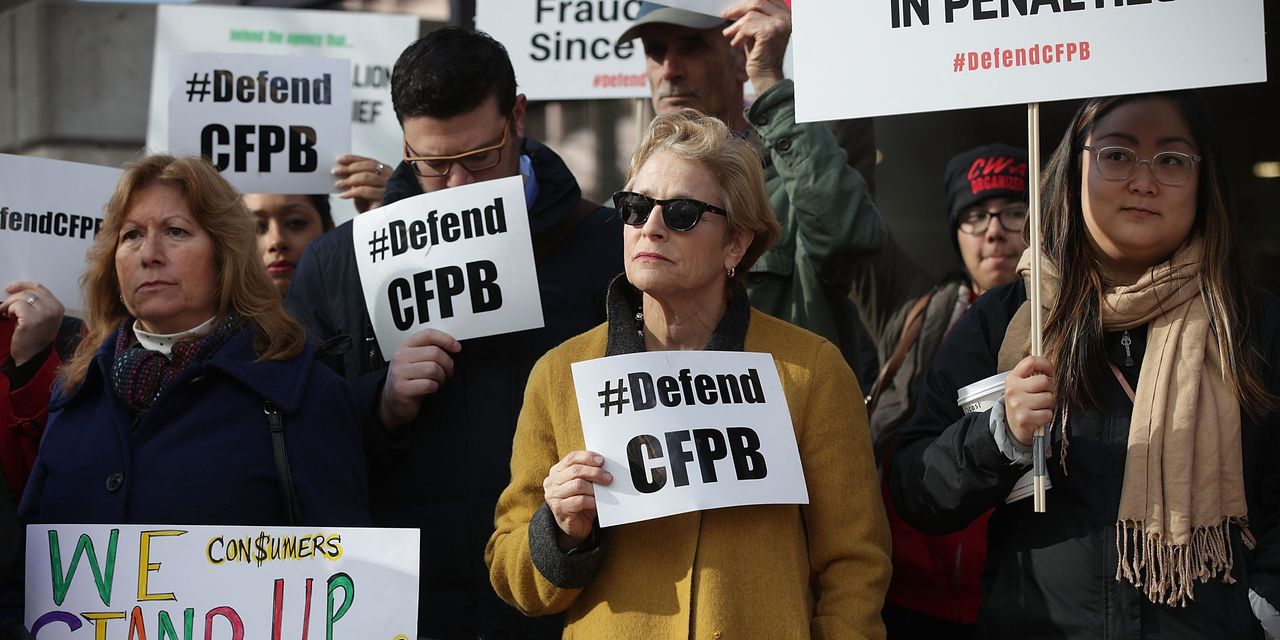 “Corruption, embezzlement, fraud,” Alan Greenspan, the longtime chairman of the Federal Reserve once said, “are all characteristics which exist everywhere…what successful economies do is keep it to a minimum. No one has ever eliminated any of that stuff.”

But we keep trying, which helps explain one of the federal government’s newer bureaucracies, the Consumer Financial Protection Bureau (CFPB), which is marking its 10th anniversary.

Founded in the wake of the financial crisis — and near meltdown — of the U.S. economy between 2007 and 2009, the CFPB tries, as its name implies, to protect consumers “from unfair, deceptive, or abusive practices and take action against companies that break the law.” It also works to “arm people with the information, steps, and tools that they need to make smart financial decisions.”

Critics — i.e. Wall Street and Republicans — have long detested the agency, accusing it and its 1,500+ employees of having too much power, and trying to foist too many burdensome regulations on the financial services industry. The criticism has been fierce from the beginning and has never let up.

It is “unaccountable” and “headed by a single dictator,” said then-Alabama Sen. Richard Shelby in 2011, the ranking Republican on the Committee on Banking, Housing and Urban Affairs. Fast forward to 2020 when, after the election of Joe Biden the question asked by the conservative-leaning American Banker was “How Far Left Will the CFPB Swing in 2021?”

Yet the industry has raked in tens of billions annually since the agency stood up, including last year, when “Wall Street profits soared during the first half of 2020, amid the worst pandemic in a century,” said one MarketWatch headline, for example. This year, blowout earnings reports, a slew of dividend hikes and steep raises and bonuses to employees further undercuts the notion that the industry is hurting from CFPB efforts.

Banks got more favorable treatment during the administration of President Donald Trump—he killed, for example, a CFPB rule that made it easier for consumers to sue financial firms (the firms believed it was too heavy-handed), and sought to roll back efforts to curb predatory lending. But regulations have tightened since his departure; three weeks ago, President Joe Biden signed a bill striking down the ability of predatory lenders to gouge their customers. Biden, through his Education Department, has also displeased lenders by erasing some $1.5 billion in school loans; the White House has signaled that more cancellations will likely follow.

Has the CFPB been successful? Judging by its first objective — to protect consumers from unfair, deceptive or abusive practices — it’s reasonable to say that there have been results. Some $14.4 billion in consumer relief and another $1.7 billion in civil penalties have been won since the agency stood up, according to the CFPB’s acting director Dave Uejio.

“We’ve helped millions of consumers and stopped a variety of egregious practices,” Uejio said in a conference call on Monday.

Most of these wins have escaped public attention, but not its two biggest victories. In 2012, the CFPB ordered Capital One Bank to return some $140 million to consumers for pressuring them to pay for “add-on products” like payment protection and credit monitoring when they activated credit cards.

Four years later, it helped expose widespread fraud at Wells Fargo & Co., whose employees had secretly opened millions of phony bank and credit card accounts in customers’ names. The bank was ordered to pay money back to victims who were charged fees on those ghost accounts. That fall, the bank paid $185 million to settle charges against it, and the bank’s board forced CEO Officer John Stumpf to resign and forfeit $41 million.

But that was peanuts compared to the $1 billion fine the CFPB slammed the bank with in 2018 for scheming to force customers into car insurance deals and charging mortgage borrowers unfair fees.

Read: Here’s what Wells Fargo did to trigger a $1 billion fine

Aside from these high-profile cases, Sen. Elizabeth Warren, (D-MA), who was instrumental in the CFPB’s formation, said the agency hasn’t gotten a lot of attention because much of its work has been focused on helping Americans who are less savvy financially and thus more vulnerable to being taken advantage of.

“I’m particularly bothered by overdraft fees, which squeeze every last penny out of customers who are struggling,” she said. She also singled out predatory auto lending — the third biggest category of household debt behind mortgages and student loans — “and the area where we now see the most predatory tricks and traps, especially against consumers of color.”

One problem with this never-ending game of cops and robbers is that the bad guys always seem to be a step ahead. For all the CFPB’s successes, consider the following two examples:

Scams are also proliferating in the largely unregulated cryptocurrency market, another area where the regulators are playing catch up. Another government agency, the Federal Trade Commission, says since last fall alone, it has gotten complaints from 7,000 who claimed to have been fleeced out of some $80 million, up some 1,000% year-over-year.

Of course, this calls to mind the second expressed objective of the CFPB: to “arm people with the information, steps, and tools that they need to make smart financial decisions.” I’ve no doubt that some of those 7,000 people and some of that $80 million that went poof was the result of scams. But I’m guessing that some of it is also due to individuals making poor decisions, succumbing to greed and all the rest.

Albeit well-meaning, it’s bureaucratic conceit to imagine that millions of people can easily be given the smarts to handle their money better and avoid falling prey to crooks and sharpies. Perhaps this is something that should start long before people start getting credit cards, taking out loans and all the rest? A Charles Schwab report notes that “only 21 states currently require high-school students to complete a personal finance course.” That’s just asking for trouble down the road — the kind of trouble the CFPB is trying to stamp out.

Wall Street has deep pockets and lots of friends in Washington. The little guy is short on both. Any government agency that tries to help the latter is OK by me.

Is Snowflake Stock A Buy? Software Maker Sets Path To $10 Billion In Revenue By 2028
Twilio Earnings Preview: What to Watch
Comment

Earnings Watch: Lyft earnings preview: With Uber setting a new path to profitability, could Lyft be far behind?

Earnings Watch: The Dow is about to face its stiffest test in years